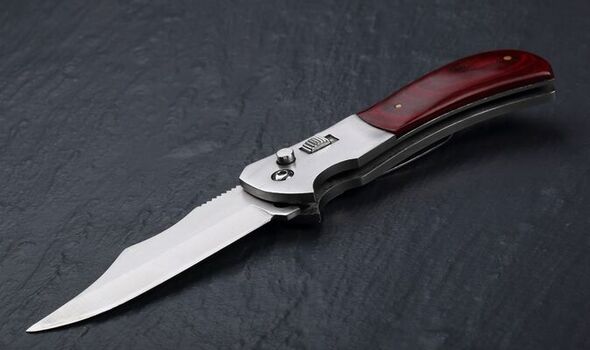 An investigation by consumer watchdog Which? found weapons on sale on Amazon, Wish, eBay and AliExpress for as little as 49p. The consumer champion searched for weapons such as zombie and flick knives, knuckle dusters, swords and batons – which are banned from sale in the UK.

Researchers revealed they were sent promotions by retailers offering weapons at discounted prices.

Which? said some sellers are deliberately using special characters to avoid detection from the online marketplaces.

AliExpress also targeted Which? with promotional emails for cut price blades after the watchdog searched for weapons on the site.

Researchers were also sent an email promotion for a knife with a skull design on the blade, priced at £9.63 – prompting renewed calls for the marketplaces to crack down on sales on their sites.

Sue Davies, Which? Head of Consumer Protection Policy, said: “It is disturbing that our latest investigation has uncovered illegal weapons being sold on online marketplaces at extraordinarily cheap prices and that these tech firms are also pushing additional dangerous items to people. This raises big question marks over the checks and monitoring being done by these platforms.

Some of the listings Which? found used special characters, such as ‘b?t ?’, in the title or only used the word baton in the artwork – presumably to avoid detection by Amazon. Some of the images on the listings indicated that they could be used for self-defence and fighting.

On eBay, Which?’s experts found a variety of illegal swords, zombie knives, and knuckle dusters, including a 23-inch steel serrated-edged zombie knife (£27) and a 27-inch zombie blade with a red fire design (£32)

Which? found the widest selection of weapons for sale on AliExpress and Wish – with simple searches of the terms ‘flick knife’, ‘automatic opening knife’ and ‘spring assisted knives’ returning dozens of results on each, many priced at less than £10 and some even marketed for self-defence.

On Wish, Which? was able to find a large number of flick knives and at least a dozen butterfly knives.

Caroline Liggins, Head of Youth Team at law firm Hodge Jones & Allen, told Which?: “I was shocked, I thought they were going to be expensive and they were about £9. We were shocked by how easy it is to buy them. It’s pocket money, isn’t it. When we looked there were no signs warning about how old you have to be to buy these products and no warnings about what is lawful or unlawful.”

Kerry Spence, Deputy Head of Criminal Defence at the same law firm, added that she had been involved in a case where a school child had bought “hundreds” of blades from marketplaces using a parent’s bank card. They sold them to other children for ‘protection’ at a markup. It is illegal to sell blades to anyone under 18.

He said: “I’m surprised from a moral perspective that websites are selling these types of products. When weapons of this nature get into the hands of people who have criminal intent, then that outcome can be catastrophic.”

Amazon and eBay said they had removed all the listings reported to them by Which?. Wish said it is in the process of removing the reported listings.

Amazon said it would take “appropriate enforcement” against the baton sellers, eBay said it was investigating why the items were not blocked to UK buyers and Wish said it was “exploring remedial action against any offending merchants.”

AliExpress said it had removed the listings. However, Which? has received two further promotional emails from AliExpress since its initial response – one offering a ‘self defence’ flick knife for £2.83.