The expert claims that over the last year the Duke and Duchess of Oxford have been publicly much more affectionate and its all because of Prince Harry and Meghan Markle. Yesterday Prince William and Kate attended an event celebrating Shout’s Crisis Volunteers. They both appeared on stage to celebrate their new mental health line Shout, just launched with Prince Harry and Meghan Markle.

Whilst neither the Duke or Duchess of Sussex were there it seems Prince William is following his Brother’s example placing a hand on Kate’s back.

Body language expert, Judi James, said: “There does seem to be a slow but steady increase in the PDA rate between Kate and William over the past year or so, with this affectionate back-stroke display being the most recent example.

“The couple might not simply be taking their lead from the intensely-tactile Harry and Meghan, but the way that the Sussex’s PDAs have been positively received might just have allowed the normally super-formal and quite traditionally royal William to relax a little and show his affection for his wife more openly now and again.”

Going further she added there may be more meaning behind the displays of PDA and its because of the Queen’s opinion of the Duchess. 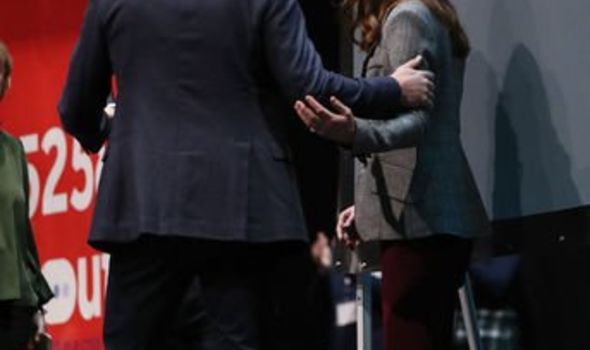 “Kate’s profile and status as an individual within the royal pecking order does seem to have grown and it’s clear from the Queen’s body language when she’s with her granddaughter-in-law that she both approves of and feels affection for Kate.”

Other reasons Judi James added could be the addition of the third child for the pair, bringing the couple closer as well as the rumours circulating the Sussex’s.

Judi continued: “Also the rift between William and Harry must have caused emotional upset for both of the brothers, and that could have meant William being even more grateful for his wife’s support than usual.

“Also, with two children off to school and their latest adorable baby Louis, it’s probably only right that William relaxes a little and uses touches and tie-signs with Kate that signal respect as well as love for her in public.” 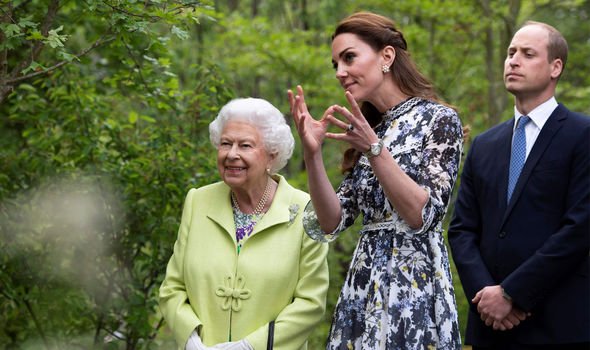 The speculation around the couples displays of affection comes as it has been revealed that Prince William broke with tradition when he proposed to the Duchess.

They started dating while they were both students at the University of St Andrew’s in Scotland, soon becoming university sweethearts.

While they hit a brief rough patch in 2007 and split up for a few months, it wasn’t long until William asked Kate if she would like to get back together.

Speculation had been rife for years about whether Kate would be the one William would end up with and the engagement announcement in 2010 was welcome news to fans. 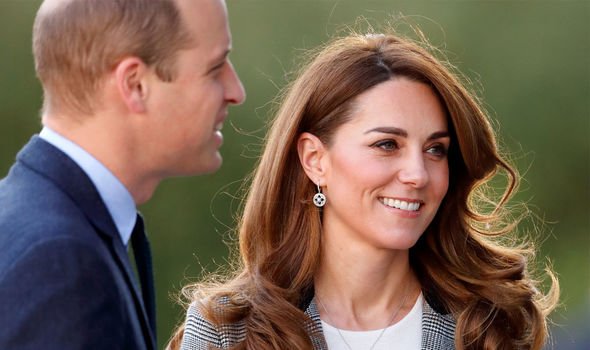 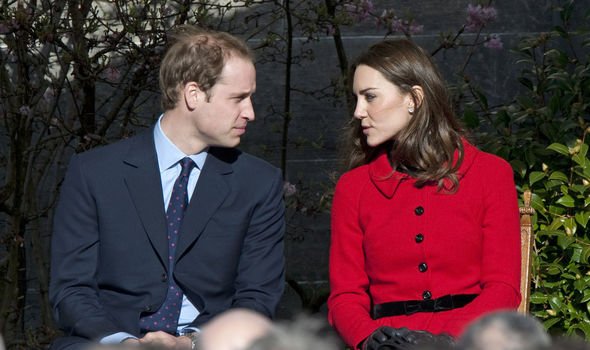 In their first ever joint interview, broadcast on Sky News in November 2010, the couple were asked for details on how he proposed.

The royal replied: “Well I was torn between asking Kate’s dad first and then the realisation that he might actually say no dawned upon me.

“So I thought if I ask Kate first, then he can’t really say no, so I did it that way round.

“I managed to speak to Mike sort of soon after it happened really and then it happened from there.”

Despite breaking with tradition some argue William showed signs of how the monarchy was modernising when he decided to ask Kate first.

The couple were then asked: “Kate what did your mother say?” 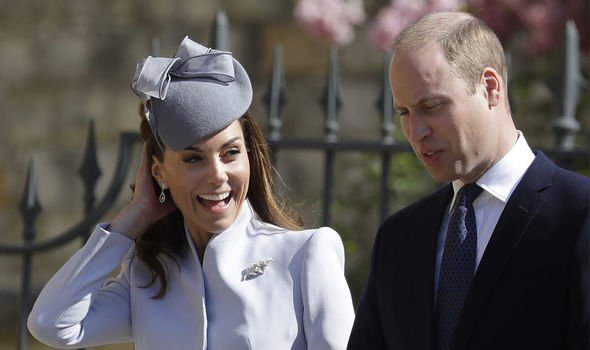 The Duchess replied sheepishly: “I think as any mother would be, she’s absolutely over the moon and actually we had quite an awkward situation because I knew, and I knew William had asked my father, but I didn’t know if my mother knew so I came back from Scotland and my mother didn’t make it clear whether she knew or not.

“So both of us were there, looking at each other and feeling quite awkward about it! But it was obvious she was very happy for us.”