Guy Verhofstadt has been a longstanding critic of Brexit in the European Parliament, regularly taking aim at eurosceptics in the UK. Today he took to social media to intervene on the disagreement surrounding Northern Ireland post-Brexit. The MEP and former Brexit representative for the European Parliament posted: “Never forget: this Brexit was a result of choices made by the British Government.

“Different choices were also possible. But the protocol is the only way to protect peace in Northern Ireland.

“Everyone has come to terms with this except those in who cheered it on!”

This isn’t the first time he has hit out at Brexiteers.

A month after the UK voted to leave the EU in 2016, he warned that Britain was becoming an “adversary” for Brussels. 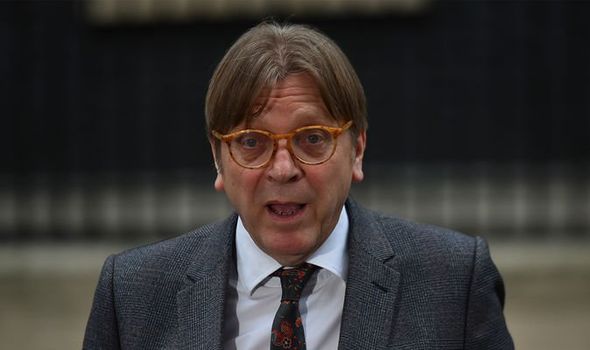 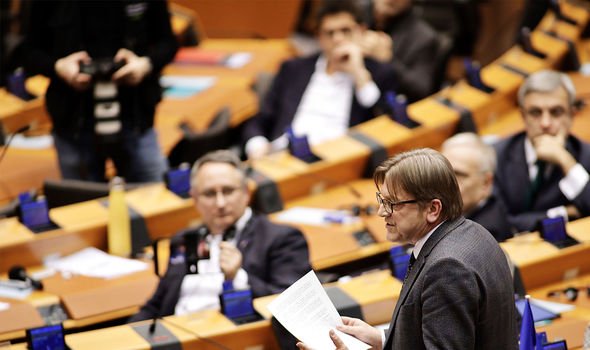 He said: “Politically, the UK is already on its way to becoming an adversary, rather than a trusted partner, of the EU… [Theresa] May actually opposed Brexit.

“Yet her anti-European hostility differs only in degree, not in kind, from that of pro-Brexit politicians… who rejoice at the possibility of additional exit referenda across the EU.”

Mr Verhofstadt has tried his best to prevent the UK from voting Leave, warning before the vote that Britons would be “stupid” to opt for an EU exit.

He said in February 2016: “[British citizens] are not so stupid to give up [EU membership]… which is economically important for them… and secondly … geopolitically, British citizens know very well that Britain without the EU is in fact a dwarf on the world level. 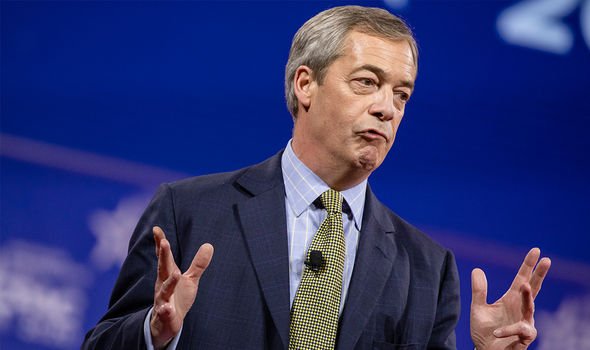 “The only winners from a Brexit would be Nigel Farage and Vladimir Putin; who would relish a divided Europe.”

Even as far back as January 2013 he had argued for Britain remaining in the bloc.

At the time he said: “[Brexit] is stupidity for a country with 53 percent of its exports going to the Continent and to the rest of Europe. It’s even so stupid that Britain’s best friends, the US, don’t understand it all.”. 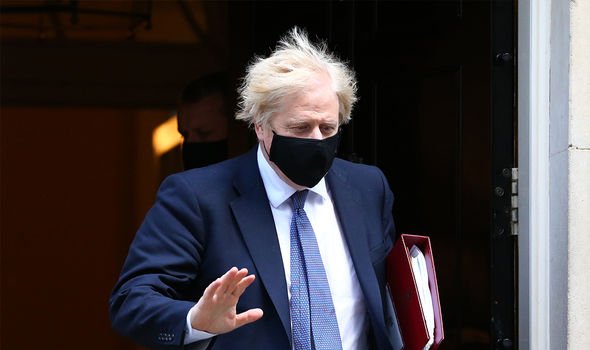 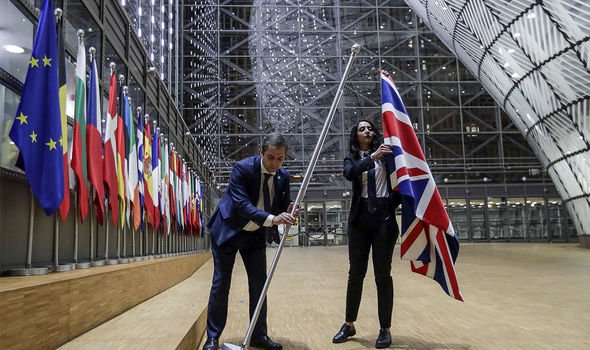 He posted an article about Dominic Cummings and his several accusations about Prime Minister Boris Johnson during the pandemic, claiming he is “unfit” to lead the country.