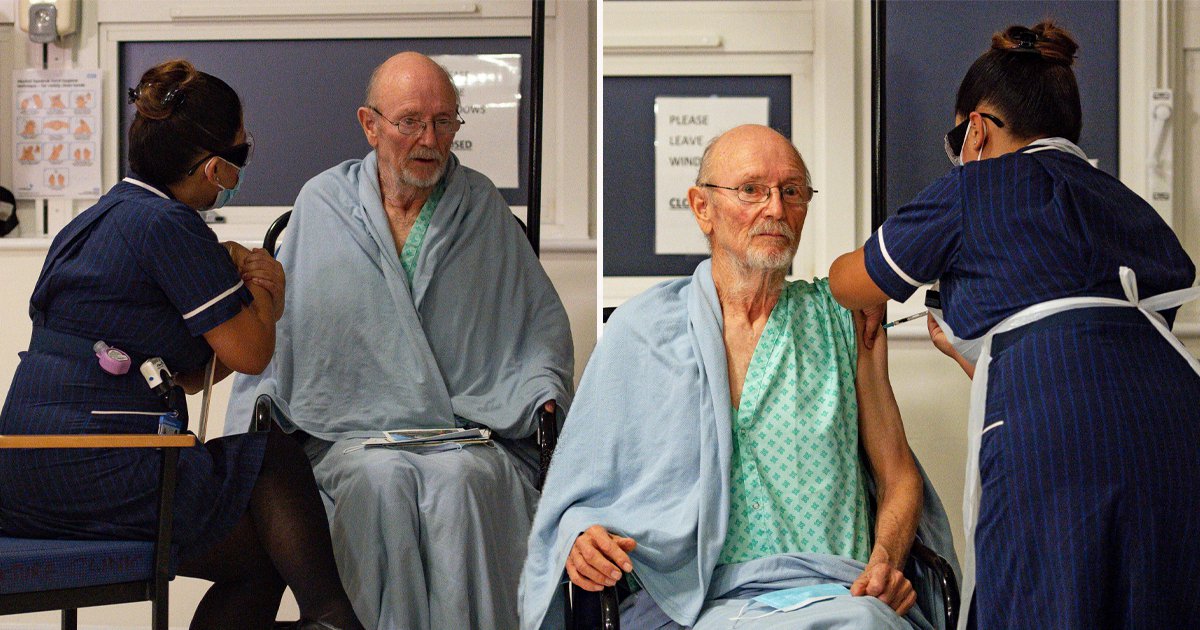 The first man in the world to get their Covid vaccine has died after an unrelated period of illness.

William Shakespeare, 81, had his Pfizer jab on December 8 last year, shortly after 91-year-old Margaret Keenan became the first person to ever get a dose.

He died on Thursday at University Hospital Coventry and Warwickshire – the same place he made history and got his vaccine.

Coventry councillor Jayne Innes, a friend of Mr Shakespeare, said the ‘best tribute to Bill is to have the jab’.

Mr Shakespeare leaves behind his wife Joy, their two sons and his grandchildren.

He lived a fulfilling life with several roles that revolved around serving others.

He was a parish councillor for 30 years, chairman of the parish council for 20 years and a governor at both Allesley Primary School and Coundon Court School.

He also worked for Rolls Royce at one point.

Mr Shakespeare was a ‘much loved figure’ of the Coventry Labour party, and he was passionate about encouraging people to get their vaccines.

Cllr Innes said: ‘He was such a lovely man, one who had a real commitment to making his local area better.

‘During lockdown local families will have enjoyed walking amongst the trees planted by Bill and his colleagues in Allesley back in the 1980s.

‘He was also very involved with the creation of the Coundon Wood in 2005 and in fundraising for the purchase of Elkin Wood, now managed by the Woodland Trust in 1997.

‘Bill was a life-long campaigner, so he was delighted to be able to help encourage everyone to have the vaccine in order to return to all the things we enjoy in life.

‘I know that he will be greatly missed not only by members, but by colleagues across the constituency and beyond,’ she said.

His funeral is yet to be arranged.