Tour de France winner Geraint Thomas said he had a “surreal” conversation with Prince William as he collected his OBE at Buckingham Palace.

Thomas, who became a father three weeks ago, swapped parenting tales and chatted about the rugby with the Duke of Cambridge at an investiture ceremony.

The double Olympic champion was recognised for his services to cycling, after winning the Tour de France last year. Speaking after collecting his honour from William, the Welshman said: “It was an honour to meet him. It was surreal.

“He asked how the sleepless nights were going.

“He said their first one took a while for his sleep to kick in. 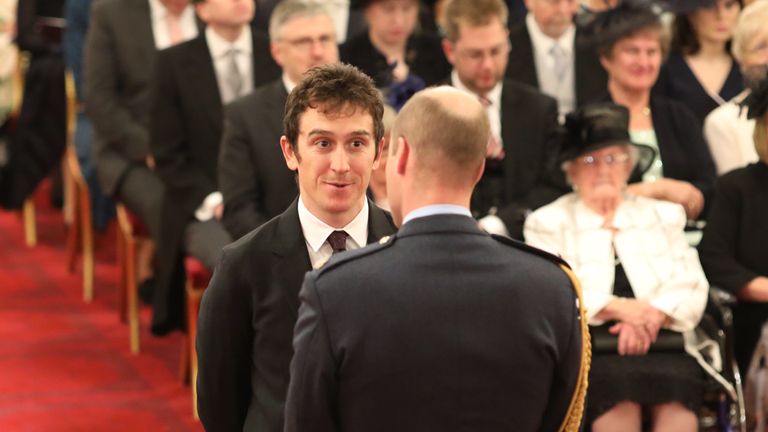 “You don’t really know what to expect, but to chat to him about the rugby and my baby was surreal.” 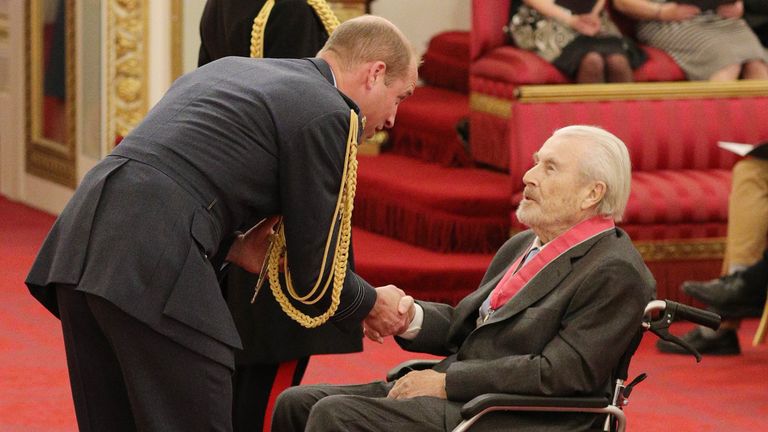 He said William recognised him after they met in Davos earlier this year, when the Duke interviewed Sir David, and praised the royal as “very supportive”.

“The duke is such a passionate advocate for the natural world.” Ms Christie, known as Bunny, received an OBE for services to theatre, and said she agreed with Prince William when he told her he needed to go to the theatre more.

Author Sarah Waters, who was shortlisted for the Man Booker Price, received an honour for services to literature. But despite that portfolio, he said the honour “surpasses anything I’ve had happen to me in my life”.

Wildlife conservationist Jonathan Vaughan received an MBE for his service to combating the illegal wildlife trade.

He said it was “delightful” to have the honour given to him by William because “it’s a topic the duke knows well”.

Lockdown warning: Everyone over 45 ‘told to stay at home’ to avoid second COVID-19 wave