Home » Europe » Furious Brexit row erupts on Jeremy Vine as guests in heated clash – ‘We are a democracy!’

Furious Brexit row erupts on Jeremy Vine as guests in heated clash – ‘We are a democracy!’

Jeremy Vine branded the European Union “shambolic” in the wake of the coronavirus crisis and subsequent economic fallout. His remark sparked a furious Brexit row between his guests Nana Akua and Jemma Forte, who argued about the UK’s impending departure from EU trade talks. The show had been discussing Angela Merkel’s recent claim that the EU should be prepared for a no deal Brexit.

Mrs Merkel announcement came the day after Boris Johnson warned the German leader that Britain was “ready” to walk away without a deal.

On the Channel 5 panel discussion, Vine said: “The coronavirus crisis has left us seeing what a shambles the EU are.

“There has been virtually nothing from them.”

Jemma Forte responded: “They have recently reached out to us to ask if we want to join their vaccine research programme, we shunted that.” 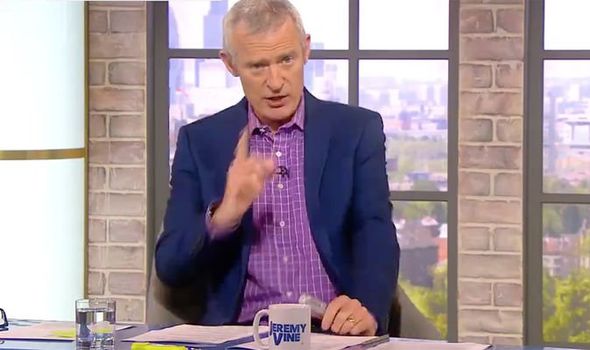 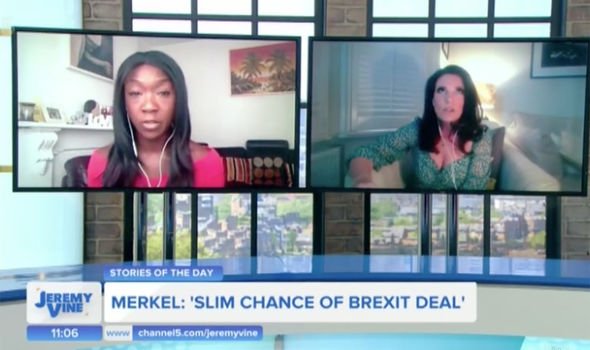 She continued: “We obviously turned down the ventilators. That would have saved lives.

“Also, Europe seems stronger as a result of us living. If you look at surveys, they are all more in favour of the EU than they were before.

“So, Nana, the idea that they need us more than we need them is absolutely ludicrous. It is so damaging.”

Nana Akua hit back: “There’s no way of measuring if someone needs you more than you need them. That isn’t a useful statement. 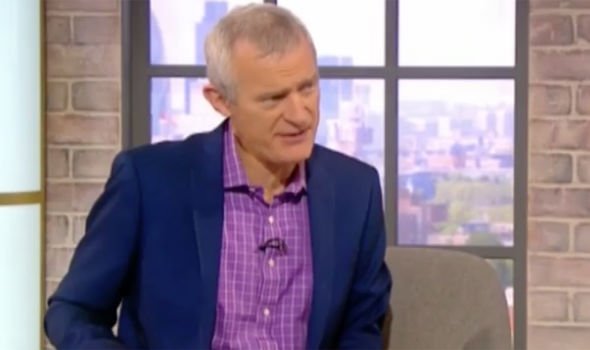 “It is in both’s best interest to work together and come to a deal.

“The British people no longer wish to be within the EU. With respect, Jemma, this is what the country has agreed.”

She added: “We are a democracy and we must try to find a way through and find a deal and if we can’t find a deal we must go to WTO.” 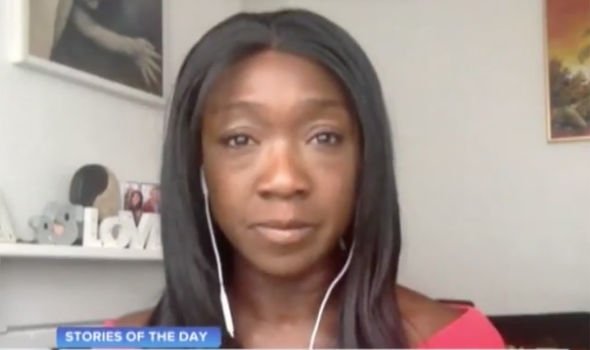 Mrs Merkel told the European Parliament in Brussels on Wednesday: “I will continue to push for a good solution, but we should also prepare for a possible no deal scenario.

“Progress in negotiations so far has been slim, to put it diplomatically.

“We’ve agreed with the United Kingdom to accelerate the pace of talks to reach an agreement by autumn, an agreement that could be ratified by the end of the year.”

Mr Johnson has repeatedly insisted he will not allow the discussions to drag on even into the autumn, arguing that British businesses and citizens need certainty before then.