Forest fires near the towns of Martigues and Sausset-les-Pins prompt the evacuation of about 2,700 people. 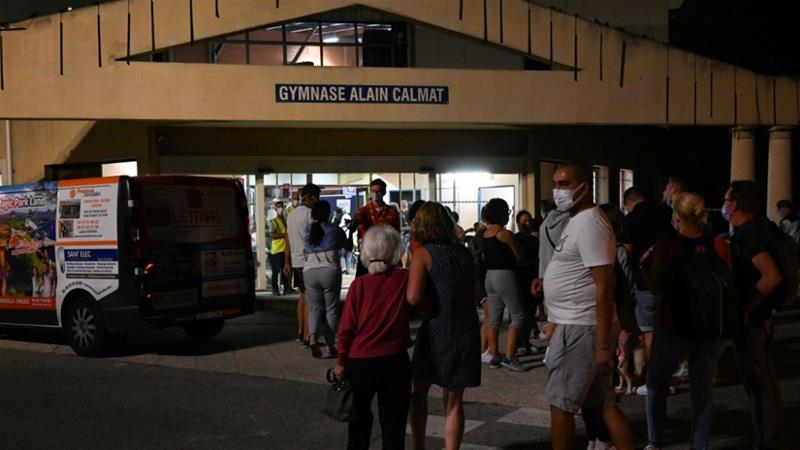 About 2,700 people have been evacuated to escape forest fires that were raging across a vast area near the southern French city of Marseille.

Eight campsites near the towns of Martigues, where the fire erupted on Tuesday, and Sausset-les-Pins have been evacuated “as a preventive measure”, the fire service said on Wednesday.

Some of the tourists at the sites were taken by boat and are being looked after by local authorities. A care home for the elderly was also evacuated. 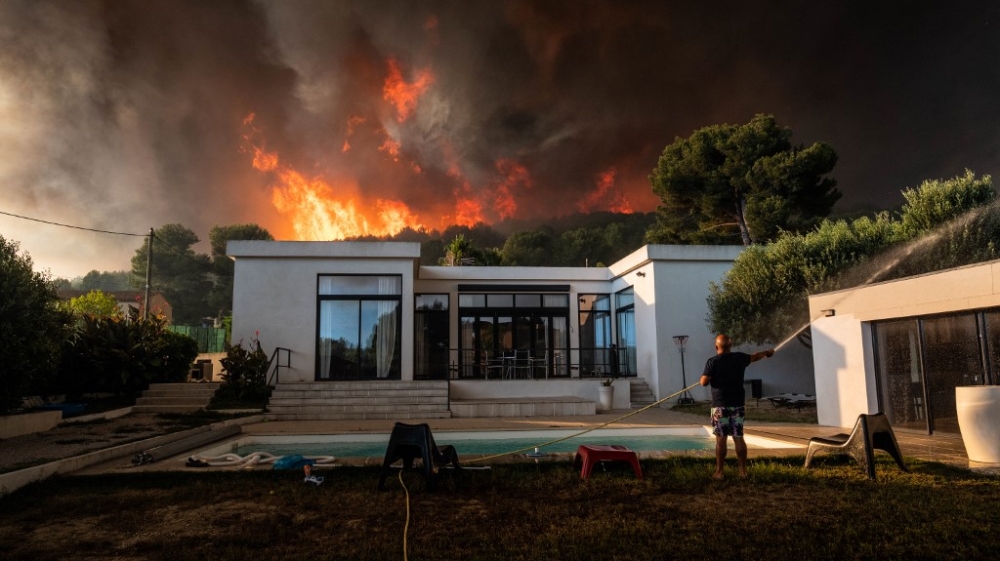 A second blaze in the same region broke out near an industrial park, and raged across 120 hectares (296 acres), damaging a house and several businesses.

About 1,800 firefighters are battling the blazes, which are not yet under control, but lighter winds are expected later on Wednesday.

The fires have ravaged about 1,000 hectares (2,471 acres) of vegetation, the fire service said.

No casualties have been reported, “but material damage has still to be evaluated”, it said. 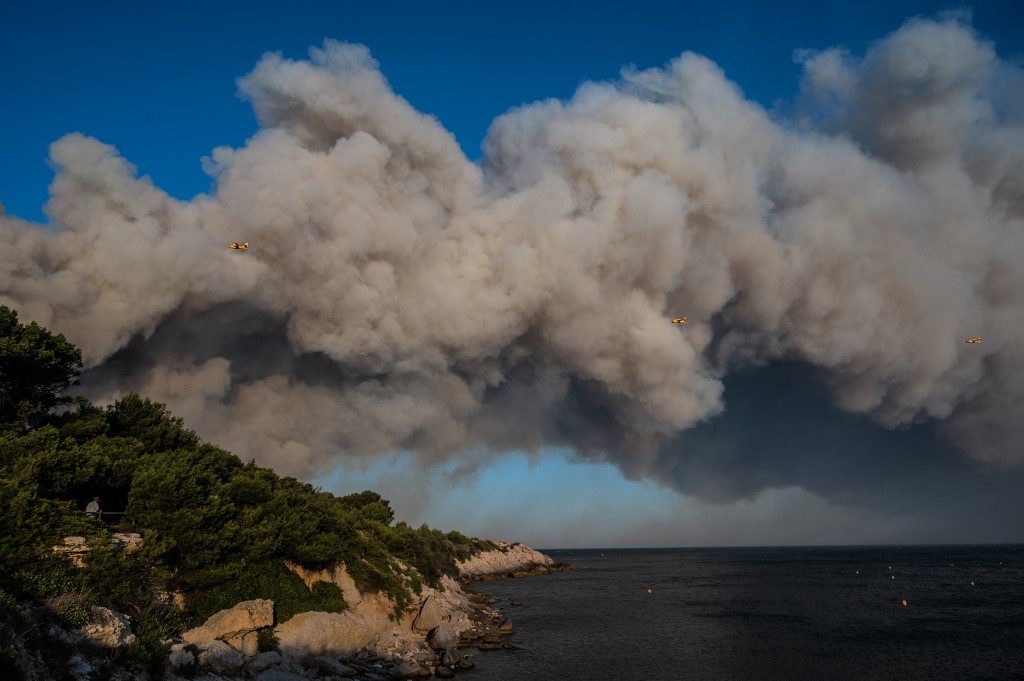