LONDON (Reuters) – Britain’s banks took a gloomier view than almost all their European peers in their second quarter earnings, as coronavirus fears, Brexit and low interest rates caused them to bake tougher “worst-case” scenarios into their risk models. 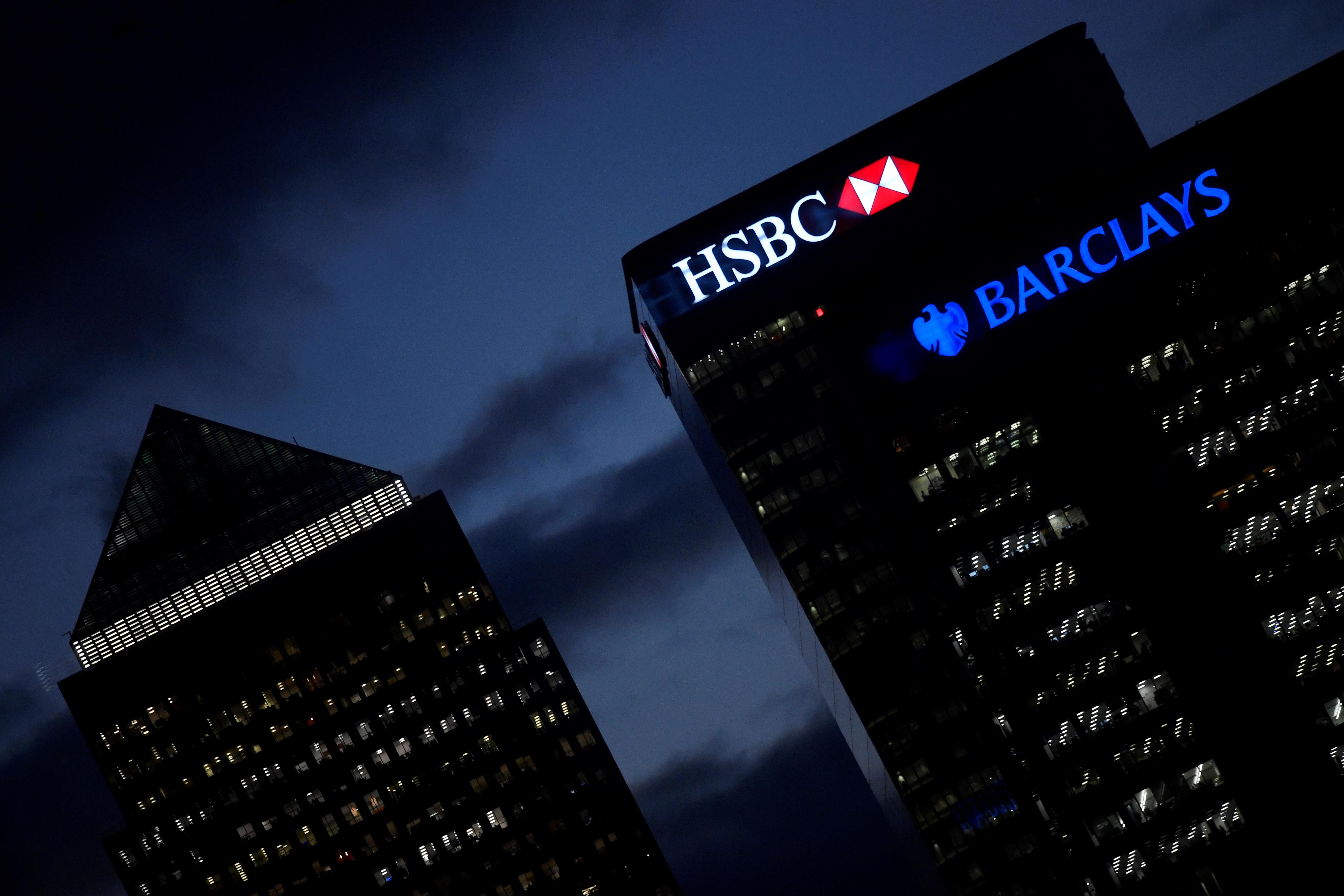 Provisions for potential loan losses across the five banks topped $22 billion, blowing past analyst forecasts and increasing selling pressure on shares already hammered by the pandemic this year.

HSBC and Lloyds were punished for poor results, with shares in both banks plumbing their lowest levels in 11 and 8 years respectively.

All five UK banks have under-performed, falling by between 42% and 55% this year compared to a 36% fall in the European banking index .SX7P.

“The UK banks are facing a more significant economic drop than most Europeans as the UK has faced a bigger shock from the COVID-19 pandemic, and that has fed through into provision levels,” said Patrick Hunt, partner at consultancy Oliver Wyman.

The British economy is forecast to shrink 11.5% this year, while the euro area contracts 9.1%, according to OECD forecasts in June.

Other factors weighing on UK banks include a relatively higher exposure to unsecured consumer lending, a larger drop in central bank rates and the potential for a “no deal” exit from Brexit transition arrangements at the end of 2020, analysts said.

The roll out of further lockdowns across the north of England in response to a rise in infections also threatens to derail the country’s nascent economic recovery and damage bank balance sheets further.

NatWest and Lloyds gave guidance that loan-loss provisions should be lower in the second half of the year, raising hopes the country’s banks may have “kitchen sinked” provisioning and got ahead of European rivals.

But they also warned the outlook could deteriorate further and drastically downgraded their worst case forecasts for the economy, predicting GDP drops of as much as 17% in 2020.

The heftier provisioning among British banks relative to their European rivals was largely because the former incorporated gloomier worst-case forecasts into their economic models.

Lloyds, for example, said Britain’s GDP could tumble 17.2% in a worst scenario compared with a 7.8% fall previously modelled as the extreme downside case when the bank reported results in April.

While European rivals did not disclose their models in as much detail, Deutsche Bank (DBKGn.DE) allowed for a more modest 2 percentage point swing to the downside in German GDP from the base case in its adverse scenario.

That disparity is reflected in the yields banks are paying on their debt.

“Asset quality in the UK appears to be deteriorating faster than in Europe and you are seeing that reflected in the bonds,” said Filippo Alloatti, a credit analyst and portfolio manager at Federated Hermes.

NatWest chief financial officer Katie Murray said the bank’s worst case took account of both further lockdowns to control the spread of the virus and a disruptive Brexit.

HSBC said its business in Britain, where it took a $1.5 billion charge against expected credit losses, had been particularly hard-hit and it would look to accelerate cost-cutting plans including redundancies.

Tom Merry, head of financial strategy at Accenture, said banks are prioritising cost-cutting and readying restructuring and debt collection operations – including improving credit risk modelling to pick up on red flags – in preparation for a tough second half. 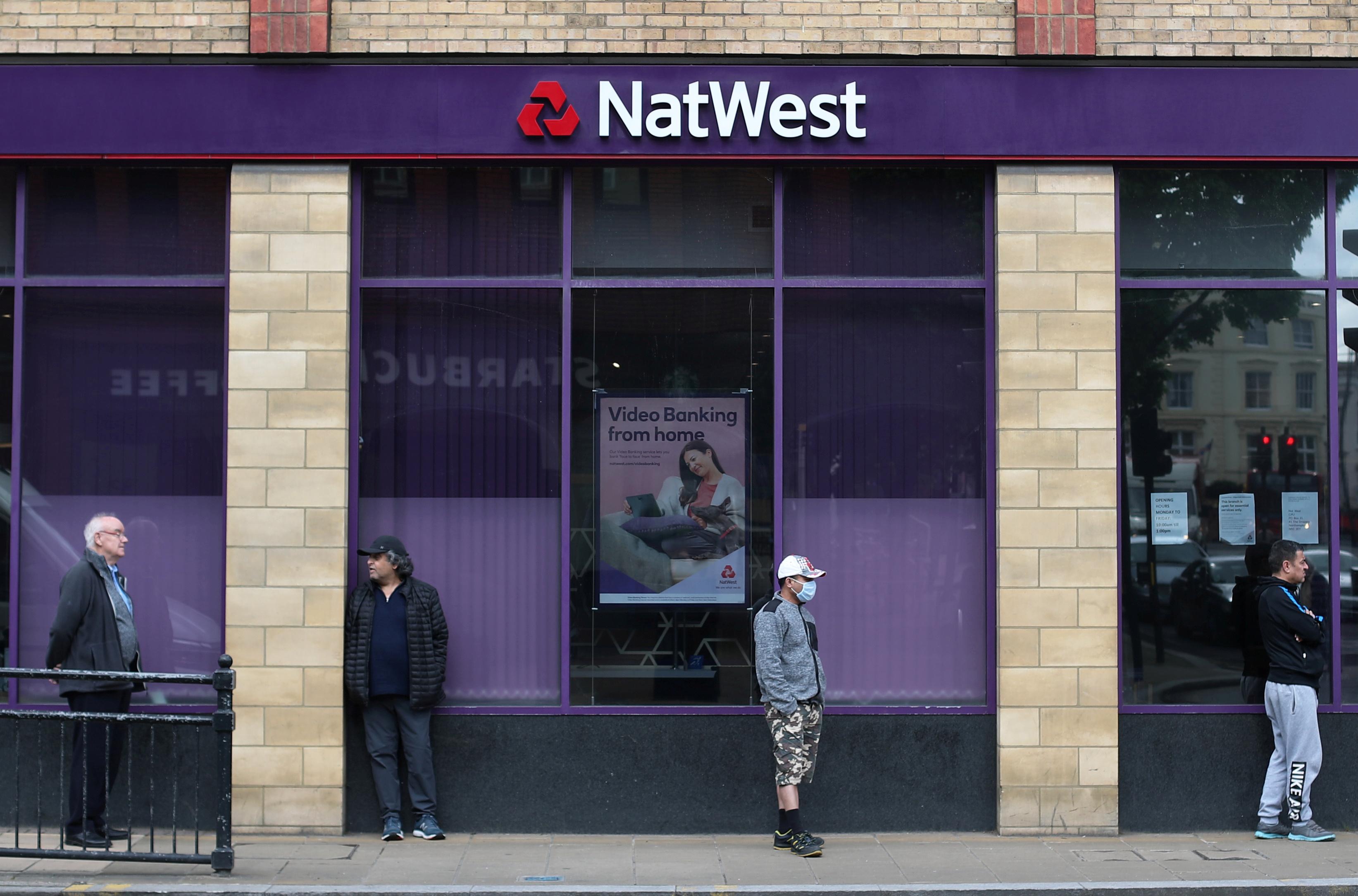 Cost-cutting is likely to include further branch and office closures, Merry said, with any investment spend ploughed in to digital services.

“If there’s one good thing to come from this for banks it’s that if they are able to accelerate digital transformation they will be stronger out the other side.”