Tim Stock, 66, who works as the village gravedigger and church warden, managed to escape his home in Wennington, Essex, after a fire started next door. Tim, along with his family Maggie Stock, Vicky Schafer, and Alfie Stock, have lost everything as a result of the fire that broke out yesterday.

The family fled the home along with their two dogs and a tortoise.

Tim initially managed to get everyone inside the church, but later had to move on after the church filled with smoke.

He said: “I lost everything. The house, the garden, we had two beehives, there was no going back.”

He told the inews: “I didn’t pick [my] driver’s licence up or birth certificates, anything so I lost everything, photographs, records, everything’s gone, but the only good thing is we’re all okay. 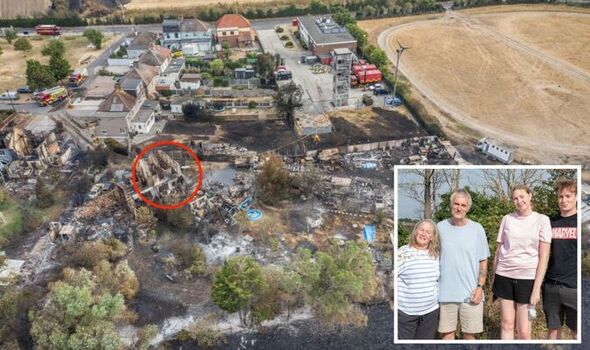 “(I’m a) bit devastated now. It’s the little things you never get back, like guitars and stuff like that. Records you can never get again, some classic records. It’s not the financial side of it. It’s just starting again.”

Tim said he initially “got the hosepipe and watering can to help put it out” but “it beat us back to the house”.

He added: “The gutters caught alight the window frames went up, and within sort of 20 minutes the place was gone.”

One local described the incident as “like the apocalypse”. 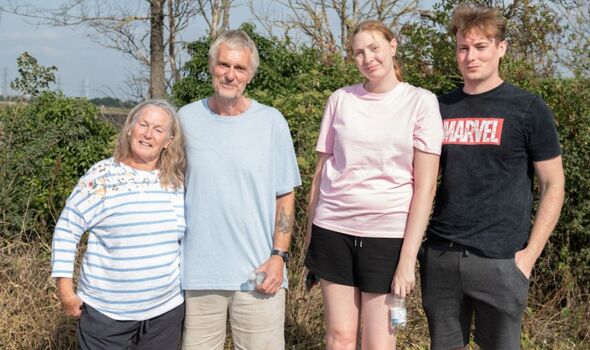 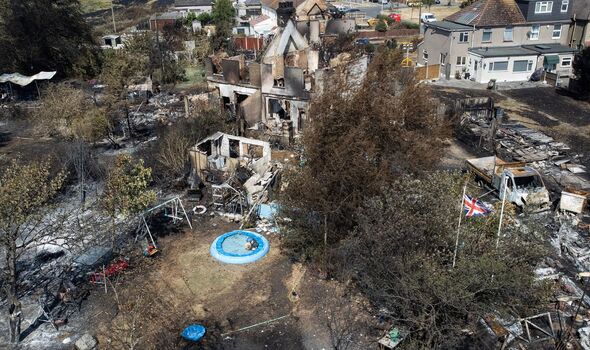 Mamun Chowdhury, 45, who lives a couple of minutes away from where the fire was raging, said he was worried for his family.

He told the i: “I’ve got two elderly parents, they’re both disabled and they’re in their eighties, I’ve got a five-year-old daughter, my son who is 18 and my wife… I’m more worried about them than anything else.”

Samantha Avatt, 42, whose house backs onto a field nearby, claimed she “had no knock at the door” from officials, adding: “I’ve heard more from my friends that don’t even live here than I have from the local authorities.

“I lost my home in a house fire when I was 12, I know what it’s like. We’ve all been going up and down the street and looking on the news trying to work out what’s going on.”

Over 15 fire engines and 100 firefighters were sent to battle the blaze which had gripped the home as the wildfire tore through the village of Wennington. 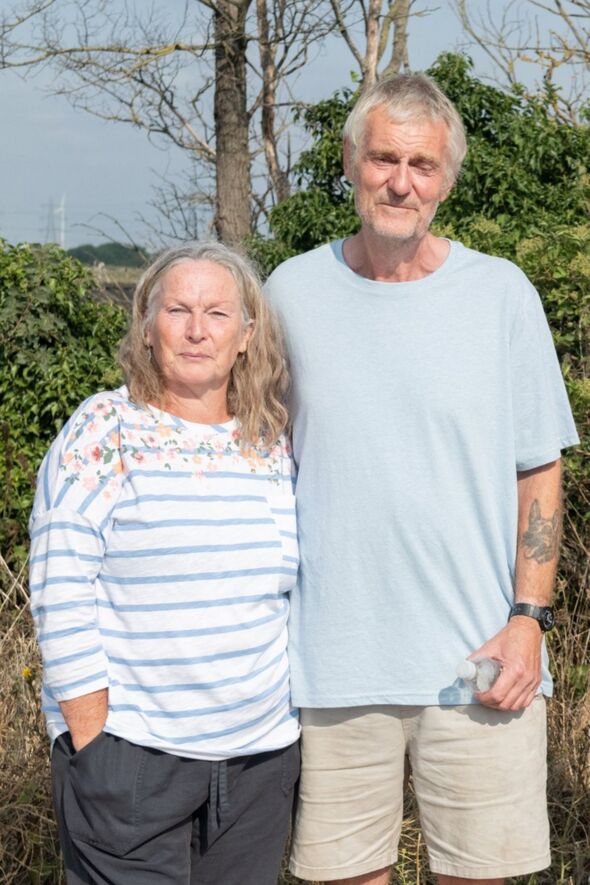 Police were forced to seal off the area and declare it a danger zone as the uncontrollable fire tore through the village amidst the hottest heatwave Britain has ever experienced.

One firefighter fighting the flames described the scene as “absolute hell”.

The fire is believed to have started in dry grassland around 1pm but the cause of the fire is unknown.

It comes as police are looking into the possibility of arson after a number of wildfires were reported across the country.

Fire services in London, Hertfordshire, Bucks, South Yorkshire, Suffolk and Leicestershire declared major incidents after being hit with tens of thousands of calls.

Fire chiefs believe some deliberate fires were set on scrubland, trees, fields, rubbish, buildings and at a nature reserve.