In a tirade against Sir Keir Starmer, Boris Johnson slammed: “I can tell you why he’s doing that, funny wooden flapping gesture, Mr Speaker. Because he’s got his unions Barons pulling his strings froù beneath him.

It comes after the Labour leader criticised Boris Johnson’s track record on the economy amid rising inflation and skyrocketing prices.

Both frontrunners came at former Chancellor Rishi Sunak during an ITV news debate, saying his policies would plunge the country into “recession” and bring about the end of public sector funding.

Attacking Mr Starmer for not recognising the achievements made by his Govenrment, Boris Johnson lashed out: “What does it say about him that no one could name a single policy after three years of the Labour opposition apart from putting up taxes.

“He’s one of those pointless plastic bollards you find around a deserted road works on a motorway, Mr Speaker.” 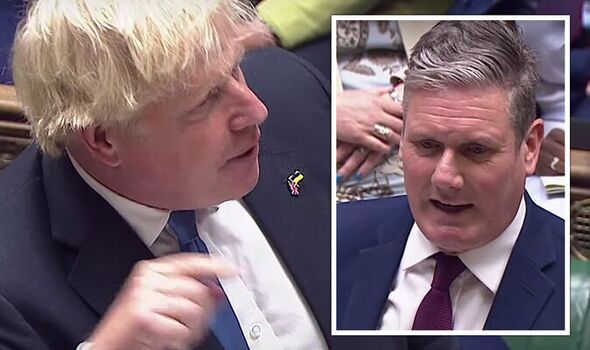 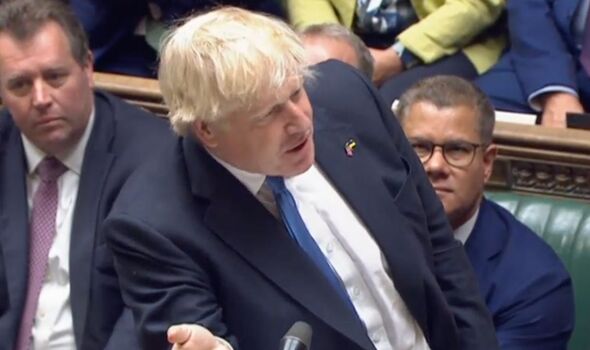 The outgoing Prime Minister then launched into another series of attacks against the Labour leader, detailing every Labour failure over the last three years.

“We got Brexit done, he voted against it 48 times.

“We got this country fast out of Covid in spite of everyhting he would have kept us in lockdown.

“We’re fixing social care, Mr Speaker, they have no plans or ideas of their own. 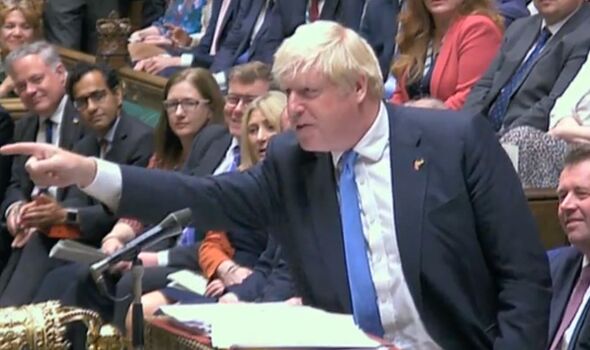 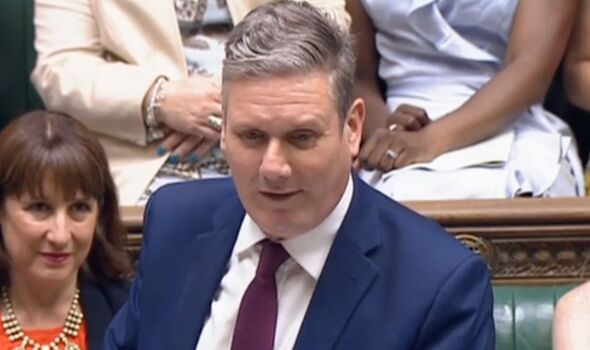 Liz Truss and Rishi Sunak, who engaged in heated clashes in ITV News’ debate, pulled out of the last televised debate scheduled to be held on Tuesday in a bid to renew such a scene.

A joint statement said: “Conservative MPs are said to be concerned about the damage the debates are doing to the image of the Conservative Party, exposing disagreements and splits within the party.” 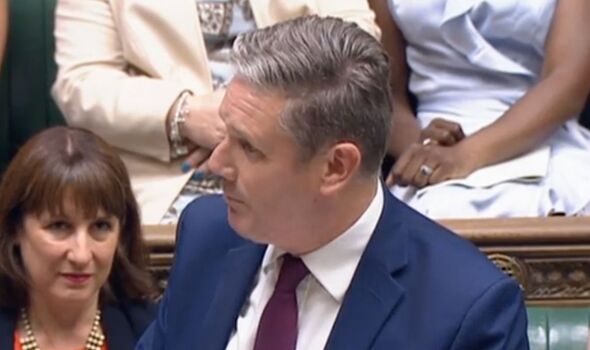 Now, the last three remaining candidates – Rishi Sunak, Lizz Truss and Penny Mordaunt – are facing off in another round of voting before the final two.

According to polls, Mr Sunak is bound to qualify for the final two but it remains unclear who he will be campaigning against.

The final two candidates will be campaigning during Parliament’s summer recess until September 5 when Tory grassroots elect the new Conservative leader and Prime Minister.