Britain and Argentina have long argued over sovereignty of the Falklands, which boiled over into conflict when the South American country invaded the British Overseas Territory almost 40 years ago. The war lasted 74 days and ended with an Argentine surrender and more than 900 casualties. But, defence advisor Nicholas Drummond has warned the same scenario could unravel once again – and it’s not just Argentina posing a problem.

He told Express.co.uk there are five threats that the UK currently faces – listing Russia, China, North Korea and Iran as the obvious pressure points.

But, the former British Army Officer says there is another worry to the UK’s defence.

He added: “The fifth threat is the threat that comes out of nowhere and it is really important.

“It is the one no one plans for, no one expects. 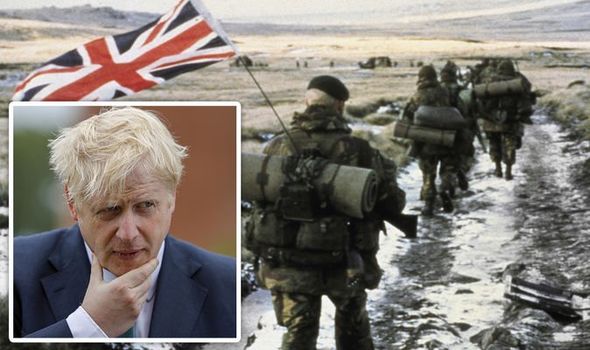 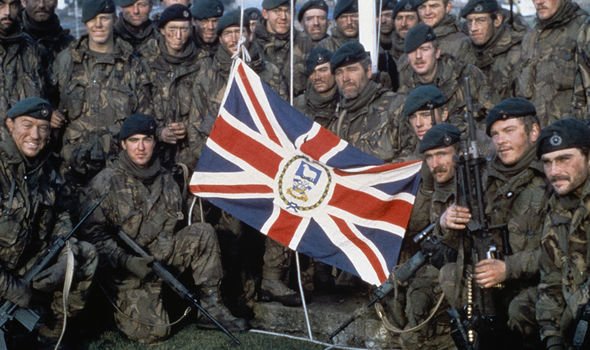 “We’ve always been wrong-footed by that, and for that reason, you need to have a flexible and balanced force which can’t be too focused in one area.

“That was the issue with the Falklands.”

Prime Minister Boris Johnson is currently moving forward with a controversial integrated defence review – headed up by his chief advisor Dominic Cummings, but it has been criticised as a “cost-cutting” exercise.

Due to conclude by the end of the year, the review pledges to be the widest-ranging since the Cold War, with a particular focus on cybersecurity over ground forces.

But some have warned it could leave parts of the Armed Forces “spread too thin,” and Mr Drummond, who is currently advising the Defence Select Committee on the proposal, has warned of the impact of this. 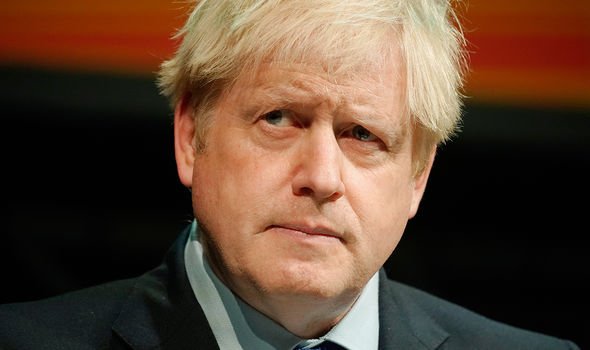 He told Express.co.uk: “Tanks and Infantry fighting vehicles were very important during the Cold War when the bulk of the Army was based in Germany ready to provide an immediate response to a Soviet land grab.

“As the conflict in Ukraine shows, heavy armour remains essential to prevail in contemporary high-intensity warfare versus a peer adversary.

“The issue is that 75-tonne tanks and 43-tonne track personnel carriers are extremely hard to deploy and support at long distances.

“We risk having an Army that cannot get to where it is needed quickly enough to influence the outcome of a battle.”

Military chiefs have reportedly drawn up plans to scrap tanks under radical proposals to modernise the Armed Forces. 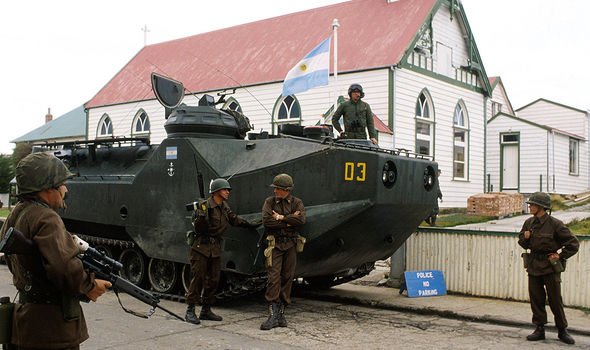 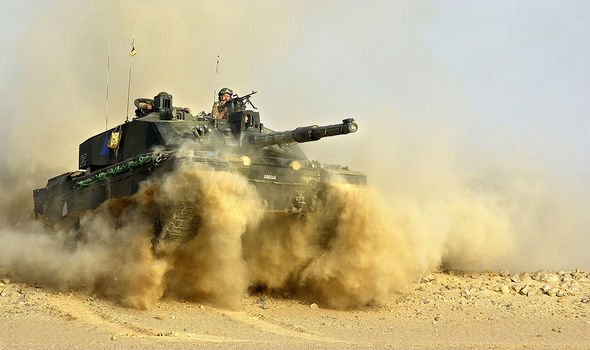 The Government is said to be examining the controversial idea as the cost of upgrading Britain’s ageing fleet of 227 Challenger 2 tanks, and the 388 Warrior armoured fighting vehicles that support them on the battlefield.

Both vehicles were branded “obsolete” last year and the argument has been made in the Ministry of Defence that the changing character of warfare demands more investment in cyber capabilities, space and other cutting-edge technologies.

But Mr Drummond fears this could threaten Britain’s military might.

He continued: “Having fewer tanks will allow us to invest in cyber and space technology. The issue is where do we focus our limited resources?

“If we spread them across too many commitments, we risk doing everything badly. 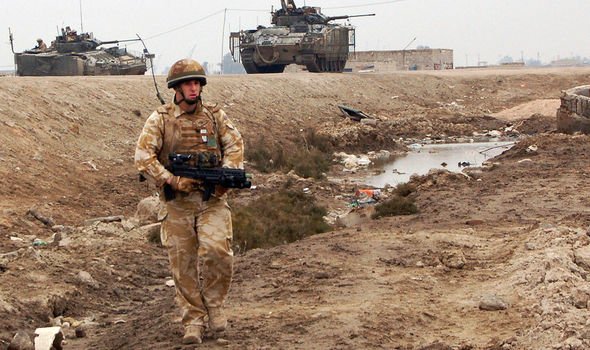 “But if we focus our resources on fewer tasks, and do these exceptionally well, do we risk being caught out by this unexpected situation for which we are not equipped?

“Ultimately, the Army exists to provide hard power. The use of force is about physically stopping an enemy.

“You need a credible peacetime strength to deter aggression and so that you don’t immediately need to resort to a nuclear option.

“Cyber is all very well, but it may not stop a land-based attack.”