Walking with the Wounded was first set up in 2010 by Army veteran Ed Parker, who was organising a fundraising expedition to the North Pole. He invited Harry to go with them and to their astonishment, he accepted. With all the publicity that Harry managed to get them, they decided to turn the project into a more long-term endeavour that now helps over a thousand veterans per year make the transition from military to civilian life.

They provide mental health and employment support, and have also completed numerous other expeditions including one to Everest, the South Pole ‒ which Harry also joined them on ‒ the Walk of Britain, the Walk of America, and this year the Walk of Oman.

The walks help raise money for the charity, but they also bring awareness of the issues veterans are facing.

Mr Parker told Express.co.uk: “It was supposed to be a one-off, just walk to the North Pole, make some noise and raise some money and go away, but with Prince Harry becoming involved as he did, that rather changed the dynamics of everything.

“And so subsequent to that, with the money we’ve raised and the profile we’ve managed to achieve, we found a niche in the military charities sector, which is very much in the complex end of need, and so we support those who have really struggled with the transition and have multiple needs.” 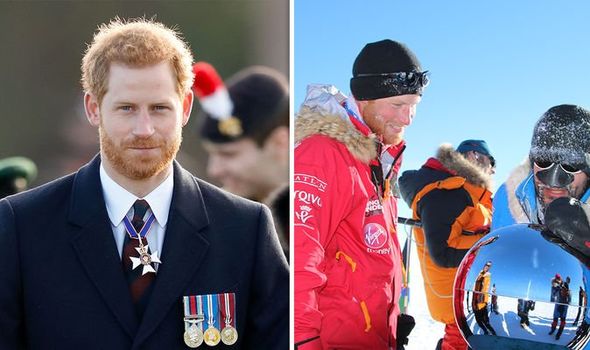 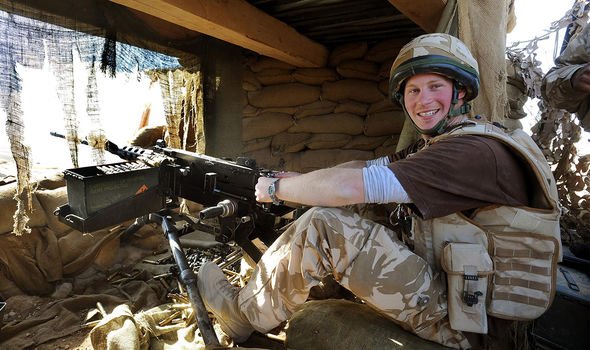 He added: “I invited [Harry] to join us in walking to the North Pole, which clearly changed the dynamics of the visibility.

“What he brought with him was focus and attention and the media, but also his ability ‒ as then he was a serving soldier ‒ to articulate very clearly the support he had for the other men and women who were serving or had served.

“And he is very passionate about his links to the military community, so it gave us a hugely increased visibility.”

Prince Harry ‒ who served in the Army for 10 years and did two tours of Afghanistan ‒ has been the patron of all the expeditions they have done, including the one this year. 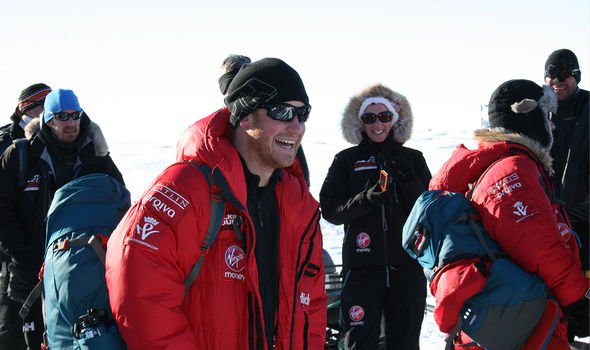 The Walk of Oman, which will cover part of the Empty Quarter ‒ the largest sand desert in the world ‒ will take place over 18 days between November 20 and December 11.

Organised in partnership with the Omani armed forces, a team of six veterans will be crossing 400km of desert, dragging behind them a trolley of all their supplies weighing about 300kg.

They will be trekking in temperatures between 32 and 35 degrees celsius each day, and each of the veterans have varying degrees of injury, both physical and psychological.

Prince Harry being a patron of this expedition has demonstrated to those at Walking with the Wounded that the Duke stepping down as a senior royal earlier this year has meant “no change” in his relationship with this charity. 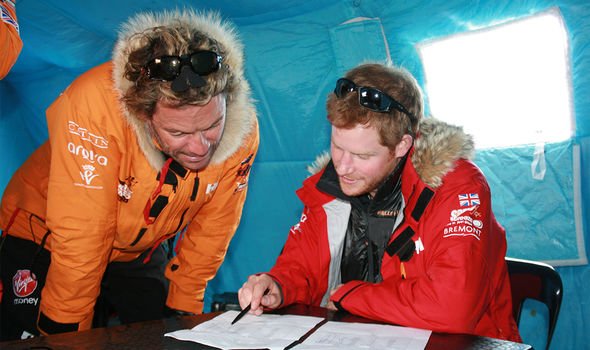 Mr Parker explained how his patronage of the expeditions means he is “acknowledging their value and he will contribute where he can to the overall success of it”.

The CEO noted why raising awareness is so important in 2020.

He said: “The walk gives us an opportunity to tell the stories of the six individuals who are taking part.

“They have very diverse and different backgrounds, and have been through different experiences which are useful for us to be able to relate to a wider audience to demonstrate what veterans do have to overcome.

“The military, we’re probably getting a little less relevant in the eyes of many, because the wars are drifting into the past and COVID and clearly brought attention onto the emergency services ‒ and they are the new hero, which is a word we’ve never really bought into ‒ but the attention has turned to blue light workers and NHS staff, which is completely understandable.

“But those who served in the military who have challenges to overcome haven’t suddenly got better as a result of this and we do still need to do the work that we do and in order to do that we have to keep raising money.”

One of the veterans taking part, Dave Adams, described his intense training regime, which involves 10km almost every day before work, with longer 20-25km walks on the weekend.

Mr Adams, who was in the Royal Electrical and Mechanical Engineers for 13 years and served in Northern Ireland, as well as two tours in Afghanistan, was a beneficiary of Walking with the Wounded before he became involved in the charitable sense. 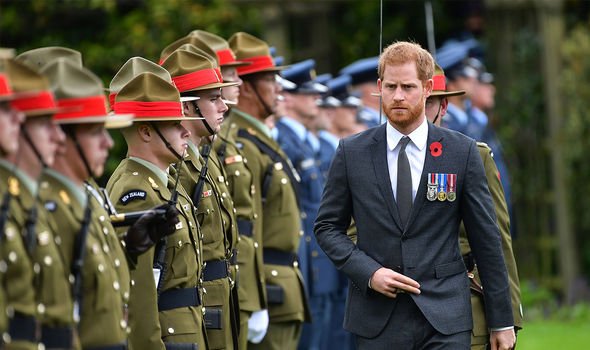 He has struggled with PTSD and was discharged from the Army with it in 2018.

Now working as an insurance broker in London and the South East, he said it has been a “difficult” transition.

However, he told Express.co.uk he will “relish” the challenge of the Walk of Oman and that the training and build up to the event has been helping his whole mental health picture.

He said: “It’s not only physical challenges, but it’s mental challenges, as well as its to highlight what is out there to actually help the guys who have left the Armed Forces ‒ to say you can come to Walking with the Wounded and talk through and manage your issues you’re going through, both physical and mental.”

On Harry, he said: “He is there as the spearhead of all this and he’s been with Walking with the Wounded since its inception.

“To have the Duke of Sussex on board is absolutely fantastic and something to be proud to be a part of, and knowing the support comes from his level is unsurpassed.

“It means you’re not fighting a battle without people behind you and that’s something that is very, very valuable to all of us.

“Certainly from my perspective, he’s one of the blokes, he’s one of the guys, he’s been out to theatre a number of times, so it’s having someone who knows what you’re going through as the top level of support is invaluable.”

Another of the veterans, Andy Phillips, is a former competitor at the Invictus Games, the Paralympic-style sports competition for injured armed service personnel and veterans, founded and run by Prince Harry.