Edward, the Earl of Wessex, has spoken candidly about Prince Philip’s passing several times since the Queen’s husband sadly died in April. He and his wife, Sophie, Countess of Wessex, were the first to approach the public after visiting the grieving monarch. Sophie movingly told the media her father-in-law’s death had left behind a “massive, massive hole”, but added: “It was so gentle, it was just like someone took him by the hand and off he went.

“Very, very peaceful and that’s all you want with somebody isn’t it?”

The couple were known to be very close to the late Duke of Edinburgh, with some speculating Edward was the consort’s favourite child.

In their first ever joint interview last week, the Wessexes touched on their grief for Philip once again — and mentioned the gift he had left behind for them, the Dukedom of Edinburgh.

The prestigious title currently belongs to Prince Charles, as Philip’s eldest child, but when he ascends the throne he will be able to pass it onto Edward as per their father’s wishes.

But, writing in The Telegraph, interviewer Camilla Tominey claimed this had not always been the plan.

She explained: “The Earl is almost apologetic as he admits that ‘theoretically’ the title should go to the Duke of York.” 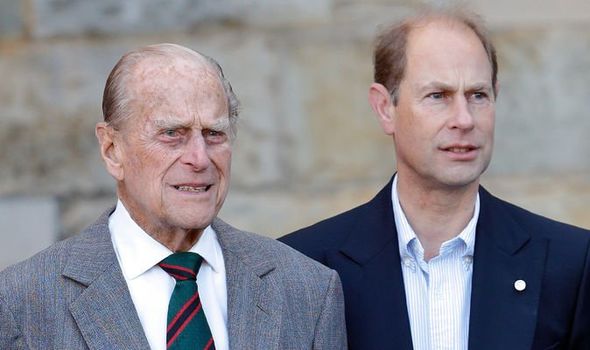 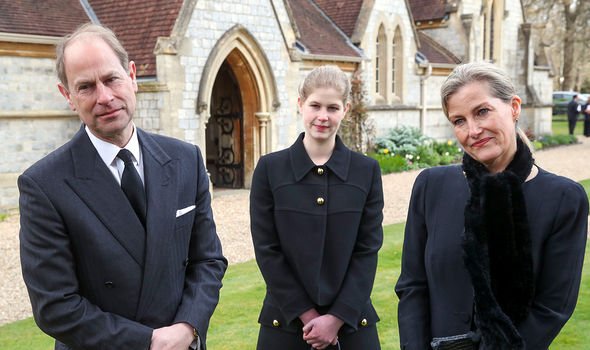 Edward told her: “It’s a very bittersweet role to take on because the only way the title can come to me is after both my parents have actually passed away.

“It has to go back to the Crown first.

“My father was very keen that the title should continue, but he didn’t quite move quickly enough with Andrew, so it was us who he eventually had the conversation with.

“It was a lovely idea; a lovely thought.”

Andrew, Edward’s brother, is older by four years — but he took the Dukedom of York title when he tied the knot with his now ex-wife, Sarah Ferguson, back in 1986. 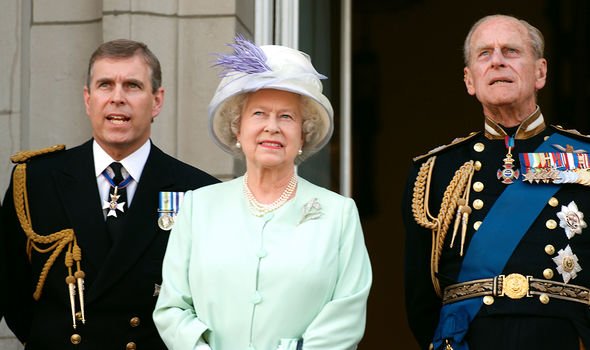 The monarch was following tradition when she passed the title to Andrew, as it is usually awarded to the second son of the sovereign.

Still, Edward’s admission suggests Philip considered boycotting the tradition and passing his title onto their second son instead.

When he missed his chance, Philip decided to approach Edward and Sophie just two days after their engagement back in 1999, and asked if his son would like to inherit the Duke of Edinburgh title.

“He literally came straight in and said: ‘Right, I’d like it very much if you would consider that.’” 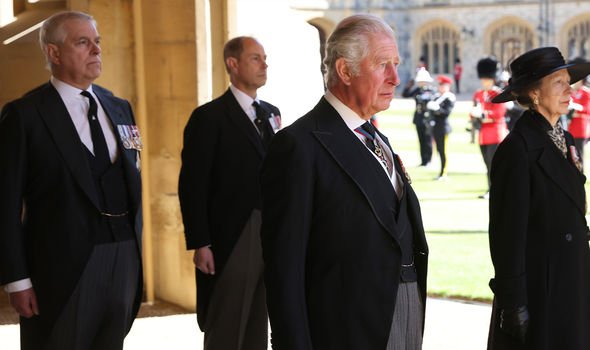 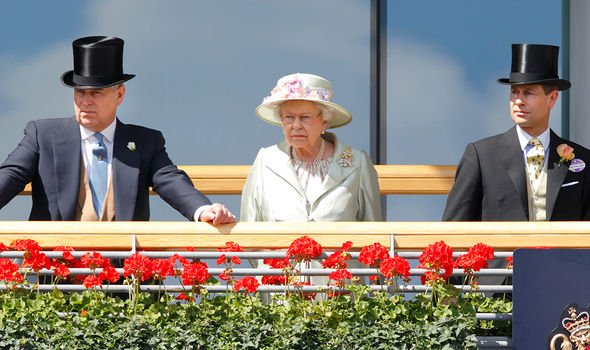 Edward has been heavily involved with the Duke of Edinburgh scheme since achieving the Gold Award in 1986, and so there has been widespread speculation that he would be set to inherit the dukedom for some time.

However, a patron for the scheme itself is yet to be announced after the death of its founder, Philip.

Edward’s claim that the title almost passed to Andrew will raise eyebrows now, as the Duke of York took early retirement back in November 2019 following his car-crash BBC Newsnight interview.

As a result, the appointments he had been expecting — such as being promoted to Admiral on his 60th birthday — were deferred.

He reportedly requested to wear an Admiral’s uniform to Philip’s funeral, only for the Queen to rule out military dress altogether for the sombre occasion.

However, a source close to Andrew told The Daily Mail: “The Duke of York is very keenly aware of Saturday’s funeral being a moment for the Duke of Edinburgh, Her Majesty and the nation. 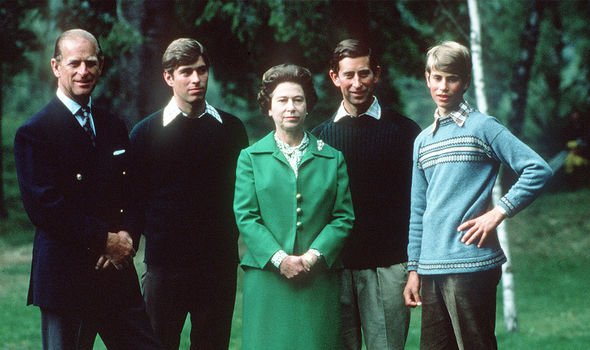 “He has neither wish nor intention to distract from that.”

They added: “The Duke of York will do what is appropriate to the circumstances — he remains stepped back from royal duties.”

Andrew spoke fondly of his father in the days after his death, describing him as the “grandfather of the nation” and claiming Philip had left a “huge void” for the Queen.

He added: “He was a remarkable man. I loved him as a father.

“He was so calm. If you had a problem, he would think about it.”

This prompted further reports that Andrew might be trying to return to the public eye, but these claims remain unfounded two months after Philip’s death.

Andrew also stepped in and bought his mother two dorgi puppies (corgi and dachshund crosses) to help her in her grief, although one died last month.