A SCOTS fishmonger has taken delivery of a mammoth 6ft halibut that weighs more than 12 stone, six times the usual size of the species.

Campbell Mickel, 50, got the whopping 77kg fish on Saturday and said it took four guys to haul on the window display at his fish market. 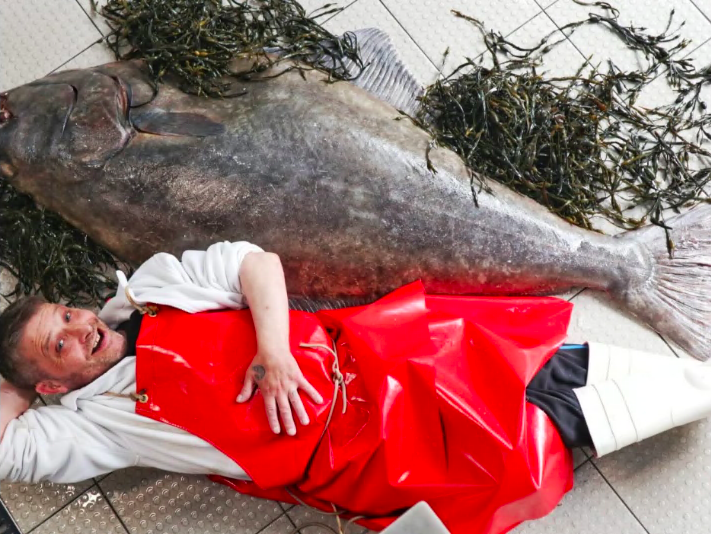 It was caught in the North Sea and taken to Peterhead Fish Market, where Mr Mickel bought it from last week.

It arrived at his fishmongers, Eddie's Seafood Market in Edinburgh, at the weekend and dwarfed the regular sized halibut which weighs between 10-14kg.

It was so big Mr Mickel said it had to be delivered to the fishmongers on two pallets.

The monster catch has now been filleted and sold to restaurants around the capital – with Mr Mickel and his wife Giselle, 37, enjoying cooking up the prized cheeks at home.

His fishmonger William Elliot was pictured alongside the whopper to give an idea of the sheer scale of it. 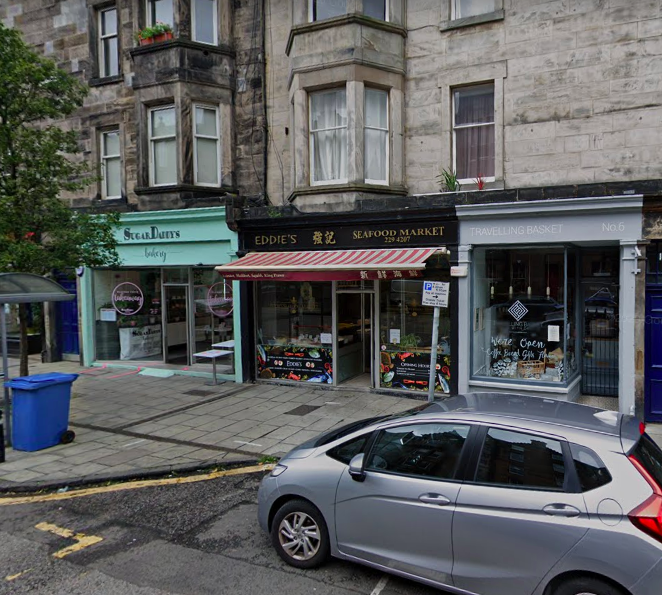 Mr Mickel, who also owns Merienda Restaurant in the city's Stockbridge area, said: "It's a beast and it wasn't cheap that's for sure. It was wrapped up after I bought it and shipped to me on two pallets.

"In my younger years as a chef we would get halibut in twice the size of this one.

"When I worked in Rafaelli in the '80s, we used to get halibut this size every couple of weeks, they were ten a penny.

"But I am new to being a fishmonger, I only took it up less than a year ago, so it's the biggest fish I have had in the market.

"The hardest part was getting it into the shop window on display.

"It took four men to get it up there, it's not the easiest job in the world lifting the dead weight of a 77kg slimy fish. It dwarfed the other halibut next to it.

"We have filleted it now and started delivering it to our restaurant customers around Edinburgh, so it's fair to say halibut will be on the menu this week.

"Everyone is used to small halibut, a regular one weighs between 10-14kg, so this is really special."

Mr Mickel is "delighted" to see fish that size can still exist and hailed the catch as "good news" for the oceans.

He said: "It's fantastic new for our seas and oceans to see this size come out.

"Seaspiracy had a lot of valid points about the fishing industry, but it's amazing that there is still that size of halibut in the sea that has been given the chance to grow to that size. I'm delighted to see that fish this size can still exist."

He added: "It's good news for the oceans and I'm looking forward to seeing more that have had the time to thrive and grow – as this one has."