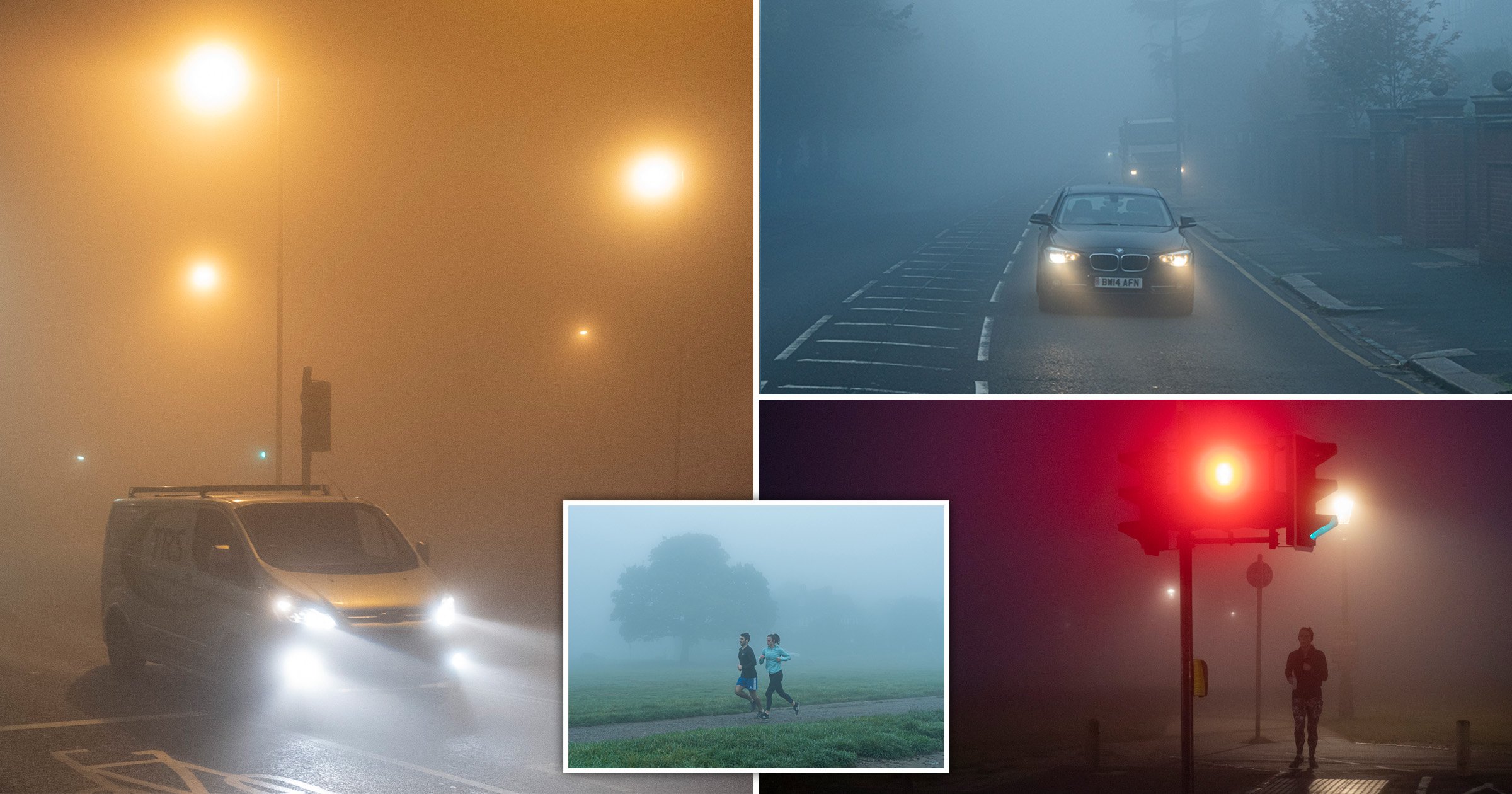 Dense fog hit parts of England in the early hours of this morning as drivers were alerted of possible chaos on the roads.

The Met Office issued a yellow weather warning for the South West, East Midlands, London, the South East and East of England.

The fog could be so thick that visibility was predicted to dip as low as 50 metres in some areas and drivers were advised to remain vigilant on the roads.

People were also warned of possible delays to bus, train services and flights.

The alert was in place from 4am to 10am, though forecasters said some stubborn patches could persist until much later on.

The worst of the fog is forecast for the East of England, South East and London.

People were shocked at the weather conditions this morning and some said this is the worst fog they had ever witnessed.

Trisha Greenhalgh, professor of primary care based in Oxford, shared a photo on Twitter of the city’s canals nearly hidden by the fog.

In advice about fog published on its website, the Met Office said: ‘Things to bear in mind when planning your journey are that fog can be very localised, so may not be apparent when you set off, and it can affect air travel and the roads in different ways.’

‘Moving into early November, more widespread dry spells are possible across the country, with the risk of overnight fog which will clear by day.

‘Through this period temperatures will remain near or above average.

‘However, there is a chance of colder conditions becoming established in early November.’