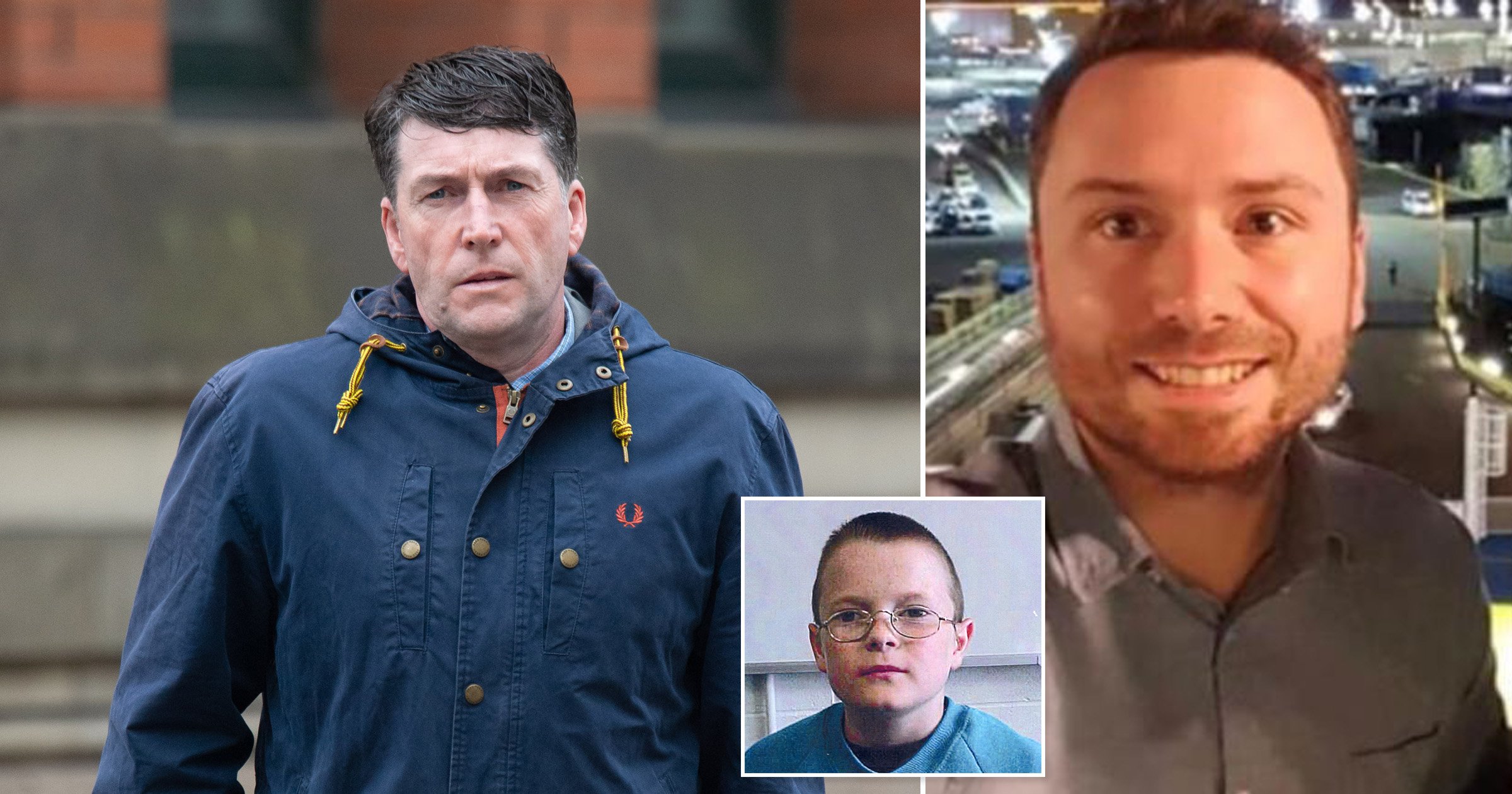 A motorist with one of the worst driving records prosecutors said they had ever seen has been jailed.

Kurt Sammon, 54, killed Louis McGovern, 30, after skipping a red light moments after he received a message on Whatsapp.

It was the second fatal collision Sammon was involved in having killed 13-year-old Michael Weaver who he left in the road to die in 2004. He blamed the crash on being ‘in a bad place’ after a row with his boss. He was jailed for six months for that offence because of legal technicalities.

Since then he has been repeatedly stopped for using a phone at the wheel but never faced a ban because he said he had to care for his mother.

The latest collision happened at a junction in Hazel Grove, Stockport, in January 2019, when he hit Louis McGovern, 30, who was on a motorbike on his way home from work.

Louis, who was planning on proposing to his girlfriend, Lauren James, was dragged under Sammon’s Ford Transit van and died the following day.

He admitted that he was using his phone at the time but said he was using handsfree. The judge rejected this after hearing the bluetooth headset was not connected.

Phone records showed he sent and received Whatsapp messages in the minutes before the collision. At 5.39pm and 30 seconds he received a call that lasted 57 seconds. The traffic lights turned red at 5.41pm and 40 seconds – 13 seconds after the call ended.

Prosecutor Robert Hall said Sammon was likely distracted by his phone and that, because he was travelling at 24mph, he had enough time to stop.

There was no evidence of emergency braking by Sammon and there was no fault with Louis’s riding.

Louis’s girlfriend Lauren told the court that she found out what had happened when she became worried that he was late home from work. She re-traced his commute and soon arrived at the crash site.

She said: ‘There seems to be no remorse from the man who killed Louis. This should never have happened and this man should not have even had a licence to drive.

‘Louis had told his mates he was going to propose to me on a mountain and I would have undoubtedly said yes without any hesitation. We discussed having children and having our own family.

‘On the night, he text me to say he had finished work and was leaving. He was late getting home and I was wondering what was keeping him. I tried to ring him but he didn’t answer. I rang my Mum and she tried to reassure me. In the end, I decided to drive the route he would have driven home because I was so worried. I saw the police and I worried it might have been him.

‘The officer said there had been an accident but said to me not to worry but I knew he had been involved I contacted his parents on the way to the hospital and at first I had some hope he was going to be okay. But then the doctors said there was nothing for they could do for him.

‘I sat with him and held his hand as he died the following day. I was in a state of utter shock. I have since lost a lot of weight and I still have broken and affected sleep to this day. I was so happy with him, he was my best friend.’

Before he was jailed for the second time for killing someone at the wheel, he wrote a grovelling letter in which he begged for forgiveness, complained about the distress it caused him and moaned about how it has caused the break up of his relationship.

Jailing him for seven years and banning him from the roads for 13, Judge Maurice Greene said: ‘Louis had achieved a lot in his life. He had graduated with a Masters and was an engineer. He had a loving nature, empathy and was thoughtful towards others.

‘I do not accept that you stopped every time you received a WhatsApp message. You said you used a Bluetooth connection to make a telephone call.

‘However, the evidence was found that it was disconnected and that it could not have turned itself off on its own. I am satisfied you were using this phone unlawfully by holding it in your hand.

‘You had time to stop your vehicle if you had been paying attention. You were grossly distracted at the time and you had driven a significant distance whilst using a phone and using WhatsApp. You have an appalling driving record.’