Opinion | The Republican Filibuster of a Jan. 6 Commission 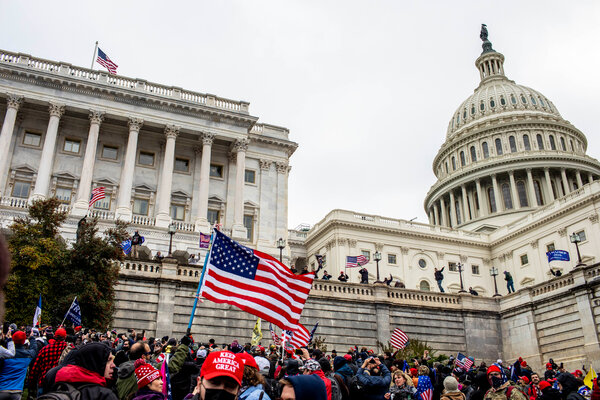 Re “Republicans Stop Inquiry on Causes of Capitol Attack” (front page, May 29):

Why do you conclude that it is now “all but guaranteed” that a comprehensive nonpartisan inquiry will not take place? We have had several presidentially appointed commissions to investigate major tragedies in our history, including the assassination of President Kennedy.

We should not despair. President Biden, you have the power and authority to appoint a commission (including, I suggest, respected former senators from both parties) to shed light on this shameful and dastardly attack on our nation. Please do so.

After the rejection by Senate Republicans of the proposed Jan. 6 commission, it is obvious that the Senate filibuster is incompatible with democracy. When a legislative rule allows 35 votes to prevail over 54 votes, that is not democracy — it is minority rule. In fact, it is possible for a filibuster to be sustained by senators representing only 15 to 20 percent of the population, surely not what the framers envisioned.

The filibuster could well destroy our democracy by preventing passage of H.R. 1, which is desperately needed to, among other things, protect the right to vote in a number of states where it is under attack, and reform our system of drawing legislative districts to prevent gerrymandering.

It’s time for President Biden to call on Senators Joe Manchin and Kyrsten Sinema to drop their slavish adherence to an archaic procedural rule and instead work with him and their Democratic colleagues to protect our democracy at all costs.

Eliminating the filibuster plays into Mitch McConnell’s hands. It gives him the excuse he needs to ramble on about partisan Democrats and emphasizes the split between Republicans and Democrats. But changing the cloture rule so that the number of senators needed to advance legislation is no longer 60, but a smaller number, would emphasize the split in the Republican Party, not a split in the country.

President Biden has an ambitious legislative agenda. He seeks bipartisanship, and it is to his advantage to get some Republican support when he can. Lowering the number of senators for cloture from 60 to 52, for instance, encourages bipartisanship.

Feeling Undervalued as a Caregiver

“Family Caregivers Feel the Weight,” by Paula Span (The New Old Age, May 25), made me feel seen.

I gave up full-time work to help care for my grandparents (now ages 99 and 95), so I know the strain of dealing with an aged loved one. Thank you for seeing the role that caregivers play, but society doesn’t value us.

At a pre-pandemic college reunion, with everyone asking “so what do you do now?,” I thought, did I stop having ambition? Should I be proud of this role I play?

Yes. Being there for my grandparents who love me with everything in their hearts is what I feel is right. I won’t regret this time we’ve spent together. I want to be there to keep their loneliness and helplessness at bay.

It would be nice if the world saw the role of caregivers as important. Here’s hoping that will be one good thing coming out of the pandemic.

Don’t Evict My Family and Me

Re “To Prevent Evictions, End Moratoriums” (editorial, May 26):

New York’s eviction moratorium is keeping me and thousands more out of homeless shelters. Early on in the pandemic, I lost my job as a cafeteria worker at Brooklyn College. I am the sole caretaker for my grandson and granddaughters, and the eviction moratorium kept me and my family safe at home. Like millions of New Yorkers, I’m still struggling to find employment, and if the moratorium were lifted, my entire family could be evicted.

The data shows that Black and brown renters like me are most at risk when eviction moratoriums lift, while landlords are far less likely than tenants to be behind on their housing costs. We know that eviction moratoriums cannot last forever, and your editorial proposes some ways to ease the restrictions.

I have a better idea: With millions still unemployed, the state should pass permanent rental assistance immediately to help families like mine make rent and pass the good cause eviction bill so landlords can no longer unfairly throw families out or raise rents unreasonably.

Dawn Miller
Brooklyn
The writer is a tenant leader.

John Gargano’s journey from waiter to drug dealer to convicted felon to serving as a keynote speaker at his N.Y.U. graduation is an inspiring tale. He expresses gratitude for receiving relief money, allowing him to complete his college studies, when a dream job he landed was abruptly ended by the pandemic.

I would say hats off also to Hostos Community College for accepting him after his prison term, a place where Mr. Gargano soared with a 4.0 G.P.A. (even with 80-hour work weeks), paving the way to a scholarship at N.Y.U.

Our current first lady, Jill Biden, a community college professor, knows firsthand the struggles such students face and has become a passionate advocate for free tuition at community colleges. Stories like Mr. Garganos’s are the reason why.

Cathy Bernard
New York
The writer is an adjunct associate professor of English at New York Institute of Technology. 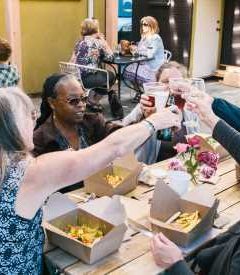 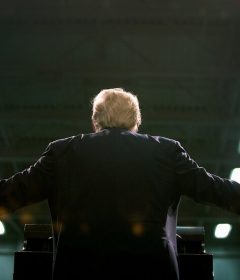