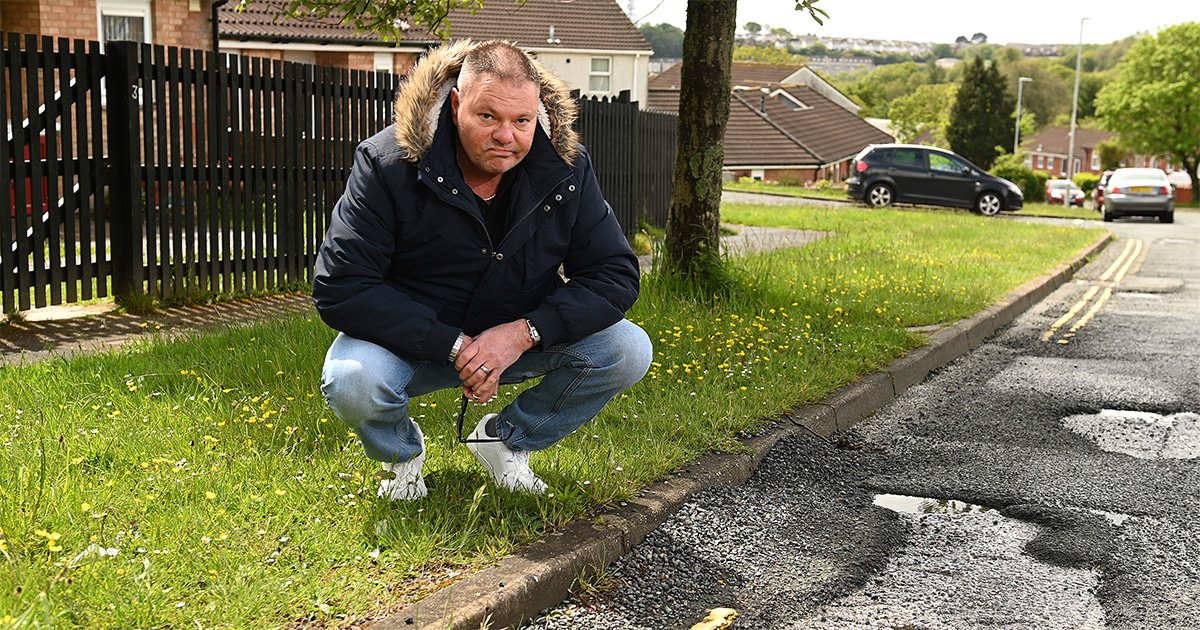 A man who had to pay £300 to fix his car sent the bill to his council after finding out some of the damage was probably caused by potholes.

Al Mitchell has slammed Plymouth City Council for ‘ignoring’ his pleas to fix the streets near his home, which he says are riddled with holes.

Eventually Al got so fed up, he sent them the bill for restoring his car.

A recent test showed Al’s car had significant damage to the ball joint of the suspension arms. When he bought the Nissan Qashqai last June, an MOT deemed it to be in full working order.

He told Plymouth Live: ‘I asked the manager down there for the workshop, and he said it had likely been caused by driving over potholes regularly.

‘It’s absolutely ridiculous, we’ve been on to them for the past four years about it. We’ve filled in about five forms, rung them a number of times, and all we get is “oh the road’s fine”.

‘We sent them (the council) the MOT bill in the last complaint but we haven’t had anything back from them yet. I highlighted on the bill the repairs I’d been told were likely caused by the potholes. It all just falls on deaf ears.

‘Over four years we’ve been on to them about it, and they’ve partially filled some in once, and then now they’re even worse.

‘It needs the whole stretch redoing, especially with the amount of traffic that comes down here now. It’s just constant.’

Plymouth City Council agrees there is damage to the area Al is talking about, Penrith Gardens, but does not believe the damage is serious enough to warrant intervention.

It said: ‘We have recently inspected Penrith Gardens and although there is surface damage to the road there have been no pot holes identified that would require immediate repair.

‘We have an agreed safety inspection process for pot holes and anything that requires intervention is at least 40mm and at least 300mm wide.

‘In the past, the road was resurfaced using a technique called ‘overlaying’, which is placing a new surface directly on to an old surface, without replacing the core.

‘However, we are looking at alternative longer-term solutions for this type of deterioration.’

The state of the city’s roads is seemingly an issue for many Plymouth locals.

As the council makes its transition to a Conservative one, hundreds have flocked to social media to ask their new representatives to focus on potholes, floods and resurfacing roads.

Al has proposed making it a rule that roads have to undergo an MOT test every year in the same way cars do.