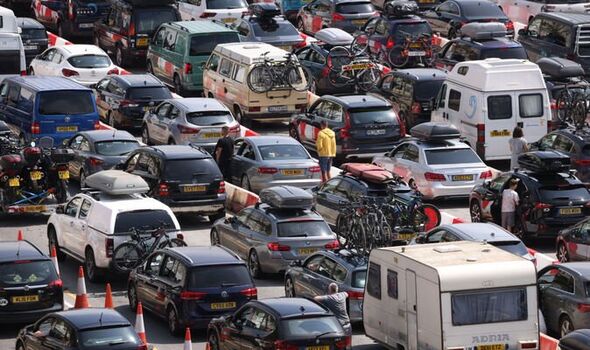 Port bosses declared a “critical incident” as the big school holiday rush began on Friday, warning that trips could be ruined because of “woefully inadequate” staffing by the Police aux Frontières. Yesterday, hundreds of trucks were backed up for three miles on the A20 into Dover.

A tailback also extended from the Eurotunnel terminal at Folkestone to the M20, which was partially closed to become a lorry park.

Some HGV drivers had waited “in excess of 18 hours” to cross the Channel, said Natalie Chapman, from haulier group Logistics UK.

And P&O Ferries told passengers to allow at least five hours to clear the approach roads and security.

Many could do nothing other than stand outside their cars in the hope traffic would start moving soon.

Holidaymaker Angie Emrys-Jones and four family members, including three children, endured nearly 11 hours in a queue and were only able to board the Eurotunnel at 4.15pm, having joined the queue at 5.30am. 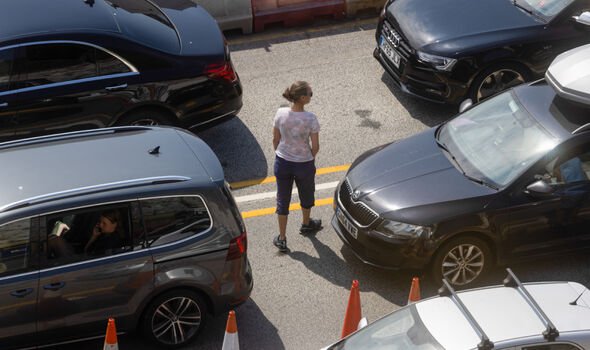 Ms Emrys-Jones, 46, from Cornwall, said the family were “fed right up” and still had a 16-hour journey to Umbria, Italy.

Doug Bannister, chief executive of the Port of Dover, said being “let down” by poor resourcing by the French was “immensely frustrating”. He added: “We are still trying to clear the significant backlog.”

But he stopped short of guaranteeing the tailbacks would clear in the coming days, saying that officials are doing all they can.

“About 34,000 passengers transited outbound through the Port of Dover on Friday. That’s about 8,500 cars,” he said. He estimated that more than 10,000 would go through by the end of yesterday.

Foreign Secretary Liz Truss said disruption has been caused by a lack of resources put in place by French authorities at the border.

Transport Secretary Grant Shapps has said he is “working closely” with his counterpart in Paris, as the French embassy in London said border checks in Dover are “operating in full capacity”.

Local Tory MP Natalie Elphicke said that the French “should apologise to Dover residents and holidaymakers”.

But French politician Pierre-Henri Dumont, the Republican MP for Calais, blamed Brexit and said that the problems at Dover would reoccur.

He told BBC News: “This is an aftermath of Brexit. We have to run more checks than before.”

Mr Dumont added the Port of Dover is “too small”, claiming Britain had recently rejected a proposal to double the number of passport booths given to the French.

Meanwhile, travellers were once again facing lengthy delays at Heathrow Airport yesterday as the summer holidays began. It is estimated around one million people will try to jet away this weekend.