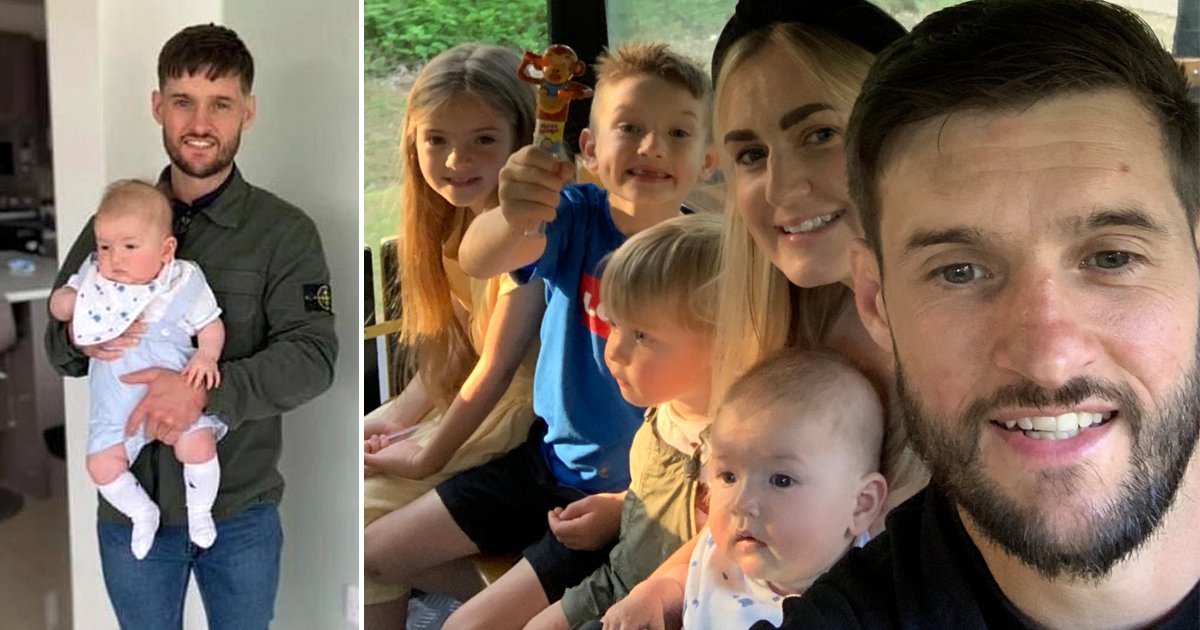 A British father-of-four is in a coma after he was stabbed repeatedly while on a stag do.

Joel Collins, 35, from Troedyrhiw, is believed to have become separated from his friends when he was knifed four times in the abdomen.

He was left for dead in the streets of Albufeira until a passer-by found him and called for an ambulance which took him to Faro.

His sister, Heidi, revealed that he has already had five operations after suffering lacerations to his pancreas, lungs, intestines and stomach.

She said: ‘We’re just taking it day by day now. Doctors have told mum and dad he was handed in to the hospital by ambulance.’

Heidi, along with Joel’s parents and his partner, Gabriella, rushed to Portugal to be with him in hospital.

A GoFundMe was launched to help his family travel from Wales while he recovers in hospital.

The language barrier has also proved difficult for them and they are still unsure if the incident has been reported to the Portuguese police.

Joel’s memory of what happened three weeks ago is limited but nurses think he was mugged as he arrived at the hospital without his phone or ID.

The last thing he recalls is getting separated from his friends and using Google maps to find his hotel.

Heidi said: ‘People need to be extra vigilant when they are in the resort.

‘It seems like the police aren’t doing anything about it. These crimes are going on and nobody is aware of it.’

He is the second Welsh person to be stabbed in the same area this year after Alex Evans from Treherbet was attacked.

Joel’s family have been speaking to him for advice as they say they feel like they have been left without any help or support from the Portuguese authorities.

Alex was similarly on a stag do in Albufeira and had lost his friends when the attack happened.

In a post on social media, he said: ‘On May 15 this year I was stabbed three times and left for dead whilst on a stag do in Albuferia, Portugal.

‘As I’ve slowly been recovering I was made aware of it happening again to Joel Collins.

‘This is upsetting to hear as his story is very much similar and my thoughts are with his family and I’m hoping he has a speedy recovery.

‘After speaking to his family I want to put this out there to make people aware of the knife crime that is happening out in Albufeira as it’s not being made public, and to urge people to stick together.

‘I didn’t think I would be writing a post like this so soon after it happening to me, about someone who lives so close.

‘Please, if everyone could share this, as I would hate for it to have to happen to another family.’