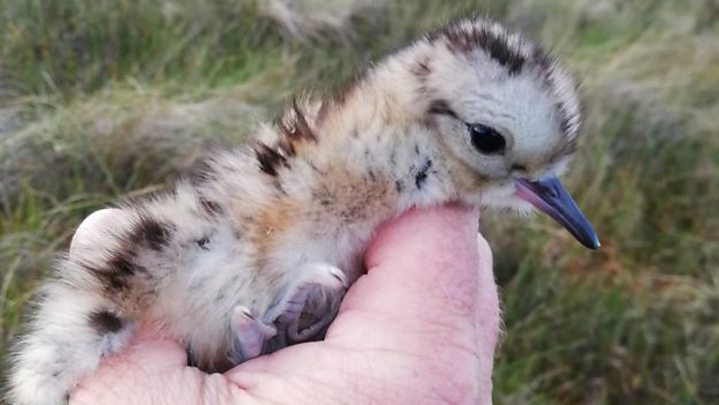 An innovative conservation project has saved the young of one of NI’s most iconic birds, which had faced a wildfire threat.

They had been saved as eggs in late spring when two nest sites were threatened by peatland fires.

In what was a conservation first, permission was sought and granted to collect the eggs and rear the birds to the point of release.

The project was the work of the Lough Neagh Partnership, which collaborated with other experts on it.

But changes in farming led to the loss of suitable habitat and pressure from predators, like foxes and crows, saw numbers of the ground-nesting birds plummet.

The most up-to-date estimate is that there are only between 200 and 500 pairs left.

Siobhan Thompson, of the Lough Neagh Partnership, said they had been forced to act quickly to protect the nests after 12 separate fires on the site in April and June.

“To be able to do such frontline work, and take care of a species that is really, really declining and is in need of conservation work, is fantastic.” 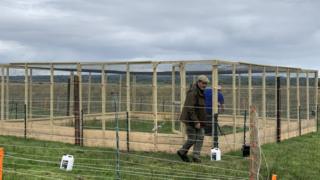 The eggs were incubated until they hatched and the chicks then reared by hand.

In the last four weeks they were transferred to a large outdoor pen to prepare for release.

He said the hope was that the juvenile birds would return to Lough Neagh to raise their own young when they reach breeding age in a couple of seasons.

He said as the fire risk increased a judgement had to be made about whether to intervene to save the eggs.

“The decision, across the agencies, fire service, environment agency, was that this was a sensible thing to do – a sort of crisis approach.

“We can’t sit back and watch this happen, we’ve got to intervene.”