Home » Europe » COVID-19 latest: Up to 4½m most at risk will need to shield again if cases keep rising

COVID-19 latest: Up to 4½m most at risk will need to shield again if cases keep rising 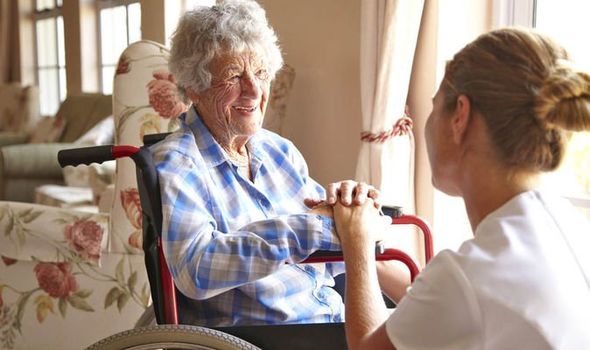 It is understood the plan would initially operate in areas suffering local outbreaks, but could be rolled out nationwide. The original blanket shielding advice ended in August but vulnerable people in some hotspots are still advised to stay home. A further 3,330 cases of coronavirus were confirmed yesterday – up around 10 percent on the 2,988 cases recorded last Sunday. There were again significant rises in numbers in some of the country’s hotspots.

In Bolton, Lancashire, there were more than 500 new cases of COVID-19 in the seven days to September 10, according to Public Health England.

Four other areas of England also have rates that are now higher than 100 cases per 100,000. These are Blackburn with Darwen, Hyndburn and Preston in the North-west and Oadby and Wigston, Leicestershire.

There were none in Wales, Scotland or Northern Ireland for a third consecutive day.

A member of the Government’s New and Emerging Respiratory Virus Threats Advisory Group (Nervtag) yesterday warned that the UK needed to act fast to stop the recent spike in cases spiralling out of control.

Peter Openshaw, a professor of experimental medicine at Imperial College London, told Sky’s Ridge On Sunday that a “trickle” of cases could turn into a “cascade”.

He said: “I think everyone is in agreement that we really need to act very quickly now in order to prevent this from growing exponentially.

“The main point is that we must act fast because it’s so much harder to get this sort of thing under control if you delay.

“Even a few days is potentially going to be quite dangerous now at this particular moment.”

Public Health England has warned that while young people make up the largest proportion of cases, it was “starting to see worrying signs of infections occurring in the elderly”.

Care homes have also been alerted to an uptick in cases, particularly among staff.

Professor Openshaw said that if the virus is again spreading in care homes, it will inevitably lead to hospital admissions and deaths.

He added: “We know that these are very vulnerable pockets.

To find details about coronavirus in your area, please fill in your postcode below.

“It’s not just in the younger people, it’s starting to appear in people more vulnerable and that inevitably is going to be followed by hospital admissions and deaths so we need to act quickly.

“And this isn’t a game. We shouldn’t be out trying to party as hard as we can in the run up to Monday’s lockdown.

“We should all be really thinking about what we can do now to slow down the spread.”

It was also reported that Boris Johnson was considering introducing a 10pm or 11pm curfew on restaurants, bars and pubs.

The move was said to be based on concerns that people become careless about social distancing when drinking late at night.

The Department of Health said: “We keep all aspects of our response to the pandemic under review and in line with the advice of our scientific and medical experts.

“Shielding for the clinically extremely vulnerable has been paused since the start of August in most of the country while average rates of the virus remain low.

“Shielding is still advised in specific areas of the country where prevalence of the virus is higher.”