Home » Europe » Rule of six UK: New restrictions in force TODAY – but what do you need to know?

Rule of six UK: New restrictions in force TODAY – but what do you need to know?

The rule of six is a new restriction which has been introduced across parts of Britain in a bid to curb the rising cases of coronavirus. This restriction on socialising is aimed at avoiding a second spike and therefore placing public sector services such as the NHS under intense pressure once again. Express.co.uk has compiled a full guide to explain how the new restriction works.

What are the rules on social gatherings?

From today (Monday, September 14) gatherings of more than six people are illegal unless it is one of the exemptions on the limited limit.

All ages are included in the ban in England, but children under the age of 11 are exempt in Wales and those under aged 12 are exempt in Scotland.

Social premises including bars, pubs and restaurants must now request test and trace information from all customers and keep these details for 21 days.

In Northern Ireland, six people from two different households can meet indoors and groups of up to 15 people outdoors.

However, local lockdown restrictions have been implemented in Belfast and Ballymena following increases in the number of confirmed cases in these areas. 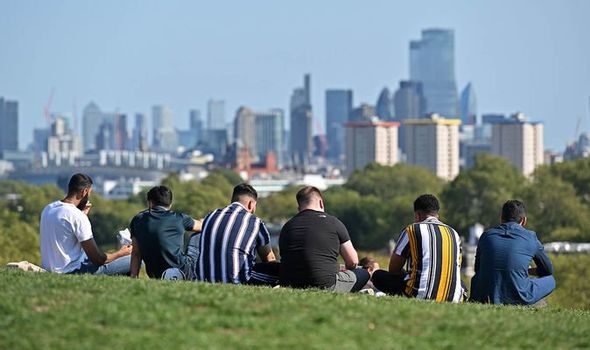 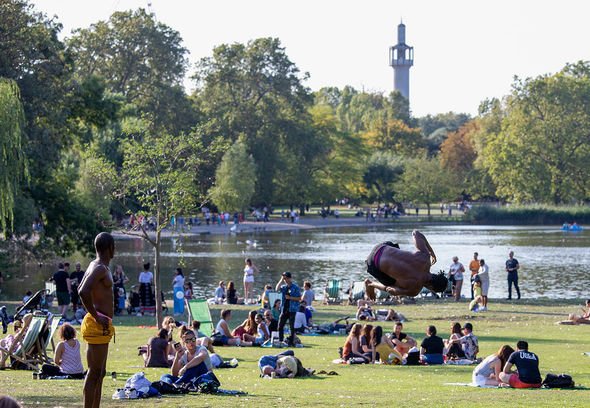 Who is exempt from the new ban?

Not all persons are required to adhere to the new rules.

Households or support bubbles of more than six people can still meet.

In addition, groups in excess of this limit are permitted to meet for work and school.

Places of worship, gyms, restaurants and hospitality settings can still hold more than six people in total so long as other protective measures such as social distancing are observed.

Wedding and funerals with up to 30 people are permitted in England and Wales, while these events are permitted for up to 20 people in Scotland.

Organised team sports involving more than six people are able to continue as long as they are conducted in a covid-secure manner. 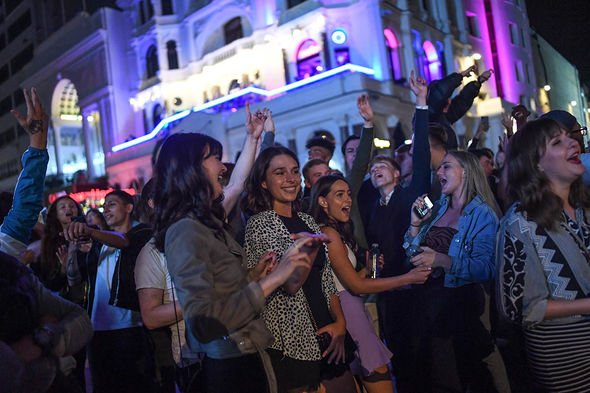 What punishments are in place for those who breach these rules?

Those who breach the new rules face possible fines beginning at £100, with the penalty doubling on each further repeat offence up to £3,200.

Covid-secure marshals will be used to monitor and enforce these new rules, but will not have the power to impose fines.

Instead, marshals will be required to contact police where harsher penalties are required.

Crime Minister Kit Malthouse said people should self-police one another to stop rulebreakers.

He told BBC Radio 4’s Today programme: “If they are concerned and they do see that kind of thing then absolutely they should.”

DON’T MISS
Queen’s Christmas plans in jeopardy if rule of six still in place [INSIGHT]
Coronavirus: How to boost immune system and ‘lower risk of virus’ [EXPLAINER]
Land of Hope and Glory and Rule Britannia belted out at the Proms [PICTURES]

Why has this nationwide restriction been introduced?

The UK hit its highest number of positive cases at 3,539 on September 11, the highest level for four months.

When announcing the new restrictions last week, Prime Minister Boris Johnson said the Government was introducing the rules and mandating stricter enforcement as “rules have become quite complicated and confusing”.

Mr Johnson said: “We have spoken to police officers about what they need for an effective enforcement regime and of course, listened to the feedback from you, the public.

“In response, we are simplifying and strengthening the rules – making them easier for you to understand and for the police to enforce.

“I should stress that if we are to beat the virus then everyone, at all times, should limit social contact as much as possible and minimise interactions with other households.

“It is safer to meet outdoors and you should keep your distance from anyone you don’t live with, even if they are close friends or family.” 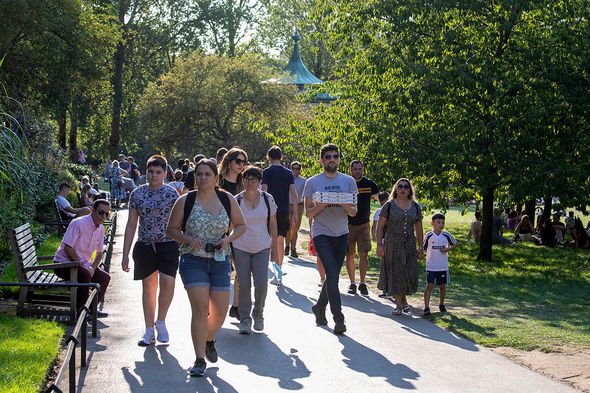 What other rules and restrictions are in effect?

Social distancing is a key part of each UK nations’ frontline response to coronavirus.

In England, social distancing is required to be one metre plus which means it must be two metres where possible, but it can be reduced to one metre where necessary.

In Scotland, Wales and Northern Ireland, the social distancing distance is two metres but is less in some premises in Scotland and Wales.

Social distancing is not the only restriction in place across the UK.

Many areas are using targetted local lockdown measures to tackle spikes in the viruses.

Local lockdown measures are currently in effect in the following areas: