Home » Europe » COVID-19: Boris Johnson dismissed autumn lockdown as those dying were ‘all over 80’, Dominic Cummings has claimed

COVID-19: Boris Johnson dismissed autumn lockdown as those dying were ‘all over 80’, Dominic Cummings has claimed

Boris Johnson did not want to tighten restrictions last autumn as “the people who are dying are essentially all over 80”, Dominic Cummings has claimed.

In an interview with the BBC, the PM’s former senior adviser alleges that Mr Johnson said in leaked messages that he no longer believed “all this NHS overwhelmed stuff” as he refrained from imposing England’s second lockdown.

Mr Cummings has repeatedly accused the prime minister of acting too slowly in enacting the second lockdown which came into force in early November. And in his first interview since leaving Downing Street after a row last November, the PM’s former senior aide continues his assault on the prime minister by accusing his former boss of putting his “own political interests ahead of people’s lives”.

Mr Cummings discloses WhatsApp messages apparently sent from the PM on 15 October in which he says the government should “recalibrate” their thinking about imposing another lockdown as “hardly anyone under 60 goes into hospital”.

“I must say I have been slightly rocked by some of the data on COVID fatalities. The median age is 82 – 81 for men 85 for women. That is above life expectancy. So get COVID and live longer.

“Hardly anyone under 60 goes into hospital (4 per cent ) and of those virtually all survive. And I no longer buy all this NHS overwhelmed stuff. Folks I think we may need to recalibrate,” it reads.

Another adds: “There are max 3m in this country aged over 80. It shows we don’t go for nation wide lockdown.” 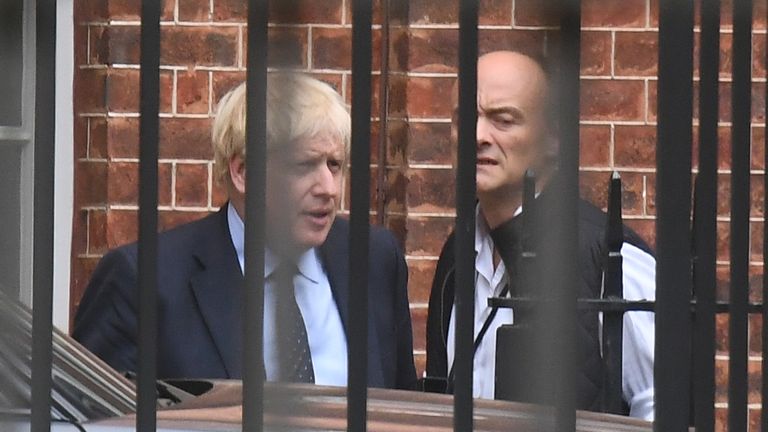 Mr Cummings describes Mr Johnson’s attitude of being “partly it’s all nonsense and lockdowns don’t work anyway and partly well this is terrible but the people who are dying are essentially all over 80 and we can’t kill the economy just because of people dying over 80″.

The PM’s former adviser also claims Mr Johnson wanted to visit the Queen in person at the beginning of the pandemic, days before the first lockdown was announced, despite staff in Downing Street falling ill with COVID-19.

Mr Cummings says he had to talk the prime minister out of visiting Her Majesty by warning she may die if given the virus – something Downing Street has denied.

“I just said if you, if you give her coronavirus and she dies what, what are you gonna, you can’t do that, you can’t risk that, that’s completely insane,” the PM’s former senior aide said. 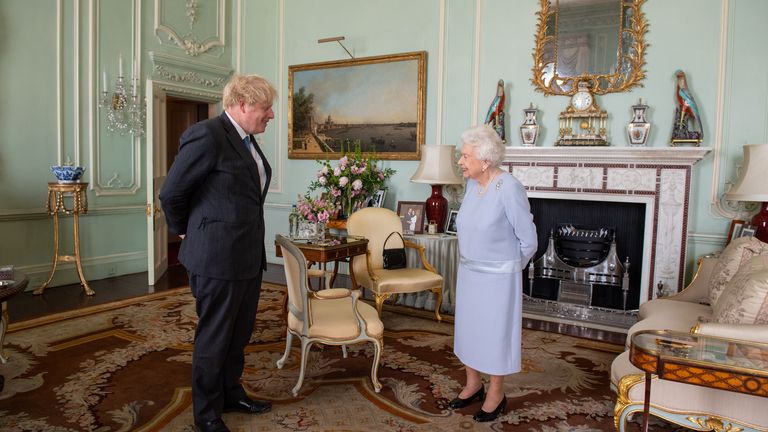 They did not resume in-person meetings until 23 June this year.

Responding to the allegations made by Mr Cummings in the interview, a No 10 spokeswoman said: “Since the start of the pandemic, the prime minister has taken the necessary action to protect lives and livelihoods, guided by the best scientific advice.

“The government he leads has delivered the fastest vaccination rollout in Europe, saved millions of jobs through the furlough scheme and prevented the NHS from being overwhelmed through three national lockdowns.

“The government is entirely focused on emerging cautiously from the pandemic and building back better.”