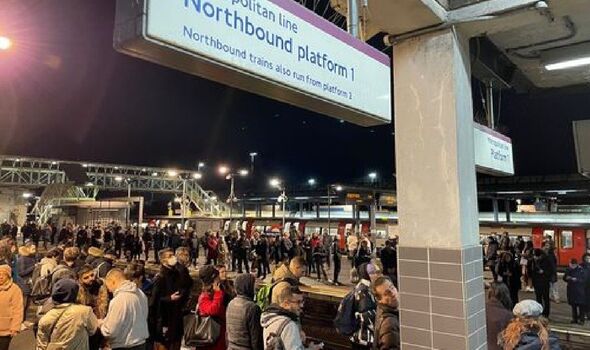 The District, Circle and Hammersmith & City lines, as well as the Elizabeth line have been completely suspended this evening (Monday, January 23), while the Metropolitan line is part suspended.

There are also delays on the Piccadilly line and Elizabeth line – the delays are due to a signal failure in the City of London, believed to be at Aldgate.

Large numbers of commuters have been pictured waiting at Waterloo Station for the chaos to clear.

Passengers have been left stranded, with one witness at Upton Park telling MyLondon: “The whole of the District line has been suspended due to a signals failure in the city.

“My Tube driver has just announced it.”

Another said: “Why is District line always suspended I just wanna get home it’s cold.”

A spokesperson for TfL said: “District Line: No service due to a signalling systems failure.”