Colin Pitchfork: Double child murderer and rapist to be released from prison 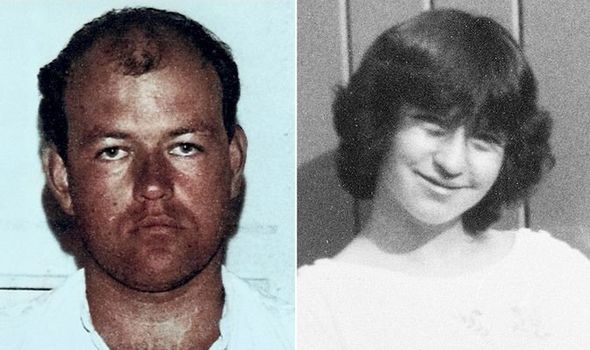 The sex fiend, who raped and killed two teenage girls in the 1980s, will have his freedom after the Parole Board’s assessment was upheld today. He was jailed for life in 1988 but judge His Honour Michael Topolski QC believes Pitchfork can be “safely managed in the community”.

In a statement issued by the Parole Board today, the judge said: “This was and remains a case of considerable seriousness, complexity and notoriety.

“The terrible consequences of the brutal rapes and murders of two innocent girls will forever darken the lives of the families concerned.

“A highly experienced and expert panel comprising of two judicial and one psychologist member had in essence two questions to decide.

“First, did the respondent need to remain in prison to complete any further offending work and secondly, could his risk be safely managed in the community?

“For the reasons I have given, I do not consider that the decision was irrational and accordingly, with my thanks to the parties for their submissions, the application for reconsideration is refused.”

The victims’ families have said on a number of occasions they believe he remains a danger to the public and should remain in prison for the rest of his life.

Pitchfork raped and murdered 15-year-olds Lynda Mann and Dawn Ashworth in Leicestershire in 1983 and 1986 respectively.

Lynda’s sister, Rebecca Eastwood told Leicestershire Live last month: “I don’t have any confidence at all in the justice system if they are prepared to let someone like him out.

“It comes down to the justice system looking at someone who has done the things this man has done and thinking ‘he’s done his time, let’s give him a chance and let him out’.

“They can’t give a 100 per cent guarantee he will not offend. Even if it’s only a small chance that he will commit more crimes, it’s not a risk worth taking.”

Pitchfork raped and murdered Lynda, 15, in November 1983, leaving her body near the Black Pad footpath, in Narborough.

He took 15-year-old Dawn’s life in July 1986, and left her in Ten Pound Lane, also in Narborough.

Speaking today, a Parole Board spokesperson said: “The Parole Board has immense sympathy for the families of Dawn Ashworth and Lynda Mann and recognises the pain and anguish they have endured and continue to endure through the parole process.

“In the reconsideration the decision, the judge remarks that ‘the terrible consequences of the brutal rapes and murders of two innocent girls will forever darken the lives of the families concerned’.

“However, Parole Board panels are bound by law to assess whether a prisoner is safe to release.

“It has no power to alter the original sentence set down by the courts.

“Legislation dictates that a panel’s decision must be solely focused on what risk a prisoner may pose on release and whether that risk can be managed in the community.

“As made clear in the reconsideration decision, release was supported by all of the Secretary of State’s witnesses during Mr Pitchfork’s review.

“The reconsideration mechanism was introduced under the Parole Board Rules 2019 to allow the Secretary of State and prisoners to challenge a Parole Board decision.

“We welcome this crucial safeguard in the system which allows an avenue for people to scrutinise our decisions.”