Cat dead and another injured after being shot with crossbow 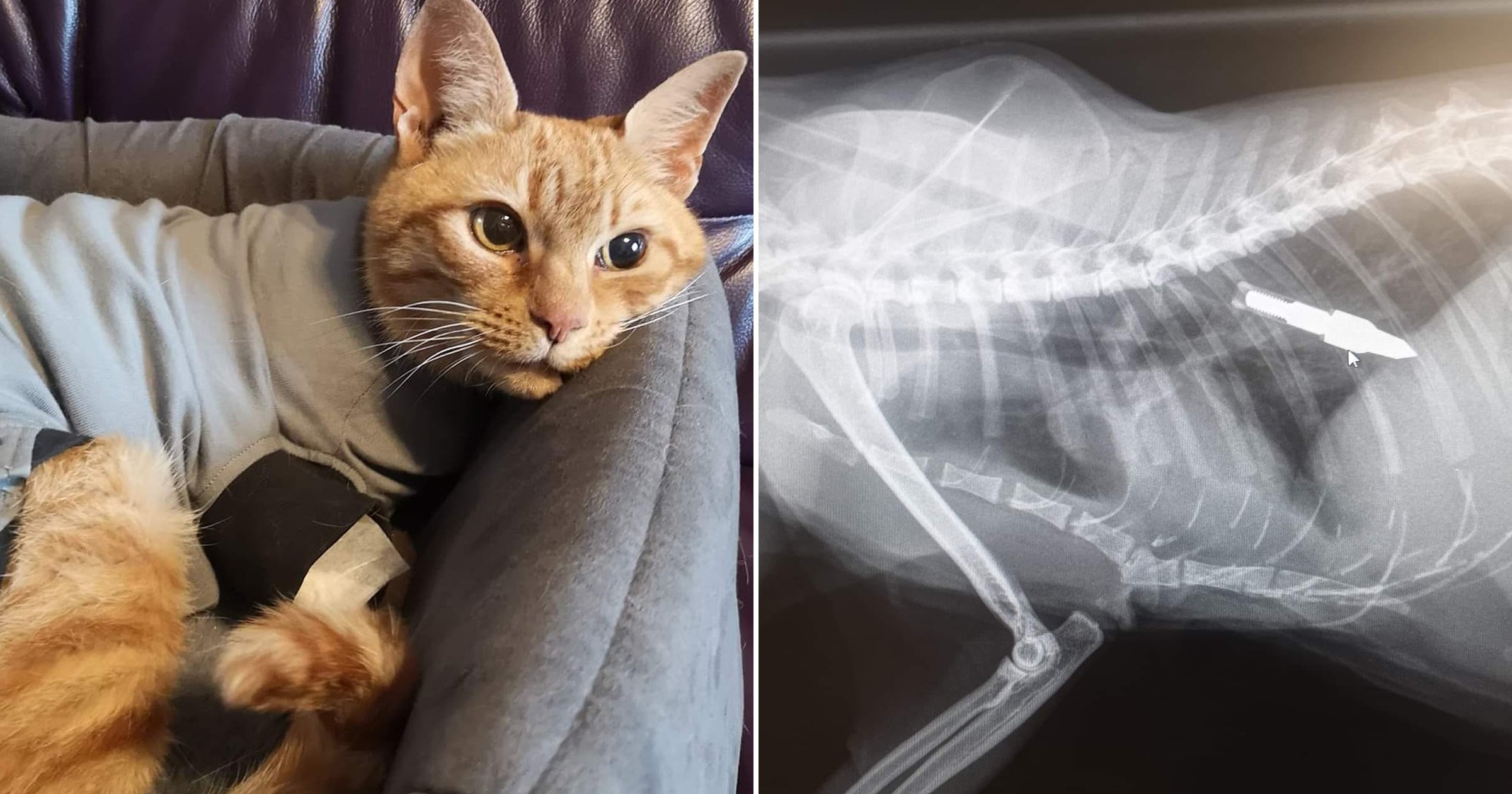 A cat has died and another has been seriously injured after the pets were targeted with a 9-inch arrow shot from a crossbow.

Jim Mclean’s tabby ginger cat had been missing for two days prior to the attack before turning up back at the house in Kingussie, in the Scottish Highlands, with the horrific injury.

The arrow proved fatal for one cat and almost killed Nuke as the arrow went through his shoulder blades and between his lungs.

He only survived because it missed his heart and spine by inches in the process.

Nuke was miraculously still able to walk and is currently being treated at the vets.

Jim, 52, told the Daily Record he believes the attack was deliberate.

Jim and the other villagers are now afraid to let their pets out in fear they will also be attacked.

He said: ‘We’ve been out looking for him every day.

‘He turned up yesterday at the back of the house and couldn’t get over the fence with this cross-bow dart in him.

‘We rushed him up to the vet and they said that they’ve never seen a cat able to walk about and still alive with a thing this size in him.’

Jim continued: ‘It looks to me like whoever has done it has pinned him into a corner or whispered him over because he is such a friendly boy.

‘It is not an accident, it is predatory.

‘Whoever has done this is a sick human being and I hope they get help. Putting a cross-bow into a friendly defenceless animal is just sick.

‘Nuke would go to anybody for a cuddle.’

Jim suspects the perpetrators – whether kids, teenagers or adult, knew what they were doing.

‘If they can do that to an animal, they could do it to a human’, he said.

‘Everybody in the village is scared to let their animals out now.

‘Somebody must know something about it, it is such a small, tight-knit community.’

Police are appealing to members of the public to find those who are responsible.

A Police Scotland spokesman said: ‘At 4pm on Friday, July 22, we received a report that a cat had been seriously injured by a crossbow.

‘The cat was found by its owner in the Orchard Court area of Kingussie and the incident was believed to have happened earlier this week. Inquiries are ongoing.’

An online fundraiser was been launched to help Jim and his family pay for Nuke’s operation. It can be viewed here.

Anybody with information on the incident is urged to contact officers on 101, quoting reference number 2421 of July 22, 2022.