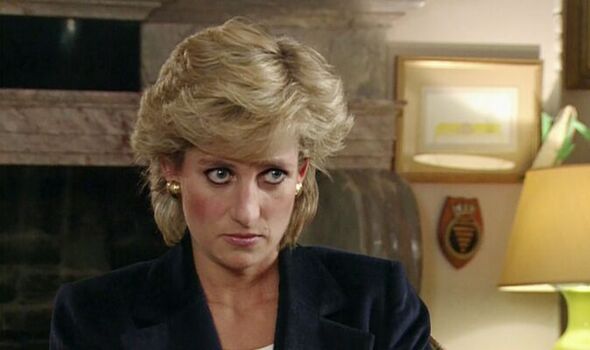 In an explosive statement, Earl Spencer accused Bashir of “grooming” him as part of his web of deceit to land the Panorama interview with Diana. He urged Met Police chiefs to “reconsider their responsibilities” and launch a probe into what he called “unlawful and criminal behaviour’’ at the BBC.

Earl Spencer made his statement just days after the corporation agreed to pay £200,000 to former Royal nanny Tiggy Legge-Bourke for the lies Bashir peddled about her to get the interview.

Earl Spencer, 58, met Bashir for the first time on August 331, 1995, he said. For the next three weeks, he was told a stream of lies, backed up by forged bank documents.

The fabricated stories of spying and betrayal by people close to Diana played on her paranoia and led to her to give up her police protection officers.

The Princess was killed in the Paris car crash with her friend Dodi Fayed and civilian driver Henri Paul on August 31, 1997.

Writing in a Sunday, newspaper Earl Spencer wrote: “Two years later, to the day, my youngest sister would be dead – killed in a car crash, with no royal protection officers on hand, having chosen to dispense with the services of those who she should have been able to trust implicitly with her safety.”

He added: “The question I am repeatedly asked by concerned members of the public, furious at what my sister was put through, is why have the police not prosecuted those involved for what various senior lawyers have told me is clearly unlawful and criminal behaviour?

“I hope the police will reconsider their responsibilities in this matter.

“Only they have the power to get to the bottom of this terrible scandal, which led Diana to feel even more exposed and alone, and deceived her into forgoing those who cared for her and would have protected her.”

BBC chiefs carried out an inadequate investigation into complaints about how Bashir lied to get the Diana interview.

Her brother said: “When there was what the BBC termed an investigation into the matter in the spring of 1996, into how the interview was procured, senior managers in the BBC knew that I was the go-between that introduced Diana to their reporter.

“Yet they chose not to let me know of the investigation at all. Who, therefore, chose not to approach me for my evidence?

“Why did they not want to hear it? Who were they covering for?”

A damning report into the scandal by former Master of the Rolls Lord Dyson in May last year branded Bashir “deceitful.”

He described the probe by BBC bosses into complaints about Bashir’s antics as “woefully ineffective.”

Scotland Yard reviewed evidence in the Dyson Report and announced last September no action would be taken against anyone involved in the affair.

Asked about its response to Earl Spencer’s call for an inquiry yesterday, the Yard re-issued the statement it released in September.

It said: “In March 2021, the Metropolitan Police Service determined it was not appropriate to begin a criminal investigation into allegations of unlawful activity in connection with a documentary broadcast in 1995.

“Following the publication of Lord Dyson’s report in May, specialist detectives assessed its contents and looked carefully at the law – once again obtaining independent legal advice from Treasury Counsel as well as consulting the Crown Prosecution Service.

“As a result, the Metropolitan Police Service has not identified evidence of activity that constituted a criminal offence and will therefore be taking no further action.”