The EU’s chief negotiator said today that he is prepared to “intensify” Brexit negotiations in what appears to be a promising moment as Brussels and London aim to agree a trade deal. Writing on social media, Mr Barnier said: “As stated by President von der Leyen on Friday, I confirmed that the EU remains available to intensify talks in London this week, on all subjects, and based on legal texts. “We now wait for the UK’s reaction.” The transition period ends on December 31, meaning negotiations will have to be concluded swiftly if the EU and the UK are to avoid a no deal Brexit.

However, while Brussels adopts a friendly approach, Mr Barnier’s reported concessions to EU member states could spell bad news for the UK.

So far, the EU has stood firmly by its demand that the UK cannot have access to European markets without opening up its fishing waters post-Brexit.

However, RTE reported last week that the chief negotiator attempted to coax fisheries ministers into adopting a more “realistic” position.

One diplomat said: “He gave me the impression that his line has become harder. 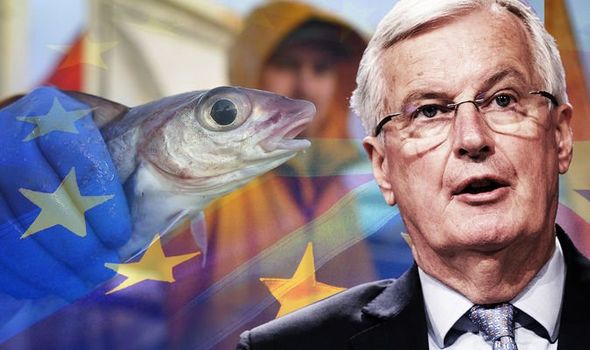 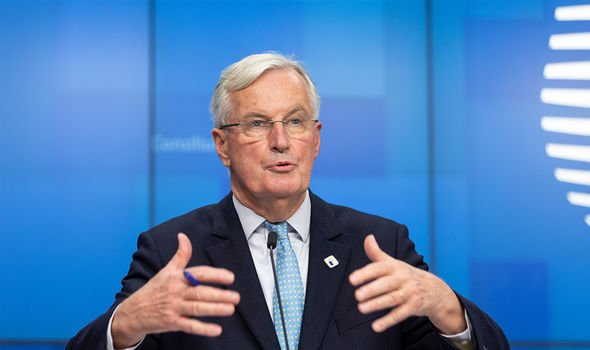 “Ten days ago Barnier was moving into the space of trying to encourage ministers to be more flexible and giving him room for manoeuvre. Now he’s more hardline.”

Mr Barnier has been speaking this week by video link to ministers from the Group of Eight, including Ireland, Belgium, Spain, the Netherlands, Denmark, Germany, France and Sweden. 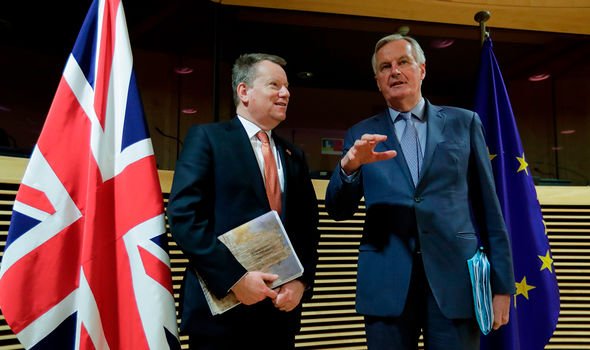 Sean O’Donoghue, chief executive of the Killybegs Fishermen’s Organisation said: “Barnier is trying to twist [fisheries ministers’] arms, but my understanding is that he hasn’t been successful in doing that.”

Patrick Murphy, chief executive of the Irish South and West Fish Producers Organisation, told RTE that he feared the consequences without a deal.

He said: “There are 400 vessels from the EU known to fish between the North Sea, the Irish Sea, the French Channel, off the Shetlands, that fish inside UK waters.

“If they are denied access, where are they going to go? We have 164 [Irish] vessels over 18 metres length.

“In 2006 we had 280. We’ve already taken the pain as a nation to sustain the stocks off our coastline for everybody else to fish. 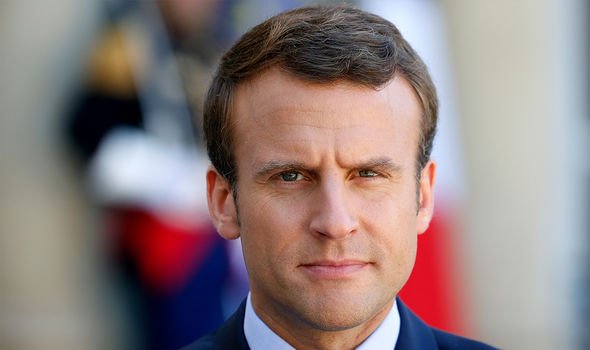 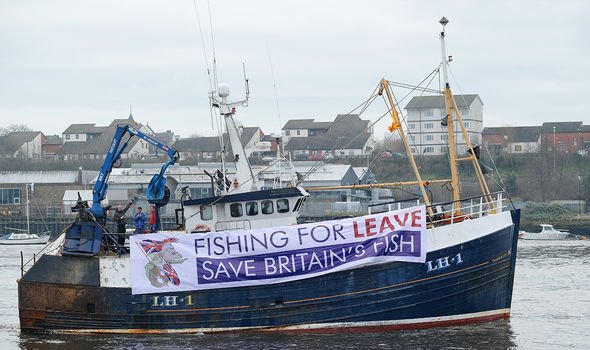 “We’re down nearly 50 percent of our fleet in 10 years. So, it would be crazy now to see an influx of boats back into that area.”

France has put up the most resistance, with French President Emmanuel Macron trying desperately to keep access to UK waters for his country’s fishermen.