Lower courts had ruled that both policies — one requiring asylum seekers to stay in Mexico, the other diverting money for a border wall — were unlawful. 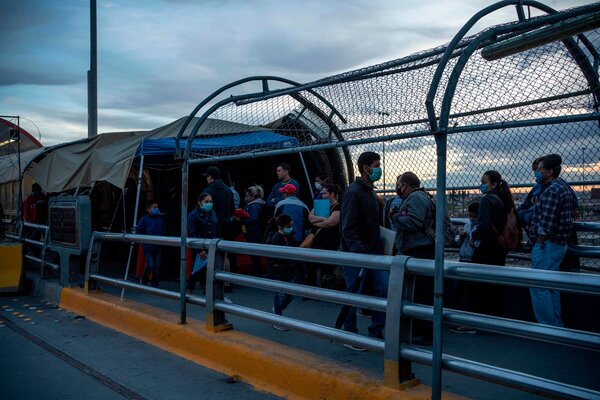 WASHINGTON — The Supreme Court on Monday agreed to review two major Trump administration immigration initiatives: a program that has forced at least 60,000 asylum seekers to wait in Mexico while their requests are heard and the diversion of $2.5 billion in Pentagon money to build a barrier on the southwestern border.

Lower courts blocked both measures. But the Supreme Court, in earlier orders, allowed them to remain in effect while appeals moved forward.

The arguments in the two cases will not be heard until after the November election. Should President Trump’s Democratic opponent, Joseph R. Biden Jr., win, his administration could take steps to make the cases moot.

In the case on asylum seekers, an appeals court in February blocked the program, known as Remain in Mexico, saying it was at odds with both federal law and international treaties and was causing “extreme and irreversible harm.”

The program applies to people who leave a third country and travel through Mexico to reach the United States border. Since the policy was put in place at the beginning of last year, tens of thousands of people have waited for immigration hearings in unsanitary tent encampments exposed to the elements. There have been widespread reports of sexual assault, kidnapping and torture.

The coronavirus pandemic has also complicated matters. In its brief seeking Supreme Court review, filed in April, the administration acknowledged that “the public health emergency caused by the Covid-19 virus” prompted it to take additional measures making it even harder to seek asylum. “The government’s response to the emergency is fluid,” the brief said, “and measures attributable to the emergency are not at issue in this case.”

The brief said the program, formally called the Migrant Protection Protocols and administered by the Department of Homeland Security, has been successful.