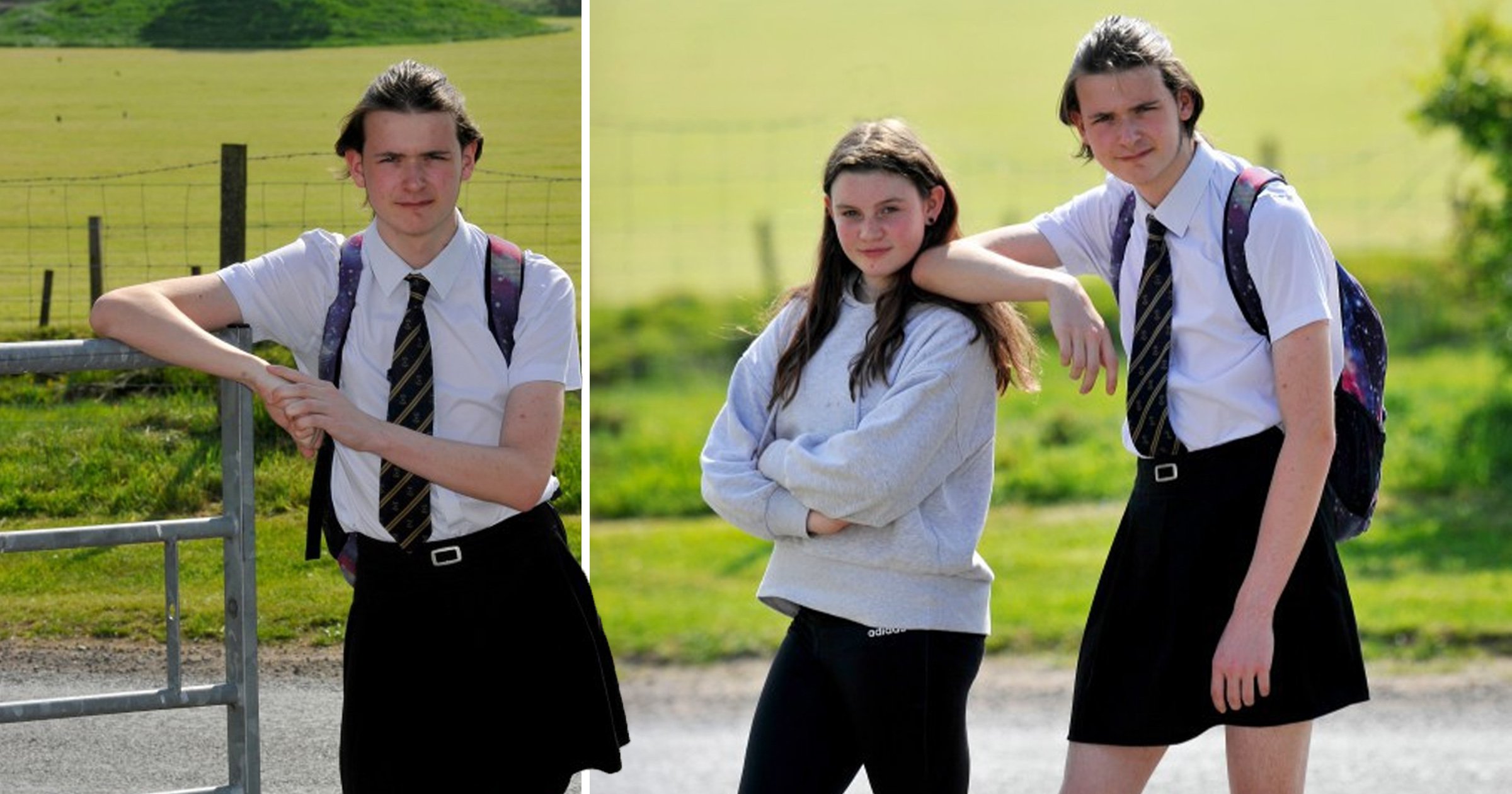 A teenage boy is wearing his sister’s skirt to school in protest at being sent home for donning a pair of shorts on one of the hottest days of the year.

Shane Richardson was one of around a dozen boys dismissed for wearing shorts when it became ‘really hot’ in class at Moffat Academy in Dumfries and Galloway.

The 16-year-old has since borrowed sister Lexi’s clothing after being told the dress code was either trousers or a skirt.

Following the youngster’s demonstration, the local council has decided to review the school’s uniform policy.

Shane told the Daily Record: ‘There’s no air conditioning switched on in the classrooms just now because of Covid so it’s really hot.

‘Like a few others, I was sent home for wearing shorts so I decided to start wearing my sister Lexi’s skirt.

‘The teachers haven’t said anything to me about wearing a skirt and neither has the taxi driver who picks us up and takes us to school in the morning.’

She said: ‘As well as Shane and about 12 other boys, some girls have also been sent home for wearing shorts.

‘It’s been sweltering outside so for them not to be able to wear smart shorts to school is ridiculous.

‘They are just back at school after lockdown and it’s not long until it winds up on June 24 for the summer holidays, so it’s important for their education to be there.

‘This weather has meant they are sitting in a hot classroom for hours and the air conditioning is switched off because of the Covid-19 regulations.’

Hayley added: ‘There is now going to be a parents committee meeting to discuss this on a Zoom call.

‘It takes place on June 16, but I am actually going to miss it because I work night shifts as a lorry driver.

‘But the date is close to the school winding up and a lot of parents think it should be brought forward to get it sorted.’

Dumfries and Galloway Council said the current uniform policy at Moffat Academy has been in place for several years.

A spokesman added: ‘Feedback from young people, parents and carers to the school has indicated that it is time to review the policy and make changes.

‘Whilst this engagement is ongoing, pupils have been reminded to adhere to the agreed policy which enables the school to maintain high standards and excellence before any changes are finalised.

‘An update to the parent council following this engagement has already been scheduled for June 16.’