Home » Europe » Boy, 4, attacked by neighbour's lurcher while in the toilet

Boy, 4, attacked by neighbour's lurcher while in the toilet 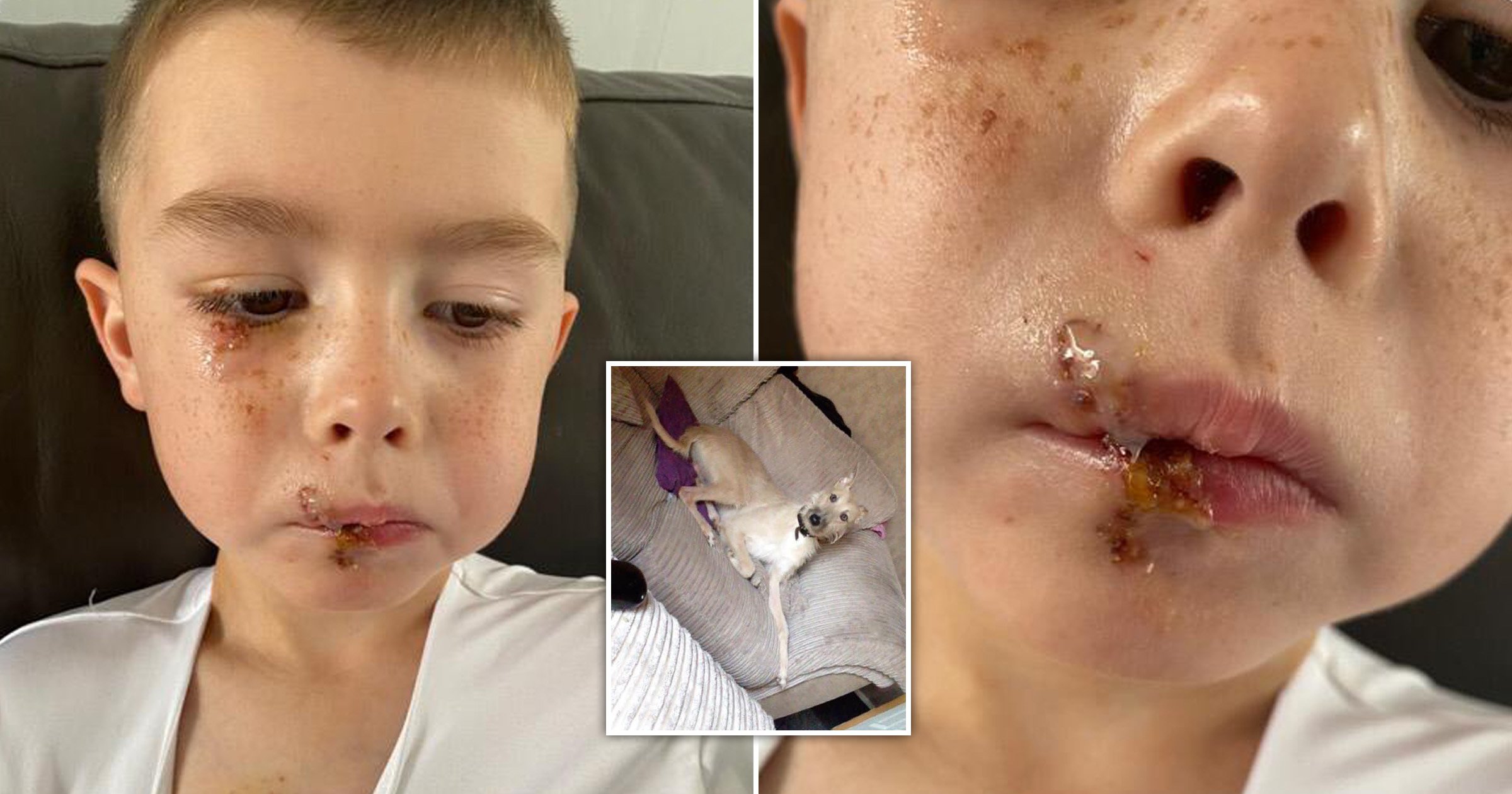 Horrifying pictures show the facial injuries a four-year-old suffered when he was attacked by a friend’s dog.

Leon Lawlor left the door ajar as he went to use the toilet at David Thorley’s house in Meir, Stoke-on-Trent.

He was left covered in blood and needed surgery after lurcher Duke savaged him on his mouth and eyelid, Stoke-on-Trent Live reports.

Dad-of-three Thorley, 30, intervened after hearing the ‘disturbance and distress’ around 7pm on August 1, 2020.

He had no reason to suspect Duke would attack and immediately re-homed him, Stoke-on-Trent Crown Court heard.

The ground maintenance worker was spared prison after admitting being the owner of a dog which caused injury while dangerously out of control. He was handed a six-month prison sentence, suspended for 12 months.

Duke, who had been in the family for five years, had been around Leon ‘several times before’, prosecutor Alexander Barnfield said.

He said: ‘The child’s mother disagrees with that and suggests the dog had always been shut away when the child was there.’

Steve Hennessy, mitigating, said: ‘He [Thorley] has always accepted the dog has caused the injury.

Duke – who has had several different owners since being rehomed – was assessed by Staffordshire Police the day after the violent incident. They had no concerns about his behaviour.

Thorley was also given a five-day rehabilitation activity requirement. He must do 60 hours unpaid work and pay Leon £250 compensation.

Judge Graeme Smith told him: ‘Your culpability was to allow the child to be in a confined area with Duke without proper supervision.’