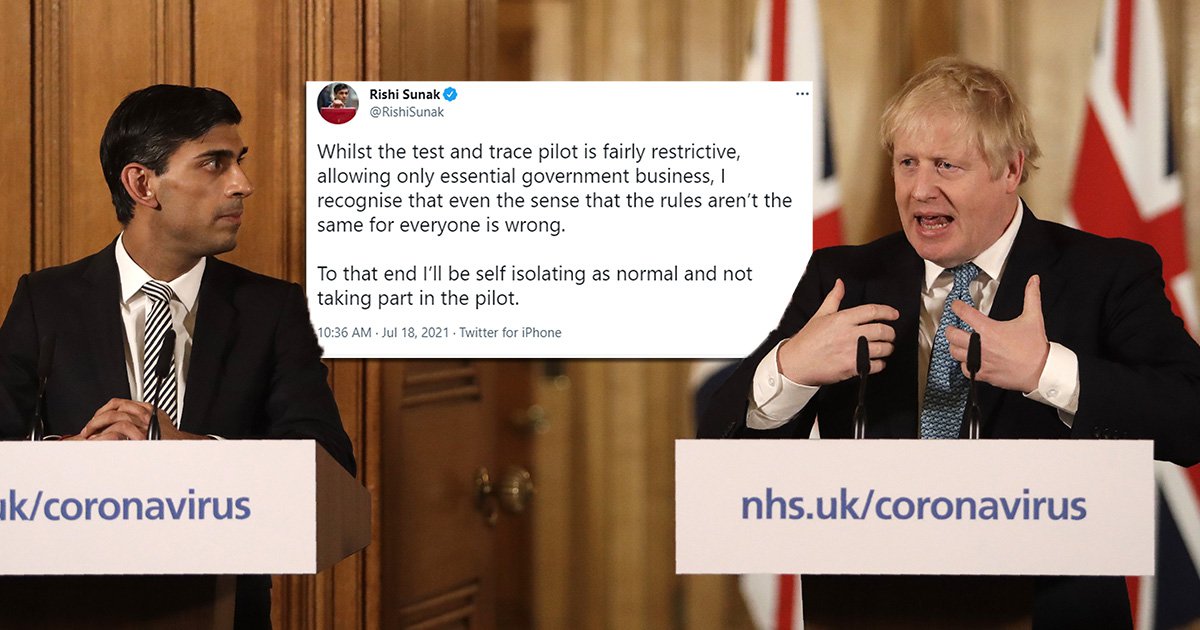 In a dramatic U-turn this morning, the Prime Minister and Chancellor abandoned heavily criticised plans to take part in a pilot scheme that would have allowed them to continue working from Downing Street.

‘He will not be taking part in the testing pilot,’ a spokesman from Johnson’s office confirmed.

‘He will continue to conduct meetings with ministers remotely. The Chancellor has also been contacted and will also isolate as required and will not be taking part in the pilot.’

Mr Sunak tweeted: ‘Whilst the test and trace pilot is fairly restrictive, allowing only essential government business, I recognise that even the sense that the rules aren’t the same for everyone is wrong.

‘To that end I’ll be self isolating as normal and not taking part in the pilot.’

There was widespread fury at the initial plan, which came after more than 500,000 people were told to self-isolate by the NHS Covid app in England in the space of just one week.

Labour Deputy leader, Angela Rayner, lashed out at the PM on Twitter: ‘Sorry for the unparliamentary language but this just takes the pi**.