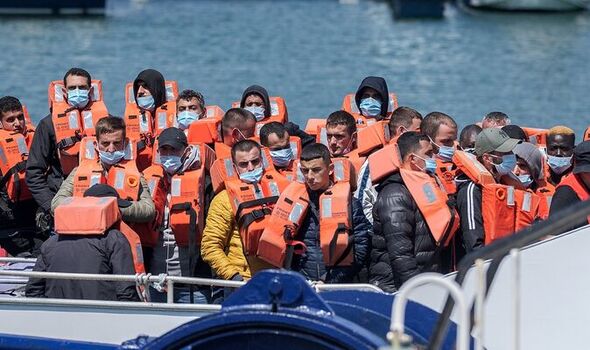 The Independent Review of Border Force concluded the organisation is “ill-equipped” to deal with the number of boats crossing from Northern France. Former Australian immigration minister Alexander Downer said vessels designed for “high-speed interception of vessels for law enforcement purposes” are rescuing people and “escorting them into port”.

He said: “It is unsurprising that there is some public disquiet about this issue.”

The report called for an urgent review of how the Channel migrant crisis is tackled.

In a damning criticism of the Home Office response, Mr Downer said: “The overall approach to this problem over the past few years has been ineffective and possibly counter-productive in preventing these journeys.”

Mr Downer, who was appointed to carry out the review by Home Secretary Priti Patel, strongly hinted fewer customs checks are being carried out at ports as a result of the crisis.

He said: “A further frustration is that to sustain the Border Force operation in the English Channel, officers from elsewhere are being drafted into the maritime command which detracts from other important activities that should be undertaken at ports across the country.

“The current resource requirements in the Channel are not sustainable.

“The problem of illegal entry by small boats is not solvable in the Channel by Border Force.”

To combat the issue, Mr Downer said migrants should be sent to a “third country rapidly”.

He said neither Border Force or Royal Navy vessels should be used to rescue migrants.

Instead, the former immigration minister said “vessels that are better suited to the task” should be contracted to rescue migrants crossing the Channel, freeing up Navy and Border Force ships.

And he backed calls for fresh talks between the UK and French Government to urge Paris to intercept migrants.

Judges ruled a High Court challenge against the Government’s plan to deport some asylum seekers to Rwanda will take place in September.

Several asylum seekers, along with the Public and Commercial Services union (PCS) and charities Care4Calais, Detention Action and Asylum Aid, are bringing challenges against the plan to provide one-way tickets to the east African country.

In a judgment on Wednesday, Lord Justice Lewis said the main hearing will go ahead from September 5 for five days, with a second hearing in the claim brought by Asylum Aid taking place in October.

Lord Justice Lewis, sitting with Mr Justice Swift, said: “We accept that there is a strong public interest in hearing this claim as soon as reasonably possible.

“The challenge is to arrangements adopted by the Government to give effect to a policy which it regards as in the public interest and which it considers may impact on the ability and willingness of persons to risk dangerous journeys by lorry or small boats across the English Channel.

“We are satisfied after careful consideration that the timetable that we have settled on will ensure all claimants can present their claims fairly.” 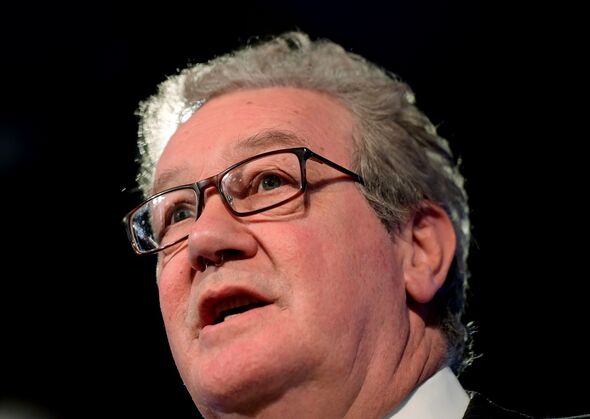 And in a boost for Home Secretary Priti Patel, Mr Downer backed the plans on Wednesday.

He said: “People that have entered the UK should be moved to a third country rapidly for assessment under the UN Convention and other relevant legislation.

“The rapid movement of people that have entered the UK illegally to a third country reduces the risk of the removal process being frustrated.

“The eligibility for removal should embrace all cohorts of people who enter the UK illegally.

Issues with long-term planning and ineffective recruitment mean that checkpoints at Heathrow Airport are not properly staffed, the review said.

It warned that queues had been more than three hours long at some points during the review period, and that maximum time targets had been suspended after being repeatedly breached.

Mr Downer said: “The long queues are the visible manifestation of more systemic issues, many of which apply to Border Force as a whole.

“Queues at Heathrow are a frustration for passengers and are a significant problem for the airport operator and airlines.”

The Home Office also announced plans to revolutionise how immigration checks are carried out with a pilot of a “contactless” digital border within two years.

Testing is to begin on technology that would allow some passengers to enter the UK and undergo automated border screening without going through an eGate or speaking to a Border Force officer.

The passengers would be pre-screened and identified at the border in an effort the department hopes will speed up legitimate journeys to the UK.

Ms Patel says the aim is to ensure the border is “fit for the 21st century” and enables travellers to get a visa and pass through it easily while maintaining national security.

She said: “I am also committed to ensuring our fantastic Border Force are given access to the most up-to-date automation technologies so they can use their specialised skills on protecting our border from those who seek to harm the UK.”