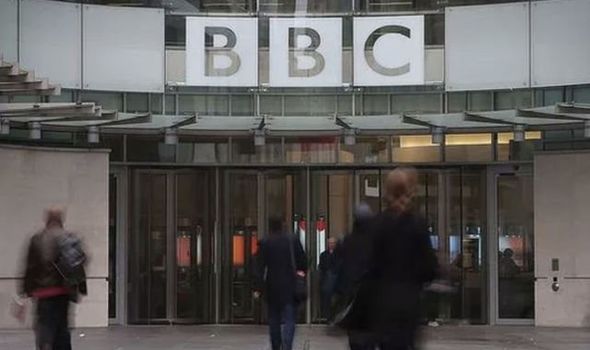 The Prime Minister hit out amid mounting calls for a major overhaul of the corporation.

Mr Johnson said he was “very concerned” that an inquiry found Martin Bashir faked documents for his 1995 Panorama interview.

Mr Johnson said he was grateful to Lord Dyson for carrying out the inquiry, which found the BBC later covered up “deceitful behaviour”.

He said: “I can only imagine the feelings of the Royal Family and I hope very much that the BBC will be taking every possible step to make sure nothing like this ever happens again.”

The comments came as ministers threatened an overhaul of BBC governance and Tory MPs insisted it faces “existential” questions.

Justice Secretary Robert Buckland told ITV’s Good Morning Britain: “There may be issues that Lord Dyson wasn’t asked to cover that need to be looked at more widely, so it is a very serious moment for the BBC.

“They have apologised, which is appropriate, but clearly the wider issues of governance and the way things are run now need to be looked at.”

Digital, Culture, Media and Sport Committee chairman Julian Knight said he was writing to directorgeneral Tim Davie, who took up the role last year, to inquire why Bashir had still been working for the BBC.

He said: “I want to know how the BBC can reassure the committee that there could be no repeat of the serious failings that have been highlighted by the Dyson report.

“Now more than ever the BBC must show transparency and honesty in its response.”

Former Tory leader Sir Iain Duncan Smith said there needs to be some “reworking about how the BBC works.”

He said: “The BBC needs to go subscription and move into a proper management structure where they are accountable to their customers.” Last night former BBC chairman Michael Grade demanded wholesale changes at the top.

The Tory peer, now Lord Grade, led the corporation between 2004 and 2006. He said: “If they covered up this for all these years, what else have they covered up?

“It does put a question mark in your mind which they are going to have to work very hard to overcome in the coming years. It is shocking, the cover-up is shocking. How can the BBC accuse Government ministers, civil servants or leaders of public and private institutions of not being transparent and open with the public and accountable when they as a corporation have behaved this way. That is the damaging part of it.”

Lord Grade said the affair would continue to cause it lasting damage unless there was a change of culture.

He added: “It’s time there was a proper editorial board with real powers, reporting to the main board, but with specialist knowledge.”

Tory backbenchers, already embroiled in a war over the licence fee, are set to use the scandal to force drastic reforms.

Government plans to decriminalise non-payment of the licence fee – shelved for now – could reappear.

Ministers are furious about the BBC axing free TV licences for over-75s after 20 years. Its mid-term charter review starts next year. Former cricketer and licence fee campaigner Lord Botham said: “The BBC’s political friends are desperate to save the licence fee at any cost. But that cost is being paid by millions of elderly pensioners over 75.”

He said: “We will reflect on Lord Dyson’s thorough report and consider whether further governance reforms at the BBC are needed in the midterm charter review.”

The Public Accounts Committee said the BBC was “complacent” in its attitude with 200,000 people a year cancelling their licences and young people switching to streaming services.

The BBC is grappling with how to restructure itself as it tries to shave £400million from its programming budget following reductions in licence fee income.

It has been revealed that Tim Suter, a former BBC executive who was part of the 1996 discredited internal probe into Bashir’s interview, has left the board of the broadcasting regulator Ofcom.

He was previously managing editor of weekly programmes in BBC news and current affairs.

Former BBC chief Lord Hall has faced calls to resign as chair of the National Gallery’s trustees. He was director of BBC news and current affairs in 1995.

Sir Iain Duncan Smith said he and others needed to explain their position fully, saying why they took their decisions, adding: “And why they were OK, as it were, with evidence being withheld.”

Lord Hall has said he was wrong to give Bashir “the benefit of the doubt” and apologised that the investigation in 1996 “fell well short”.

Stuart Simmons, 82, retired, from London, said: “Martin Bashir took a very vulnerable woman at a very difficult time in her life and got the scoop that he wanted to try and make his name.”

Janet Brereton, retired, from London, said: “He [Bashir] should still be accountable now for what he did before. A crime is a crime and if falsified statements, he should be brought to task.”

Natalie Levine, 50, from London, said: “It was very dishonest. Imagine how you would feel thinking these people who had worked for you for years had betrayed you, when they didn’t.”

Neil Snook, 54 from Bilston, West Midlands, a mobile food caterer, said: “I have a low opinion of the BBC.

“It wouldn’t surprise me with what’s coming to light now.

Dress maker Chloe Ayre, 26, from Walsall, said: “I’m not a fan of the BBC. I think they were very nasty to her. This may potentially end up being the last nail in the coffin for them.”

Retired engineer Peter Kaine, 74, of Dewsbury, West Yorks, said: “There are many questions about the BBC and impartiality. They wanted an explosive interview and got it using underhand methods.”

James Greenhalgh, 30, a business owner from Leeds, said: “I do trust the BBC. It’s a mistake and shouldn’t have happened. I don’t think it should be judged for the actions of one person.”

Retired hairdresser Jean Breslin, 81, from Batley, West York, said: “This has damaged their reputation but I just hope it isn’t irreparable because of the actions of Martin Bashir.”

John Moore, 58, a taxi driver, from London, said: “The BBC are not held accountable anymore, are they? The Jimmy Savile stuff, they knew what was happening, they covered that up for years.”

Penny Richmond, 27, a data analyst in London, said: “I feel very sorry for William and Harry.

“If the BBC covered it up that’s an indication they knew they did something wrong.”

“You can understand why people moan when they keep upping the licence fee.”

Embroider Rachel Holloway, 32 from Walsall said: “Diana had a really rough deal. Their [BBC] reputation is going down the drain. They’re grasping at straws a lot of the time, especially now.”