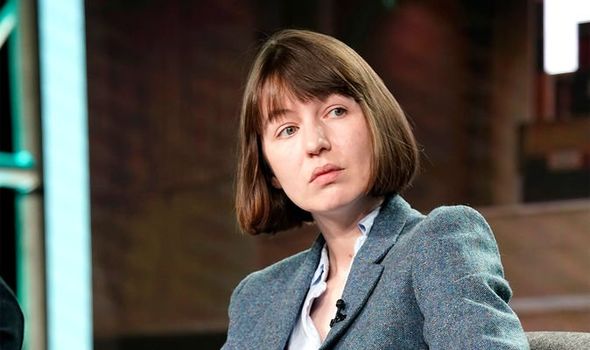 The award-winning writer has released her new book ‘Beautiful World, Where Are You’. Released in September, it centres on the sexual entanglements of a prize-winning writer, Alice, and her university friend Eileen.

Ms Rooney was reportedly approached by Modan, an Israeli publisher, who asked if they could translate the book into Hebrew.

An interview with the author was published by the New York Times in September, which was subsequently translated into Hebrew and published by Haaretz, an Israeli newspaper, with additional details.

The newspaper reported that Tracy Bohan, Ms Rooney’s agent, confirmed the author had declined the translation bid when approached for comment.

The newspaper reported: “When Modan approached Rooney’s agent in an attempt to sign another translation deal, the agent announced that Rooney supports the cultural boycott movement on Israel and therefore does not approve translation into Hebrew.”

The boycott of Modan, which was not mentioned in the original New York Times article, was highlighted in a blog post by Gitit Levy-Paz, Fellow at the Jewish People Policy Institute, on the website Forward.

She said: “Rooney’s decision surprised and saddened me. I am a Jewish and Israeli woman, but I am also a literary scholar who believes in the universal power of art.

“Rooney has chosen a path that is anathema to the artistic essence of literature, which can serve as a portal for understanding different cultures, visiting new worlds and connecting to our own humanity.

“The very essence of literature, its power to bring a sense of coherence and order to the world, is negated by Rooney’s choice to exclude a group of readers because of their national identity.”

The author’s last two book, 2017’s ‘Conversations With Friends’ and ‘Normal People’, were published in Hebrew by Modan.

Ms Rooney has spoke out about her opposition to Israel’s occupation of the West Bank and Gaza, which the Palestinians claim as their own land.

She recently signed an open letter which called for “an end to the support provided by global powers to Israel and its military; especially the United States”, and also urged Governments to “cut trade, economic and cultural relations”.

Modan, founded in 1970, also produces and markets the books of the Ministry of Defense-Publishing.

A spokesman for Modan told The Daily Telegraph it would not be publishing Rooney’s third novel but declined to say whether this was due to a boycott.