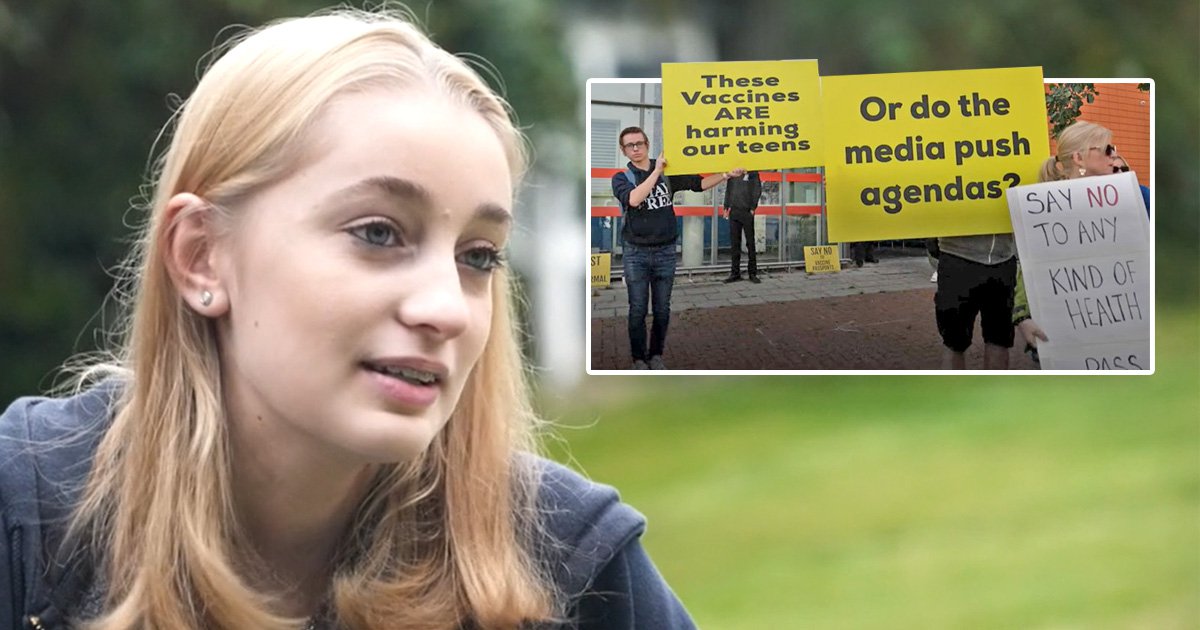 A teenager who was left in a wheelchair after contracting Covid-19 was intimidated by anti-vaxxers for getting her jab.

Grace Baker-Earle said she was mobbed by more than a dozen protesters outside Cardiff’s Bayside mass vaccination centre on Saturday.

Her mum Angela said protesters accused her of using Grace as a ‘lab rat’.

The 15-year-old developed chronic fatigue syndrome (ME) – a long-term illness that is commonly associated with extreme tiredness – after a battle with Covid-19 and now uses a wheelchair.

Angela said the confrontation was ‘just horrible’ and ‘incredibly intimidating’, and happened while getting her daughter’s wheelchair into her car.

The 44-year-old, who lives in Cowbridge, in the Vale Glamorgan, Wales, said: ‘I said my daughter is using a wheelchair because of Covid.

‘A protester said: “She’ll have immunity, you shouldn’t be getting the vaccine since you have natural immunity. You shouldn’t be using her as a lab rat.”

‘It was incredibly unpleasant.’

The mum added that the protesters surrounded her car and she had to tell one man to ‘step back’.

She said a vaccination centre steward then came out and ushered the anti-vaxxers away.

Grace – who fell ill with pneumonia in November before contracting the virus earlier this year and then developing ME – was left feeling ‘intimidated’ and ‘sad’ by the mob.

The teen confirmed she had been looking forward to getting jabbed before the confrontation and was left ‘sad’ because she has to face the realities of Covid-19 every day.

In an interview with the BBC, Angela shared details about her daughter’s experience with the virus: ‘Grace was very unwell for a couple of weeks, she lost half a stone and was really poorly – she weighed 6.5 stone (41kg) to begin with.

‘A cardiologist has said although Grace had a virus earlier in March, having Covid pushed it over into having ME.’

ME is a chronic neurological condition which means day-to-day tasks can be ‘exhausting’ for Grace, she added.

‘When you are talking about harassment, it is not what the person who is making the protests thinks about it, it’s the impact that has on the individual.

‘Very clearly in this case, that young woman felt intimidated.’