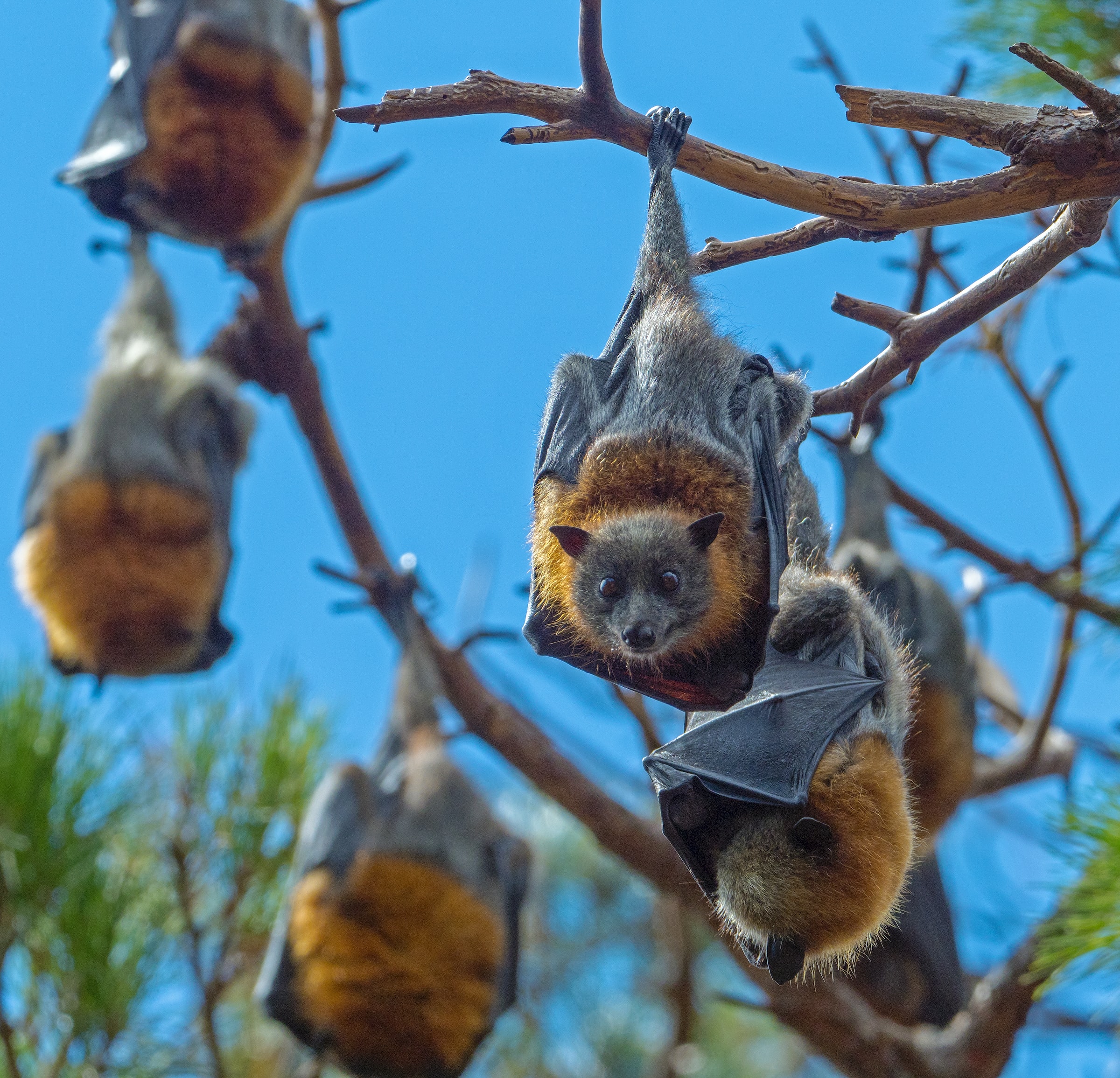 Bats are the ‘death metal singers’ of the animal kindom – with a vocal range wider than ‘queen of pop’ Mariah Carey, according to new research.

They really are out of hell – growling like rock bands on speed, say scientists.

The flying mammals are ‘head bangers’ when communicating with each other and can produce a range of frequencies far exceeding vertebrates – including humans.

The normal vocal range for a bat spans 7 octaves – over twice the average human.

Lead author Professor Coen Elemans, of the University of Southern Denmark, said: ‘That is remarkable. Most mammals have a range of 3-4, and humans about 3. Some human singers can reach a range of 4-5, but they are only very few.

‘Well-known examples are Mariah Carey, Axl Rose and Prince. It turns out bats surpass this range by using different structures in their larynx.’

For some noises they use the same technique as death metal singers. They also mimic throat singing members of the Tuva people in Siberia and Mongolia.

Lead author Professor Coen Elemans, of the University of Southern Denmark, said: ‘We identified for the first time what physical structures within the larynx oscillate to make their different vocalisations.

Vocals folds are a pair of flaps in our larynx. False ones look the same but are not used in normal speech and song. Only death metal growlers and throat singers from a few cultures around the world use them like bats. Humans move them down so they oscillate together.

Throat singing is an ancient tradition practised by the people of Tuva, a small republic in southern Siberia. Developed by the nomadic herdsmen of central Asia, the tradition requires singers to produce two or more pitches simultaneously, creating an unusual effect.

Bats growl when they fly in or out from a densely packed roost – using their false vocal folds to produce low sounds in the range of 1 to 5 kHz.

Co author Dr Lasse Jakobsen said: ‘Some seem aggressive, some may be an expression of annoyance, and some may have a very different function. We don’t know yet.’

When bats hunt in complete darkness, they use echolocation – sending out very short, high frequency calls. They listen for echoes reflected from objects in the surroundings to find and capture insects.

Dr Jakobsen, a bat expert, said: ‘A bat can determine the shape, size and texture of echoing objects within milliseconds.’

The study also found how bats make extraordinarily high frequency calls by vibrating very thin vocal membranes – structures humans once had but were lost in evolution.

Dr Hakansson said: ‘We have directly filmed these vocal membranes for the first time. To show their vibrations we needed to film at extremely high rates, up to 250,000 frames per second.

‘We see many adaptations in the larynx, that we think are responsible for the bat’s ability to make very high frequency calls very fast, so they can catch insects while flying.’

Mariah Carey is renowned for her incredible soprano voice that has amazing versatility. It allows her to perform leaps and trills almost effortlessly. She manages to go beyond what most peers can sing – and also has a remarkably low range they would struggle with as well.

Earlier this month she failed in a bid to trademark her unofficial title ‘Queen of Christmas.’