EU and UK negotiators will make further efforts next week as they look to strike a free trade deal. However, both sides have once again warned that very serious divergences remain in the talks. Mr Barnier, the EU’s chief Brexit negotiator, briefed national ambassadors and MEPs on Wednesday, claiming that the 12 days of intensified talks had left the two negotiating teams far apart on issues such as the level playing field and fishing rights.

He wrote on Twitter: “Despite EU efforts to find solutions, very serious divergences remain on the three main outstanding issues. These are essential conditions for any economic partnership.”

He then tweeted: “Progress made, but I agree with Michel Barnier that wide divergences remain on some core issues. We continue to work to find solutions that fully respect UK sovereignty.”

With time running out to secure a deal before the Brexit transition period comes to an end on December 31, talks are now paused while both sides reflect on next steps. Formal talks are expected to resume in London on Sunday or Monday. 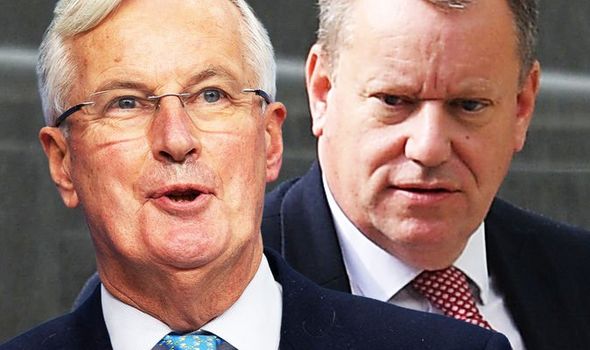 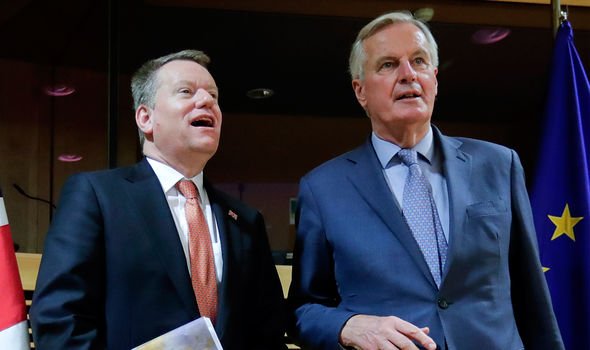 The Government insists it is still preparing for the possibility that talks will collapse without reaching agreement on a deal before the end of the transition period next month.

However, in an exclusive interview with Express.co.uk, Ukip’s founder Alan Sked suggested Mr Johnson’s threat to leave without an agreement might soon become meaningless because of the outcome of the US election.

Professor Sked said: “It is no secret that Boris decides things at the last minute.

“He did it with Brexit and will likely do it this time.

JUST IN: Donald Trump’s plan to assert control regardless of result exposed 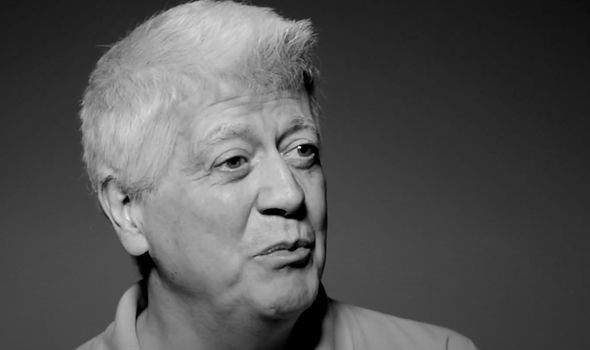 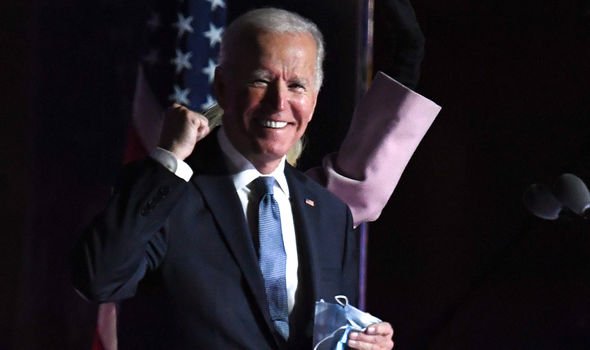 “If Donald Trump wins the election, there is obviously more chance that Boris will go for a no deal Brexit.

“He will get tougher all of a sudden, particularly on fishing.”

The prominent eurosceptic added: “If Joe Biden wins, I suspect he will go for a deal so that he won’t upset the Americans over Ireland.”

He claimed that the former Vice President, and the Democrats, were “suspicious” of Brexit, as they see it as the “British version of Trump”.

Mr Goodall explained: “On top of this, Biden has strong ties with Ireland and the Irish American caucus. He has made clear he expects there to be no consequences to the peace process in Ireland and is essentially committed to the softest Brexit possible. 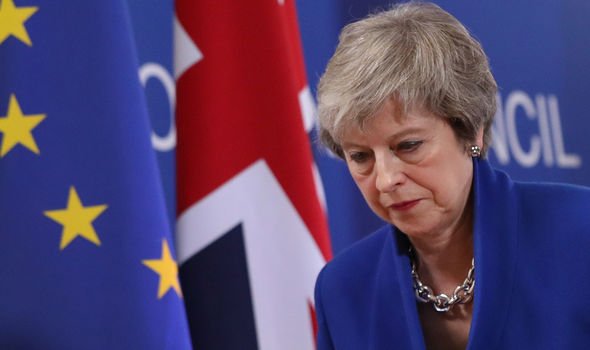 “At this stage, an FTA is that. No 10 know this and will be cognisant of the fact that no longer in the EU, some (emphasise some) of the UK’s usefulness as its conduit to the block is no longer there.”

He added: “All of this (atop of the big problems at home with lockdown) will make a deal even more likely with Biden in the White House (or about to be).

“I still think that’s likely with a Trump win but clearly, Trump is basically opposed to the EU, in favour of Brexit and wouldn’t care if there’s an FTA either way.”

Mr Biden is now within touching distance of victory over Mr Trump in the US election, having flipped the key states of Michigan and Wisconsin and retained a lead in Arizona – for the time being.

Mr Biden said he believed he was “on path” to take the Oval Office, though both campaigns are gearing up for legal action in a tight race.

According to newspaper columnist Rod Liddle, the reason why former Prime Minister Theresa May failed to deliver Brexit was because her strongest weapon – the threat of a no deal divorce – was effectively taken away from her.

In his 2019 book ‘The Great Betrayal’, Mr Liddle said: “Theresa May’s most crucial bargaining chip – we will leave with no deal – was rendered impotent by the actions of members of her own Cabinet and especially the Chancellor of the Exchequer.

“The correct approach to negotiations would’ve been to explain to Barnier et al at the outset: ‘We are leaving the EU.

“’We are perfectly happy to do so with no deal other than a World Trade Organisation (WTO) deal, and pay you nothing whatsoever.’

However, Mr Liddle noted that Mrs May could scarcely use the threat of no deal – which would be gravely injurious to countries within the EU – because the threat was palpably false.

He explained: “At various stages, over the course of 18 months, when May and her team left for negotiations, Philip Hammond, the Chancellor, would state either that there was no possibility of a no deal Brexit, or that a no deal Brexit would mean planes won’t be able to take off or that the economy would be ruined.

“Fellow front-bench Remainers echoed these remarks and added a few of their own.

“Seen from the EU perspective, this made it clear that ‘no deal’ was a paper tiger.

“In short, May’s strongest weapon was effectively taken away from her.”

If Mr Biden becomes US President, the EU’s negotiating hand will arguably be strengthened and Mr Johnson could suffer the same fate of his predecessor.