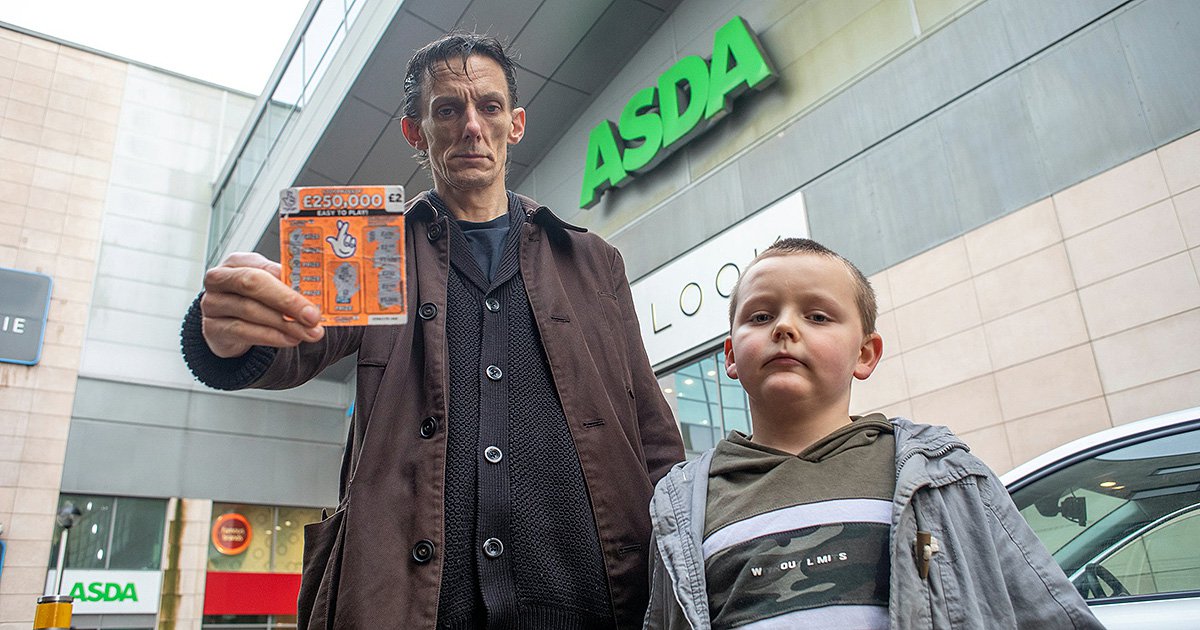 An Asda store has been temporarily banned from selling lottery tickets after a seven-year-old boy was able to buy a scratchcard – despite the minimum legal limit being 18.

Ronnie Retallick wandered up to the till and bought the ticket with his pocket money in Folkestone, Kent on August 20.

His fuming dad James Fletcher-Retallick, 47, complained to staff, saying he ‘never wants it to happen to another child’.

Lottery operators Camelot stepped in to take action and the Asda store has been handed a three-month lottery suspension, it’s understood. One month has already been served.

Young Ronnie, who was 11 years below the limit, had ‘no idea that he shouldn’t have bought it’, James said.

‘I don’t really agree with gambling. I’m not into smoking and I don’t drink alcohol’, the father added.

‘Sure, this doesn’t immediately feel as dangerous as say selling a child fireworks. But in the long term, it could be just as bad for him.’

James is pleased Camelot took fast action on the incident and hopes staff will be trained better in future.

But he claims he has ‘still had no direct apology’ from the store and ‘staff have a very funny attitude when we go in now’.

He said: ’I’m happy it’s been taken seriously now and measures have been put in place to stop it happening again. I don’t want this to happen to another child.

‘I’m impressed with the involvement from Camelot. They acted very quickly and it means the issue is being addressed and hopefully staff will be given better training.

‘I just wish the managers had taken more responsibility from the start. It could all have been dealt with very quickly.

‘I think the three months without trading is quite a stiff penalty and reasonable.

‘I’m still sad because it’s our local store and I’ve still had no direct apology. And staff have a very funny attitude when we go in now.’

An Asda spokesperson said: ‘We are committed to selling National Lottery products responsibly and have taken the relevant steps in co-operation with National Lottery operator Camelot to ensure that this doesn’t happen again.

‘Customers at our Folkestone store will temporarily be unable to use National Lottery services and we apologise for any inconvenience this may cause.’

A Camelot spokesperson refused to go into detail on the case, but confirmed the temporary suspension.

‘While it wouldn’t be appropriate to go into any further detail, I can tell you that we take matters of propriety very seriously and are committed to running The National Lottery with the utmost integrity’, they said.

They noted that such allegations are ‘very rare’, adding: ‘We work with around 44,500 outlets throughout the UK, with millions of transactions taking place every day.’