Russian opposition leader Alexei Navalny has alleged that Vladimir Putin was behind the poisoning attack that left him fighting for his life.

Mr Navalny, a politician and corruption investigator who is Mr Putin‘s fiercest critic, was flown to Germany two days after falling ill on 20 August on a domestic flight in Russia.

In what his aides call an “assassination attempt”, Mr Navalny spent 32 days in the hospital and 24 of them in intensive care.

Last week, doctors deemed his condition had improved sufficiently for him to be discharged.

In his first interview since the attack, he pointed the finger directly at the Russian president.

“Putin is behind the crime and I don’t have any other versions of what happened,” he told Germany’s Der Spiegel magazine.

Germany says it has “unequivocal proof” – backed by French and Swedish scientists – that the 44-year-old was poisoned by novichok, a military-grade nerve agent.

Mr Navalny described the moment that the nerve agent began to take effect, saying that “you don’t feel any pain, but you know you’re dying”. 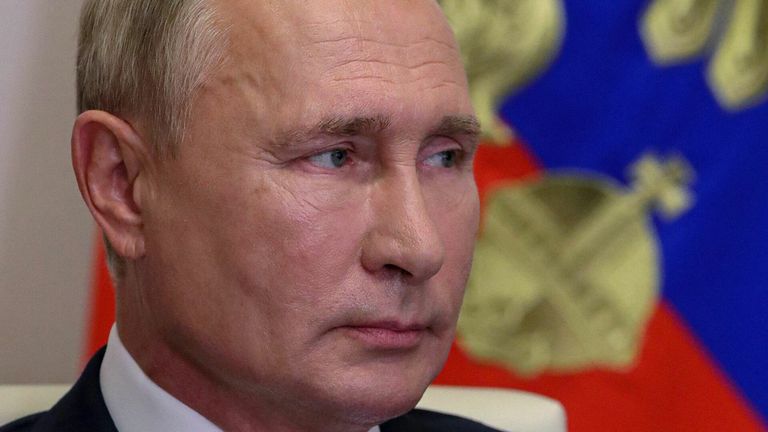 Confirming reports that he plans to return to Russia after the recovery, Mr Navalny said: “My job now is to remain the guy who is not afraid – and I’m not afraid.”

The West has demanded an explanation from the Kremlin, which has denied any involvement in the incident and said it has yet to see evidence of a poison plot.

Mr Navalny said on Monday that German chancellor Angela Merkel had visited him at the Berlin hospital.

“I am very grateful to Mrs Merkel for visiting me at the hospital,” he wrote on Twitter following reports of the meeting in German media.

EU leaders are scheduled to discuss the poisoning and other foreign affairs issues in Brussels on Thursday and Friday.