What a way to croak! Massive huntsman spider eats FROG in stomach-churning footage

This is the gruesome moment that a huge huntsman spider was spotted devouring an entire frog, in a scene that arachnid experts have agreed is unusual.

Sujay Shah, 25, went into his bathroom at his home in Jalpaiguri, in the Indian state of West Bengal, when he noticed the spider hidden away with the frog trapped in its mouth.

Horrifying footage shows the spider’s eyes glowing in the dark as its body twitches while it tries to demolish the green frog.

The end of the frog has disappeared inside the arachnid’s mouth, but the rest of its motionless body is still visible, the gruesome video shows. 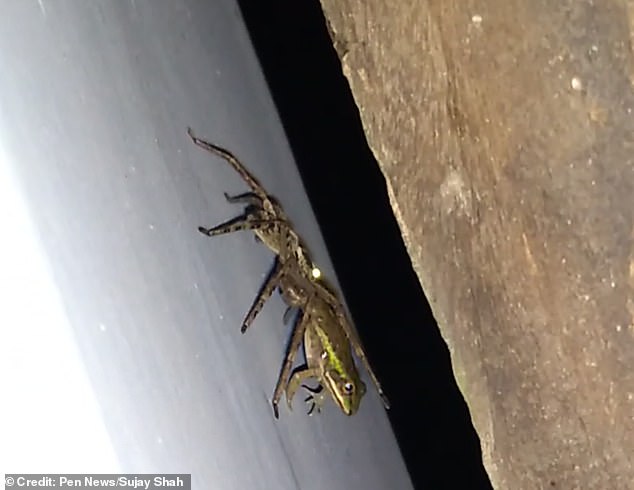 Sujay Shah, 25, filmed the gruesome moment that a huntsman spider devoured a frog whole at his home in Jalpaiguri, in the Indian state of West Bengal 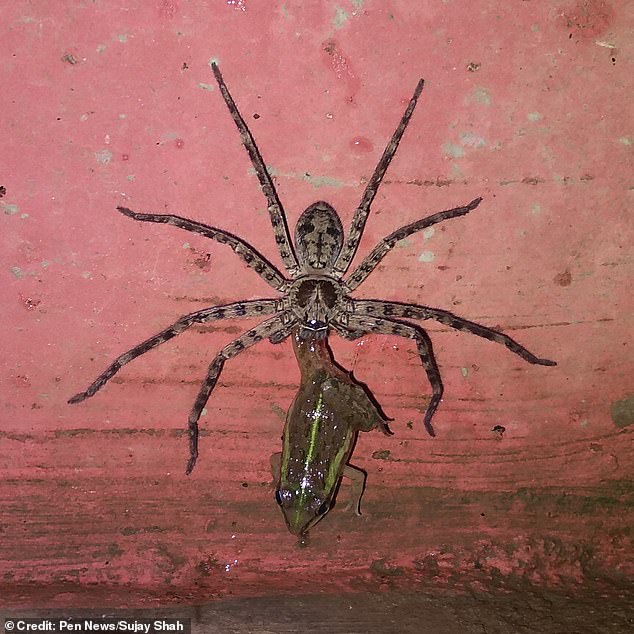 Mr Shah was unsure what species the arachnid was, but experts identified it as a huntsman spider, which they also believe belongs to the same genus as the world’s largest spider

The spider stays safely tucked away in a dark corner on Mr Shah’s wall while it chomps down the frog, the gruesome video shows.

Mr Shah was unsure what species the arachnid he found was, but scientists have since identified the beast as a huntsman spider.

Jason Dunlop and Peter Jäger, arachnid experts from the Berlin Natural History Museum and the Senckenberg Research Institute, believe it is from the Heteropoda genus – which also includes the largest spider in the world.

The experts also insisted that the gruesome scene does not normally happen, with most spiders sticking to a diet of insects.

Dr Dunlop said: ‘In general, large spiders can and will eat small vertebrates like frogs, birds, mice, lizards and even snakes if they get the chance.

‘Only the largest spiders do this with any regularity – and huntsman spiders can get quite big.

‘But this doesn’t happen often – most spiders eat insects most of the time and none of them are specialist frog eaters.’

‘They catch what they can get,’ added Dr Jäger. 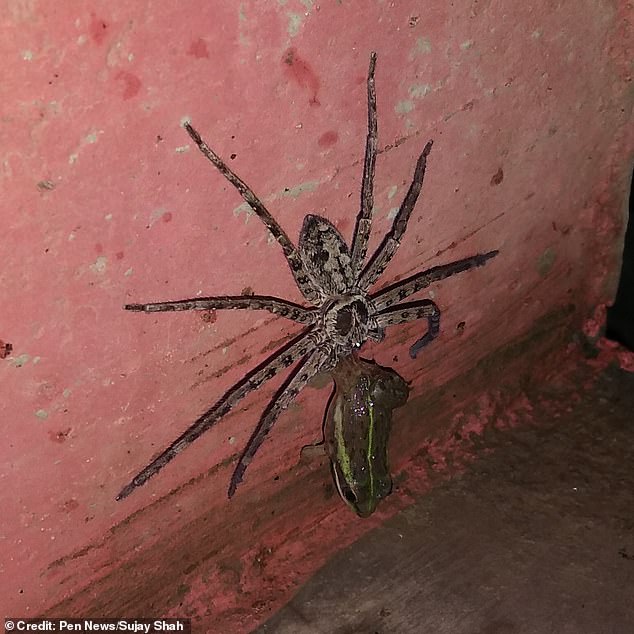 Spiders are normally known to stick to a diet of insects, with scientists insisting that an arachnid eating a frog is an incredibly rare sighting 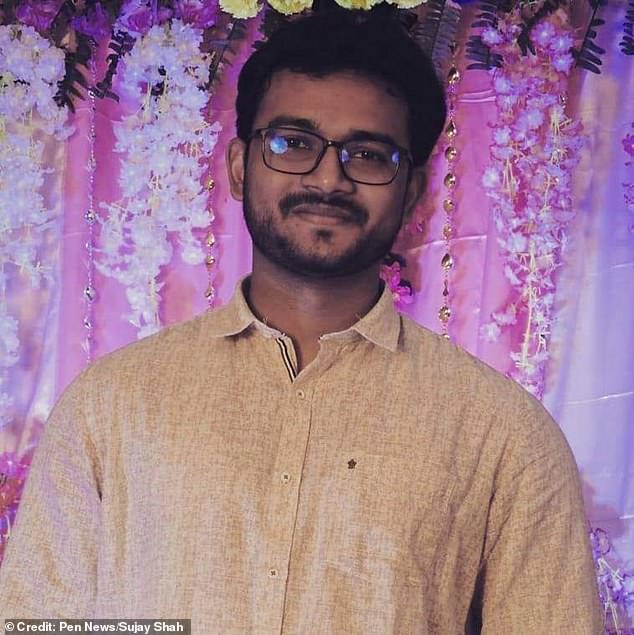 Science student Mr Shah (above), who recorded the video, did not have the horrified reaction that many arachnophobes would have, instead saying he was ‘excited’ by the unusual scene

The Heteropoda genus includes the giant huntsman spider, which is found in Laos and is thought to be the largest spider in the world, with a leg span that can reach up to one foot.

The huntsman spider family are normally spread across tropical Asia and Australia, but at least one species has a cosmopolitan distribution, much to the fear of arachnophobes.

But Mr Shah, who captured the footage, did not have the horrified reaction that many would be faced with when stumbling across the ginormous arachnid.

He said: ‘Be it biology or physics, I’m a science student who always seeks answers and is fascinated by the universe and its laws.

‘So I was very happy and excited because I knew I was witnessing a relatively rare event of nature.’

After watching the spider snack on the frog for a minute, Mr Shah said he left for an hour so that nature could take its course, as he did not want to ‘interrupt it’.

He added that however scary people find spiders, he thinks it is better to leave them in peace.

‘I’ve seen people tend to kill spiders and other insects because they’re ‘scary’ or maybe some people are scared of venomous insects,’ he said.

‘I think we should stop this practice of harming what we don’t like or harming something without knowing much about it.’