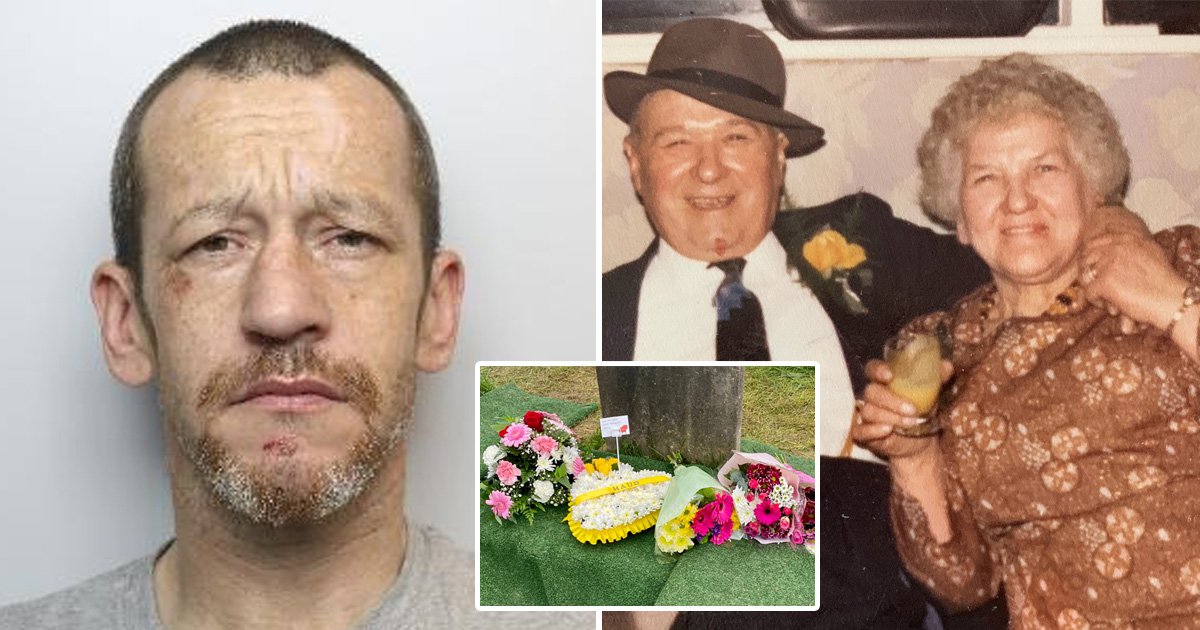 The family of a deceased couple whose graves were dug up by a drug addict have criticised the length of his jail sentence.

Wayne Joselyn, 43, was jailed for 15 months after he broke into the coffin of Maud Goodwin, who was laid to rest beside her husband Kell nearly 40 years ago.

Mrs Goodwin’s remains had to be exhumed as police launched an investigation at Carlton Cemetery in Barnsley, leaving her family ‘distraught’.

The couple were together for 60 years before Mr Goodwin died aged 80 in 1982. Mrs Goodwin passed away two years later aged 78.

The shocking scene was discovered on May 2 last year by a passer-by who noticed the disturbance while tending to a nearby grave.

Joselyn, who is already serving a 55-month sentence for burglary, was identified as the culprit and sentenced again after he pleaded guilty to interfering with a grave and outraging public decency.

The Goodwin family maintained a dignified silence throughout the trial, but have now released a statement damning the 15-month sentence.

‘It broke our hearts. We’re still stuck for words now,’ they said.

‘As a family we don’t feel the sentence reflects the significance of the intrusion on Maud and Kell, the impact on us, nor the work put in by South Yorkshire Police, who have not just worked tirelessly on this case but also shown so much compassion.’

Joselyn has never revealed his motive for the gravedigging, but a court heard he may have been responding to a ‘bizarre rumour’ that jewellery or firearms were buried in the cemetery.

Addressing Joselyn directly in their statement, the family added: ‘Why did you do it? Do you realise what you have done to us as a family? Knowing the answer to this may help finally bring us some closure.’

The family also paid tribute to Mr and Mrs Goodwin, calling them a ‘really loving’ couple who were the ‘rock of our family.’

‘The memories we have of them are that they were really loving, they were just so sweet,’ they said.

‘They were so lovely to us and always there for us.

‘They were the rock of our family and raised some of us – and for those members of the family they made it a gorgeous world to grow up in. We really loved them.’

Speaking after sentencing, Detective constable Toni Wain said: ‘As a family liaison officer it is my job to be a link between the family and the investigation team and gather information.

‘I have seen first-hand how this disturbing crime has affected the family both emotionally and psychologically.

‘They have handled it with such dignity, strength and patience while the investigation was ongoing.

‘I am pleased we were able to get justice for the family but that does not mean their sorrow ends now.

‘This is a time where the family can finally process what has happened and grieve once again.

‘I am privileged to have supported the family through this life-changing process and I thank them for the trust they have shown; to me and the whole team.’