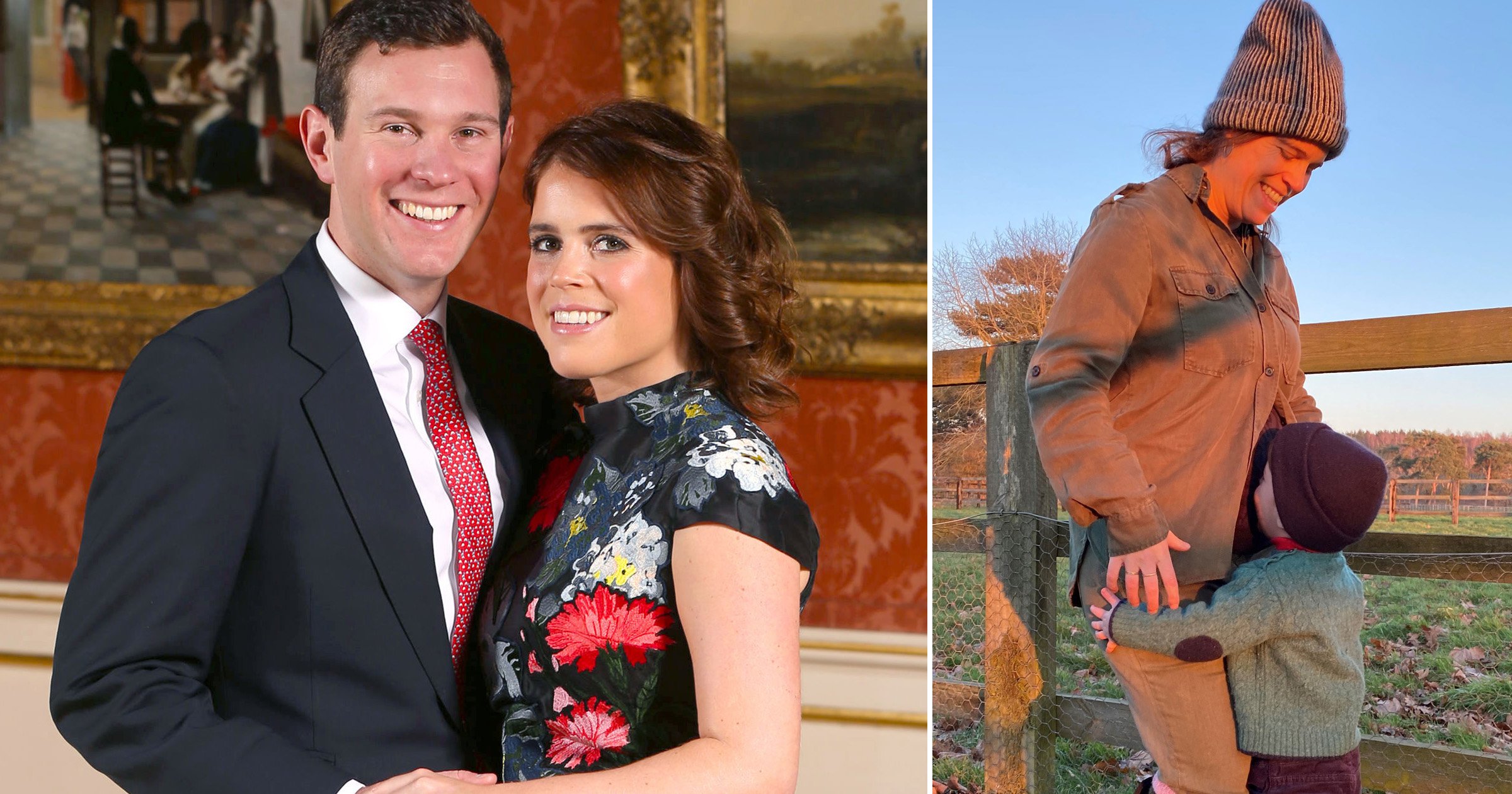 An adorable picture of her son August kissing her baby bump was posted alongside the announcement.

‘We’re so excited to share that there will be a new addition to our family this summer’, the princess wrote.

August, who turns two in a few weeks, is keen to have a younger sibling, Buckingham Palace said today.

A statement from the palace reads: ‘Princess Eugenie and Mr Jack Brooksbank are pleased to announce they are expecting their second child this summer.

‘The family are delighted and August is very much looking forward to being a big brother.’

It’s unknown whether Eugenie is having a boy or a girl.

In the photograph on social media – taken by Jack – she is dressed in a woolly hat and warm clothes and smiles as she embraces her son next to a field.

Eugenie and Jack tied the knot back in 2018 at St George’s Chapel at Windsor Castle.

They welcomed August on 9 February, 2021, saying their ‘hearts are full of love for this little human’.

The pregnancy news comes after the princess revealed how being a mother has changed her – including fuelling her passion to tackle climate change.

Speaking with Reuters editor-at-large Axel Threlfall and Arctic Humanity founder Gail Whiteman, Eugenie said: ‘My son’s going to be an activist from two years old, which is in a couple of days. So, he, everything is for them.

‘I talked to Peter Thomson, the UN Special Envoy for Oceans and all he says to me is that I do this for my grandchildren. And that’s the same.

‘Every decision we now make has to be for whether August, what he’s going to be able to look at and do and how he’s going to live his life.

‘But I think also as a mother, you all of a sudden, totally you change, your hormones change, everything changes.