Hardy, 41, is best-known for films such as Inception, Mad Max: Fury Road, Bronson and The Revenant but he has also appeared on CBeebies, reading a bedtime story for the programme’s pre-school audience.

His latest film Venom came out in cinemas during the autumn.

While he declined to speak to reporters outside the investiture, he was seen laughing with Prince Charles and sharing a friendly handshake with him during the ceremony.

Hardy is also a good friend of Charles’ son Prince Harry and was a guest at his wedding to Meghan Markle in May.

He also became an ambassador for The Prince’s Trust in 2010. 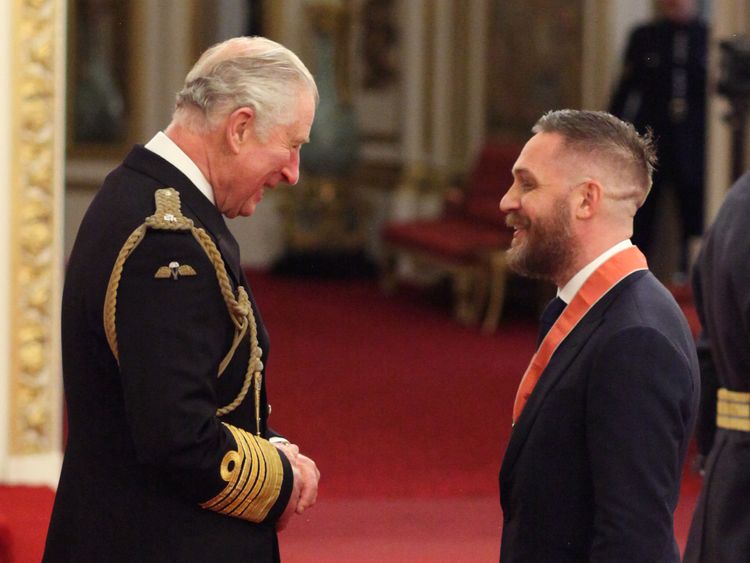 Meanwhile, Liverpool legend Kenny Dalglish was knighted for his football career and support of families after the Hillsborough tragedy in 1989.

Sir Kenny said afterwards that he was “humbled” to receive the honour, adding: “When you start off in your life, what do you want? You just want to play football.

“And when you play football, what do you want to do? You want to try and be successful, be a professional footballer, try and win something.” 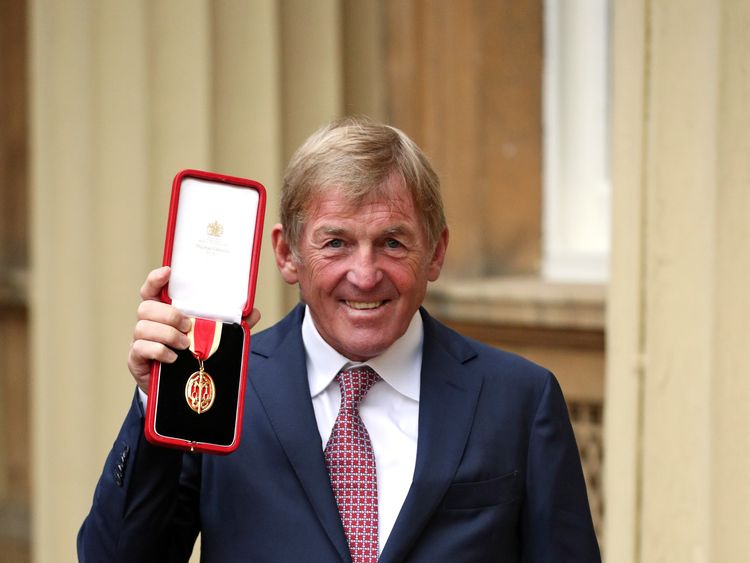 Sir Kenny made more than 300 appearances for Scottish side Celtic and Liverpool, also earning more than 100 caps for the Scottish national team.

As a manager, Sir Kenny had stints at Liverpool, Blackburn Rovers, Newcastle United and Celtic.

After 96 football fans died at Hillsborough, Sir Kenny supported grieving families, saying it was his duty to “turn supporter”.

Sir Kenny and his wife have also raised more than £10m for charity. 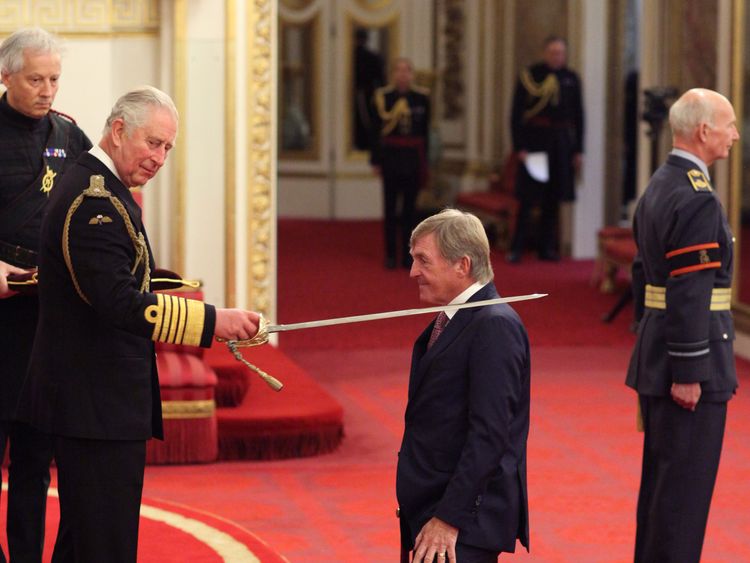 Among the other honours were Bournemouth striker Jermain Defoe who was awarded an OBE for services to his foundation, which was launched in 2010 after a hurricane in St Lucia.

Television historian Lucy Worsley was awarded an OBE and entrepreneur Jo Malone received a CBE for services to the British economy and the GREAT Britain campaign.