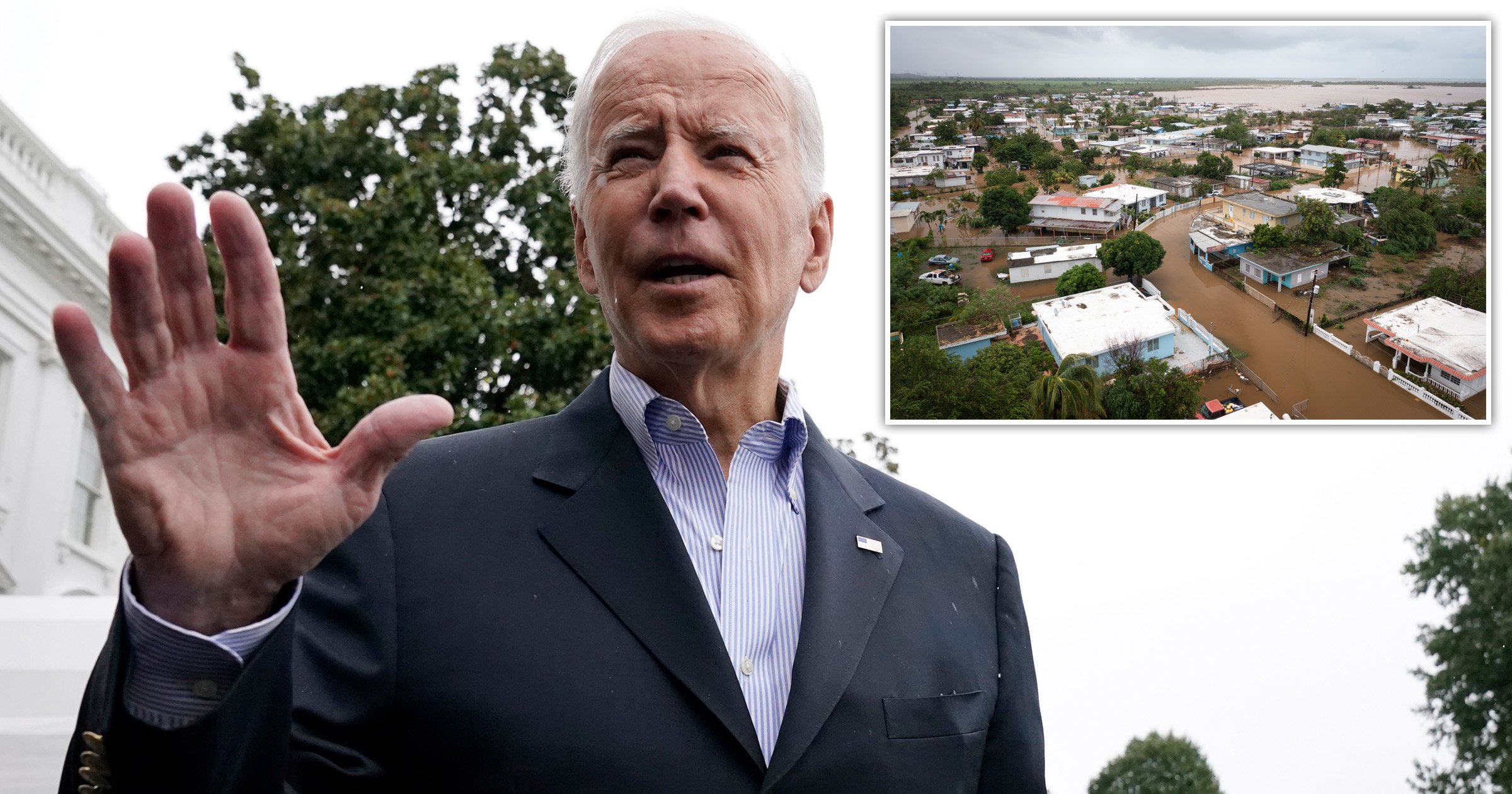 President Joe Biden will travel to Puerto Rico on Monday, where he will survey damage from Hurricane Fiona and announce $60million in financial aid for the island.

The devastating category 1 hurricane left most of the island without power when it hit two weeks ago. Although power has been restored for most customers, about 137,000 Puerto Ricans are still going without electricity.

Another 66,000 customers are still without running water.

After landing in the southern city of Ponce, the President is set to announce $60million in federal aid for the hurricane-ravaged island territory.

‘Jill and I will travel this week to Puerto Rico and Florida to meet with families and local officials who have been affected by Hurricane Fiona and Hurricane Ian,’ he tweeted on Sunday. ‘We see what you’re going through, and we’re with you.’

Biden is scheduled to travel to Florida on Wednesday, where dozens have died after Hurricane Ian crashed into the state last week.

Puerto Rican Governor Pedro Pierluisi announced that he would welcome the President and First Lady Jill Biden when they land on Monday.

‘Alongside the emergency response team, I will provide an update, raise priorities in infrastructure, and ensure the accelerated continuity of the reconstruction,’ Pierluisi said on Twitter.

Last week, the Department of Homeland Security waived a rule established by the Jones Act in 1917 to allow a British Petroleum ship to transport 300,000 barrels of fuel to the island to alleviate a shortage exacerbated by Fiona.

The Jones Act requires all imports to Puerto Rico to be transported on American ships, built on American soil, and crewed by American sailors.

Many are critics are asking the Biden administration to fully suspend the Jones Act, which drives up prices of food and consumer goods.

Biden previously approved an emergency declaration for the island on September 18 and mobilized the Federal Emergency Management Association (FEMA) to coordinate disaster relief.