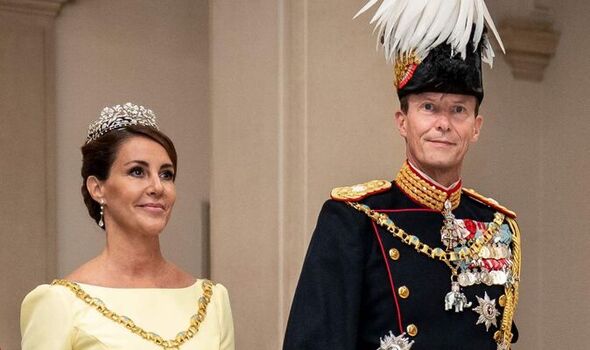 Prince Joachim and his wife, Princess Marie of Denmark appeared emotional and fought back their tears as they spoke about their relationship with other members of the royal family of Denmark. It comes after Queen Margrethe II of Denmark decided to axe the titles “Prince” and “Princess” for the couple’s children last week.

According to the change, which was announced in a statement from the palace on Thursday, the children of the monarch’s second son, Prince Joachim, will receive new styling as of next year.

The sovereign’s grandchildren in this line will instead inherit the title of His or Her Excellency, Count or Countess of Monpezat.

In a recent interview with Danish publication B.T., the couple appeared sad as they spoke of their relationship with the Queen and the monarch’s eldest son as “complicated”.

Prince Joachim, Princess Marie and Countess Alexandra reacted strongly, saying they were “in shock” and that the children felt “outcast” by the royal family, according to B.T.. 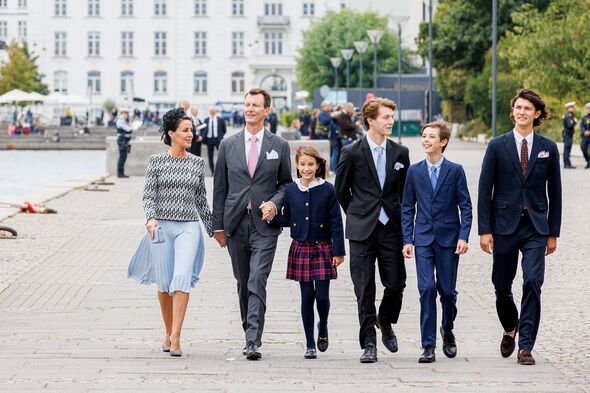 Prince Joachim also told B.T. that his children felt “punished” and that he had only been given five days to tell them about the controversial decision.

However, according to the Denish publication, the royal house’s head of communications, claimed that Prince Joachim had known about the decision since May.

In an awkward conversation with journalists, the couple can be heard reluctant to expose their family difficulties.

Asked why they think the decision was taken, Princess Marie said: “That’s a good question. I don’t think it’s modern to have some injured children.”

Prince Joachim added: “The reality must still be: whether you modernize or slim down, it must be done in a proper way. It’s about children. Orderliness and children. It is a very heavy matter.”

During the interview, a French woman approaches and tells the couple that their children will always be princes and princesses to her.

The situation leaves the couple speechless and they both shed tears, with the Prince turning around to take a breath.

However, the couple stressed that they are not thinking of leaving the Danish royal house.

Instead, they told B.T. they will continue their work in their own way – even if the family is divided like never before.

Princess Marie noted: “We have never had any doubts about it. I hope no one doubts that.”

Last week’s statement from the palace detailed: “With her decision, Her Majesty The Queen wishes to create the framework for the four grandchildren to be able to shape their own lives to a much greater extent without being limited by the special considerations and duties that a formal affiliation with the Royal House of Denmark as an institution involves.”

It was stated that the decision comes as a “natural extension” of a previous announcement that only Prince Christian will receive an annuity from the state of Denmark as an adult.