Home » Americas » A Witness to the Tulsa Massacre, and a Family History Forever Altered

A Witness to the Tulsa Massacre, and a Family History Forever Altered

[Race/Related is available as a newsletter. Sign up here to get it delivered to your inbox.]

Anneliese M. Bruner was in her mid-30s when her father presented her with a small red book. It was bound in cloth and worn at the corners. “This is a book your grandmother wrote,” he told her, “and I want you to see what you can do with it. You are the matriarch of the family now, and I’m giving this to you.”

Opening it, she saw a panoramic photograph that revealed the utter destruction of the Greenwood District in Tulsa, Okla., in the immediate aftermath of a white mob descending on the neighborhood and killing hundreds of Black residents.

It was the first time Ms. Bruner had ever heard about the book, the Tulsa race massacre or even her great-grandmother, Mary E. Jones Parrish. The story would go like this: On the evening of May 31, 1921, Ms. Parrish’s daughter, Florence Mary, Ms. Bruner’s grandmother, called her to the window and said, “Mother, I see men with guns.”

And so began a story of survival.

“The Nation Must Awake: My Witness to the Tulsa Race Massacre of 1921,” is a first-person account by Ms. Parrish, compiled immediately after the massacre, and includes her memories and the recollections of others.

How did you feel when you were given this book and told about your great-grandmother?

It was a heavy moment. How does this come about? What does this mean? And then when you add on the information that basically I had a foremother I never knew, and on top of that a horrible event she had written about, and I never had any information or knowledge about it before, although my father was raised in Tulsa, Okla.

Once you processed it, what was your next move?

I sat down and I read through the book in one sitting because it’s such a compelling read. Such a captivating story. The sense of urgency is even more so because of the fact that it’s a true story. Nothing I ever heard my father and my grandmother, the small girl in the narrative, talk about. It was as though the event was erased. There was no indication that this event had ever happened within my very own family. And I am the descendant of two survivors, my great-grandmother and my grandmother. My grandmother was 7 years old at the time, the same age as Viola Ford Fletcher, who recently testified before Congress about her experience. 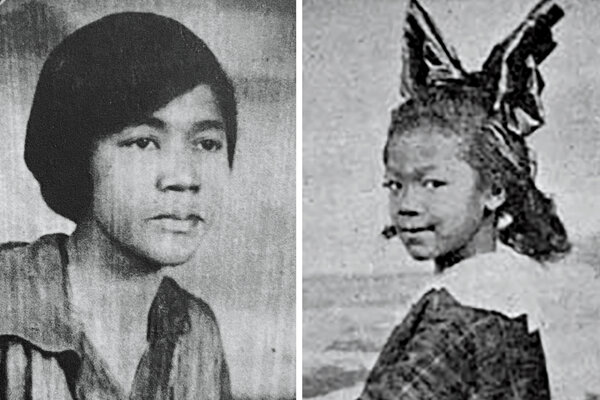 What are some moments from the book that stood out to you?

It’s the moment when she’s there as a mother, responsible for the life of her child, and trying to figure out what to do. Of course, there are issues at the institutional level that are very important. But this is the personal human level. She begins to pray because she’s seeking some inner guidance about what she should do. Her thought must only have been for herself, but particularly for the safety of her child, and she sought out the guidance of the Lord in that moment and she prayed about what she should do.

How do you think she was able to capture what she did in the book?

She was clearly an intrepid person. She obviously was a person of great agency, a person who was courageous. And a person who had a great sense of herself. We see that in the book when it was time to get identity cards and most people had to have a white person or an employer or someone come and vouch for them in order to get one, a pass like race cards in South Africa, for example, to be able to be out on the street. She said, “What was I supposed to do? Who was I supposed to call? I’ve always earned an independent living and I’ve never worked for a white person in my life.” So what does a person who’s intrepid, entrepreneurial, independent do? What does a Black person, a Black woman like that do in such a circumstance? She eventually figured it out, of course.

This was a woman who had never really asked anyone for anything. These are the human feelings that are going through the minds and hearts of people of that community, who in an instant, lost everything, and for many, even their hope.

Let’s talk about something your grandmother wrote in the beginning of the book. She questions democracy, and asks, “Is democracy a mockery?”

Absolutely, it was a voice to the future. She spoke prophetically and she thought that these questions had to be answered honestly, authentically, and from a deep place of reflection. My great-grandfather was a World War I veteran, and he had returned from the European Theater and was living in Tulsa or in the Tulsa area at the time of the massacre.

So within my own family, I have that aspect of reflection to think about my own forefathers who fought abroad for the freedom of Europe and came home not able to exercise their full civil rights or full civic participation. To exercise even their right to life, right to liberty and the pursuit of happiness here at home. And so these taglines, if you will, begin to ring hollow. This is the land of the free and the home of the brave? Or is it a place where mob rule can take the lives and livelihoods of so many without any justice. No punishment for the perpetrators. No justice for the victim. No cost for the crime.

Who do you hope the book reaches?

Everyone. And I would hope that people are touched by the human part of this story. Mary Jones Parrish said she hoped the book would reach the thinking people of America. I would like this book to reach them as well.

And certainly young learners, too, who are at a critical point when they are about to be denied by certain legislators, the opportunity to know objective truths. And these are things within a democracy that are not optional. Truth is not optional. And the learning of the truth must also always be at the forefront.