Police fear a serial killer that targets elderly couples could still be on the loose after two suspected murder-suicides from the 1990s were re-examined.

In both cases police believed that the wives had been murdered by their husbands, but after they were re-examined using modern techniques officers now think they were actually double murders, according to a special investigation by the Sunday Times.

In a 179-page report written by Stephanie Davies, the senior coroner’s officer for Cheshire, it is suggested that the two suspected double murders were in fact the work of a serial killer, known to police, having been active since the mid-1990s. 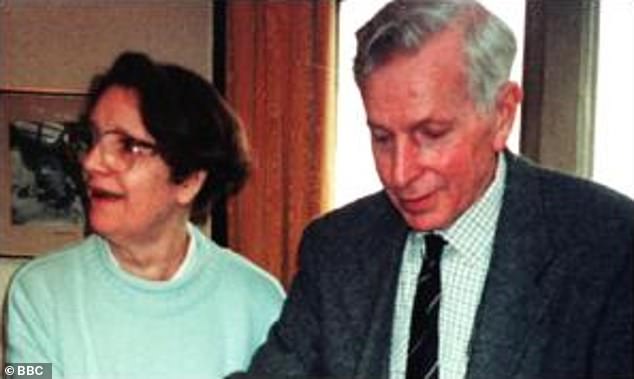 Donald Ward, 72, and his wife Auriel, 67, were one of the couples found dead by police in the 1990s in Wilmslow, Cheshire. Police ruled their deaths as murder suicide

Both the suspected double murders occurred in Wilmslow, Cheshire, in 1996 and 1999 and Cheshire police are now carrying out a review into the findings of the report.

Bea and Howard Ainsworth were found dead in their bed in 1996.

Bea was wearing a nightdress with a knife in her forehead and had been hit in the head with a hammer and pillow.

Howard lay next to her in his pyjamas with his head in a bag.

Auriel was found to have been beaten, stabbed and suffocated, with her her partially covered by a pillow.

Donald was found to have had a knife stabbed into his heart.

Police concluded that both the cases involving Howard and Bea Ainsworth and Donald and Auriel Ward were murder suicides.

However, in her report, Davies claims that there are a number of inconsistencies in the evidence which challenge the original rulings on the two cases being murder suicide.

Stephanie Davies had voiced her concerns about the similarity in the two cases to colleagues in 1999, but they did not lead anywhere. 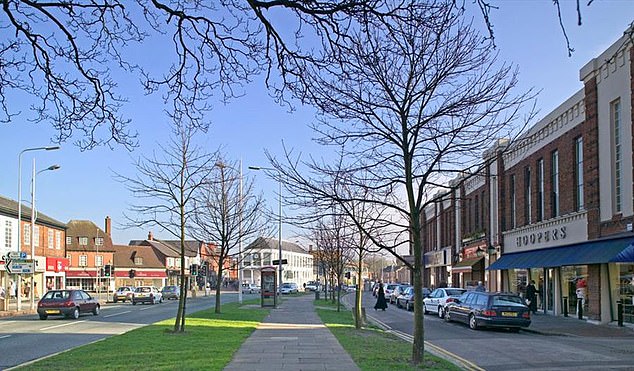 The village of Wilmslow in Cheshire (pictured) was the scene of two murder suicides, one in 1996 and the other in 1999. However, a new report suggests that the deaths may have been the work of a serial killer known to police

Davies produced the report in her spare time by examining police files and crime scene photos and is supported by evidence from her predecessor and a US-based crime-scene analysis expert.

She claims Nazir Afzal, former chief prosecutor for the northwest, said: ‘We could potentially have a serial killer in our midst. There needs to be a proper review of these cases and others which carry similar hallmarks.’

Three other cases have also been identified by Davies, in 2000, 2008 and 2011, which she believes are also related to the Wilmslow deaths.

In these three cases, police said that the husbands had stabbed their wives and hit them on the head before taking their own lives – just as had been said of the cases in the 90s.

Who are the suggested other victims of the potential serial killer?

Michael and Violet Higgins (59 and 76 respectively)

Michael and Violet Higgins were found dead on February 21, 2000, in Disbury, Manchester.

As with the other cases, Violet was discovered in her bed wearing a nightdress. She had been beaten over the head and stabbed in the neck.

Michael was found wearing pyjamas in the spare bedroom and had cuts to his neck and had also been strangled with a coathanger.

Kenneth and Eileen Martin (77 and 76 respectively)

The bodies of Kenneth and Eileen Martin were found on November 10 in 2008 in Davyhulme, Greater Manchester.

The couple were found in their garage with Eileen having suffered head injuries and cuts to her head and neck.

Kenneth was found hanged and with his throat cut.

Stanley and Peggy Wilson (92 and 89 respectively)

Stanley and Peggy Wilson were found on February 18, 2011 in Kendal Cumbria.

As with the other couples, Stanley and Peggy were found dead in their bedroom. Peggy had sustained a blow to the head and cuts to her neck.

Stanley had suffered cuts to his neck and body.