Trump calls DMZ and effective border, saying ‘nobody’ goes through it

‘That’s what they call a border’: Wall-obsessed Trump praises the effectiveness of the DMZ – which contains two MILLION landmines – and says ‘nobody’ goes through it

President Donald Trump lauded the DMZ as an impenetrable border on the eve of his visit to the fortified zone – drawing a parallel to his signature domestic political issues.

The president made the comment at the G20 summit in Osaka, after his surprise announcement that he will visit the DMZ – and outreach via Twitter to have a quick meeting with North Korean dictator Kim Jong-un if he is in the country. 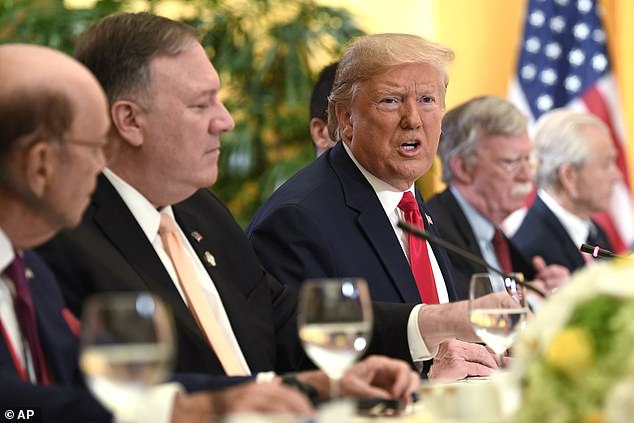 Compared the DMZ to the wall he wants to run across the southern U.S. border

‘Nobody goes through that border,’ Trump said. ‘Just about nobody. That’s called a real border. We’re going there. Going to look at it. That’s really a point of interest,’ he said.

The DMZ has been heavily fortified for decades since the 1953 Korean War armistice. It has been the site of occasional shootings of defectors as well as accidental confrontations. 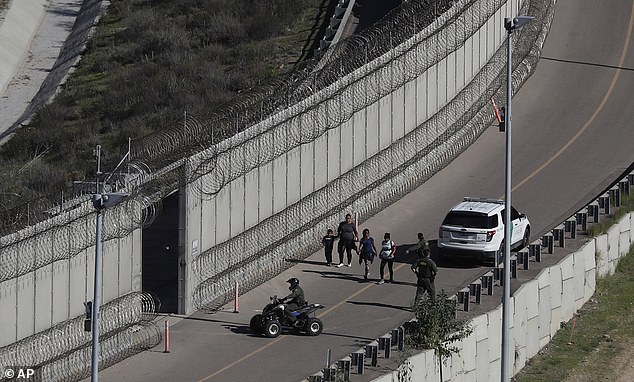 FILE – In this Dec. 16, 2018, file photo, Honduran asylum seekers are taken into custody by U.S. Border Patrol agents after the group crossed the U.S. border wall into San Diego, Calif., in this view from Tijuana, Mexico 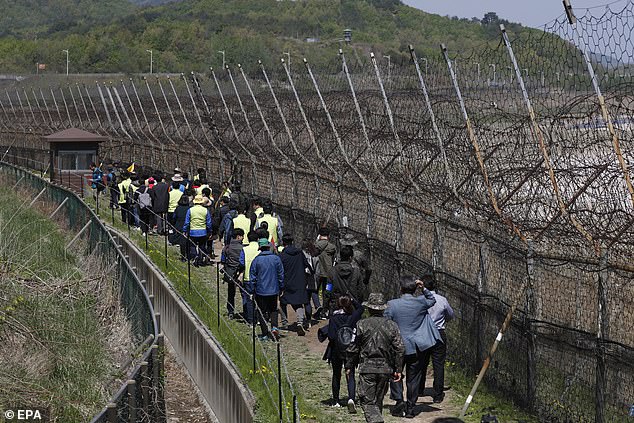 South Korean people visit the ‘DMZ Peace Trail’ near the Demilitarized Zone (DMZ) in the northeastern border town of Goseong, Gangwon province, South Korea, 27 April 2019. The path is one of the three routes near the border with North Korea proposed by the South Korean government in its plan to build ‘DMZ Peace Trails’ along the DMZ, with the other two being located in Paju and Cheorwon 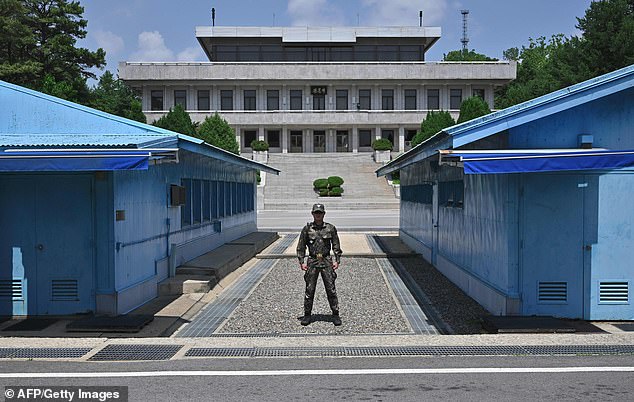 A South Korean soldier stands guard before the Military Demarcation Line (MDL) during a regular media tour at the border truce village of Panmunjom in the Demilitarised Zone (DMZ) dividing the two Koreas on June 12, 2019 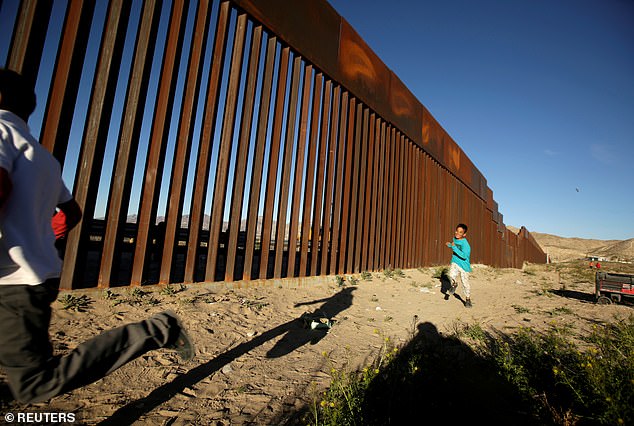 Children run along the border fence between Mexico and the United States during an inter-religious service against U.S. President Donald Trump’s border wall, in Ciudad Juarez, Mexico February 26, 2019 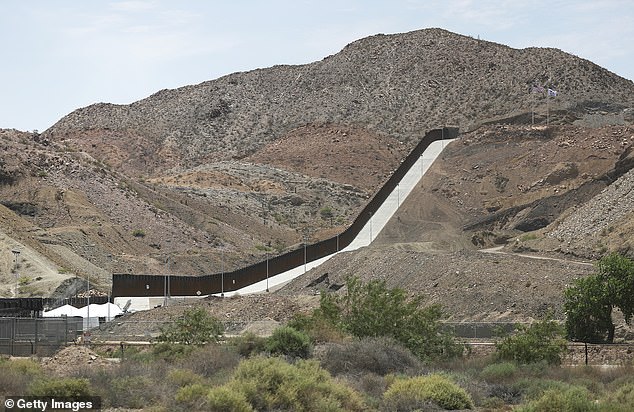 A section of border wall put in place by We Build The Wall Inc. stands on June 26, 2019 in Sunland Park, New Mexico. We Build the Wall is a non-profit organization that is funding the private construction of the section of border wall in an attempt, they say, to stem the flow of migrants and others from coming across the border illegally from Mexico into the United States 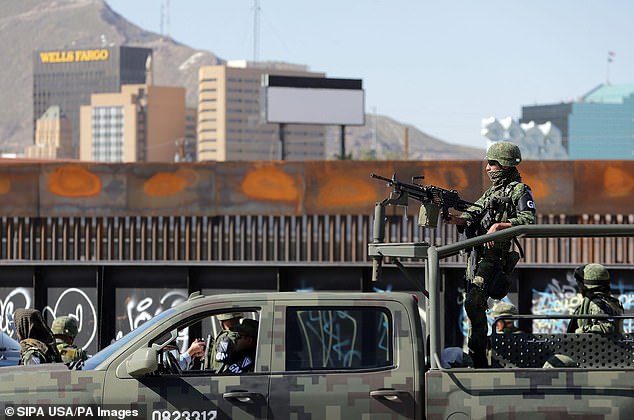 Mexican Army, National Guard, Federal Police and Chihuahua State Police patrolled the border between El Paso and Juarez Thursday. The enforcement is in response to President Donald Trump’s threat of tariffs on Mexican goods exported to the United States. The U.S. has seen a drop in illegal crossings since Mexico began enforcement of their northern and southern borders

The two sides have taken steps to reduce the chance of armed mishaps, adding buffer zones and taking out some guard towers.

However congressional Democrats have fought his efforts to construct a steel and concrete wall across the entire southern border.